Anyone still doubting what will happen if the Democrats take the White House and the Senate this November needs to look at what happened this year in Virginia.

In November 2019, Democrats won the governorship and control of both houses of the state legislature for the first time since 1993. While they had a 10-seat majority in the House of Delegates, their margin in the State Senate was a razor-thin two seats. 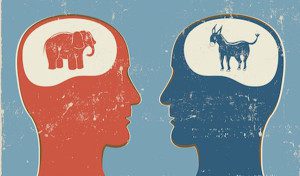 As 2020 dawned, the newly sworn-in Democrats moved with lightning speed on a broad legislative front. It was a relentless Leftist Juggernaut.

During the 60-day legislative session, Democrats passed 1,900 bills. The governor signed every one of them into law. Nearly every Leftist dream came true.

First they eviscerated gun rights. The gun control bills were so groundbreaking that Governor Ralph Northam held a special signing ceremony. The bills expanded background checks to include private sales, created severe penalties for leaving firearms near children, including inside a private home, and limited handgun sales to one a month. They also created laws that will let anyone “red flag” others as being a “threat” to public safety and having their guns confiscated.

More importantly, as Virginia is a “commonwealth,” other new laws empowered local governments to regulate the possession, carrying, storage or transport of firearms, ammunition, components or any combination of those things, and to ban guns in public spaces, including public buildings, parks and recreation centers, and during permitted events.

Local governments are even authorized to establish stricter gun control laws than exist at the federal and state level.

The Democrats and Northam ignored the reality that gun-free zones ensure that only law-ignoring criminals will be armed in public places – giving killers time to maim and murder numerous law-abiding, innocent parents and children before police arrive. The Democrats did nothing to increase penalties for using guns in committing crimes.

A second wave assailed Virginia history and culture. Lee-Jackson Day was eliminated as a state holiday. All protections for Confederate monuments ended, even for soldiers who died during the Civil War.

Then came social legislation. The Equal Rights Amendment (ERA) was ratified decades after its ratification deadline, providing the 38th state needed for final adoption, though court challenges may thwart attempts to force the ERA into the Constitution.

The “Virginia Values Act” added sexual orientation and gender identity to all Virginia anti-discrimination laws. It grants the attorney general the power to take action against anyone “engaged in a pattern or practice of resistance” to rights guaranteed by the new laws.

Abortion rights were dramatically expanded. New laws rolled back existing provisions, eliminated the 24-hour waiting period before an abortion, ended a requirement that women seeking an abortion undergo counseling and an ultrasound, eliminated the requirement that abortions be provided by a physician, allowing nurse practitioners to perform them, and abolished building code requirements on facilities where abortions are performed.

Virginia’s felony larceny threshold was raised from $500 to $1,000. Sponsors stated this will lead to fewer Virginians with felony convictions on their records.

Possession of marijuana was decriminalized and replaced with a $25 civil penalty.

Virginia also increased its gasoline tax 5 cents a year for two consecutive years, while electric cars will continue getting subsidies, free use of highways and free access to HOV lanes.

The Democrats also established a new tax on plastic bags – just before businesses of every description began requiring them to prevent the spread of COVID from reusable bags.

Virginia also became part of the National Popular Vote Interstate Compact, awarding the state’s electoral votes to the national winner of the presidential popular vote, instead of the state’s own popular vote.

Democrats have an even longer wish list at the national level: a “Green New Deal” that would replace all fossil fuels with wind, solar, biofuel and battery power; higher taxes; higher minimum wages; national gun control measures; and more.

They are invoking racism and advancing the “1619 Project,” which asserts “America is a slave nation,” to promote reparations and other laws that will eliminate America as we know it. The Left wants to erase freedom of speech in favor of “woke” sensibilities and political correctness and, of course, erase the right to bear arms and protect ourselves and our families from rampant, growing violence.

The biggest national movement of all is ending “systemic, institutional racism” and “white privilege.” But they also want to eliminate the Electoral College, make U.S. Senate seats based on population, grant statehood to the District of Columbia and Puerto Rico, and pack the Supreme Court.

Every one of these “reforms” is designed to solidify the Left’s power forever.

The only thing standing in the way of Democrats recreating the Virginia Juggernaut at the national level is the U.S. Senate’s filibuster. That’s why they are already crusading to end the filibuster. Even though it has been integral to the Senate since its founding, it is being portrayed as a recent racist manifestation.

The filibuster is the only protection for minority rights in Congress. Up to now, both parties have embraced it, as they know one day they may be out of power and need it.

The Left is banking on the November election giving them eternal power.

What happened in Virginia gives them profound hope that they will succeed. It should also scare every American who believes in this country to vote this year to defend our proud history, traditions, promises and opportunities.

Scot Faulkner is the former Chief Administrative Officer of the U.S. House of Representatives and author of the bestselling political memoir, “Naked Emperors.”

(As further background: Faulkner is also Vice President of the George Washington Institute of Living Ethics, and provides political commentary for ABC News Australia, Newsmax, and CitizenOversight. He previously served as Chief Administrative Officer of the U.S. House of Representatives, Director of Personnel for the Reagan Campaign, and on the Presidential Transition Team and Reagan White House Staff. He also held executive positions at the Federal Aviation Administration, General Services Administration and Peace Corps. He earned a Master’s in Public Administration from American University and a BA in Government & History from Lawrence University, and studied comparative government at the London School of Economics and Georgetown University.)

Wow. Imagine the leftist radicals from Virginia passed a bill to require a criminal background check to buy a gun. Something supported by the overwhelming majority of gun owners. LOL!

While that’s not the only gun law they passed, the important thing that you apparently missed was their move to the “National Popular Vote”. This completely undermines the Electoral College. “We don’t care who the majority of the state voted for, we have to align ourselves with Commiefornia and New Leningrad (York).

“Commiefornia.” That’s a good one! “New Leningrad” needs more work. How about “Commie York”? What great political discourse we have in this country. The absolute BEST name-calling political culture in the world!!!! Good for us.

Did you guys lose the comment i submitted for this story, or was there something that you found objectionable in it?

M. Collier: We didn’t delete it, but it’s possible that our spam filter zapped it. We get so many spams that we can’t even begin keep track of them- thousands weekly. Our system purges the spam file daily, so we can’t even recover it. We get these complaints occasionally. Trying to find someone to update our spam vocabulary, which is enormous, maybe too much so.

What has happened in Virginia is absolutely frightening and everybody who cares about freedom needs to take note of it. Not only is the evisceration of the Bill of Rights, in particular the 2nd Amendment, absolutely horrifying, but notice the “National popular vote” provisions. “We don’t care who the people of Virginia want,we’ll have the Socialist strongholds of Commifornia and New Leningrad (York) decide your vote for you”. WTF is happening to what was once the greatest nation in the world.

Save our freedom and the Constitution. Vote Trump 2020.