10.9% Of California Residents Face Food Scarcity, 16th Most In U.S.

The COVID-19 pandemic created economic hardship for millions of Americans. With the onset of the pandemic in the spring of 2020, the U.S. unemployment rate spiked to 14.8%, and while many jobs quickly returned, millions of workers—many of whom previously worked in lower-wage positions—are still unable to find work or have dropped out of the workforce. Despite robust government efforts to provide relief to households, many families have struggled to meet their basic needs throughout the pandemic, with more ripple effects possible as a result.

One example is food insecurity, a condition defined by the disruption of food intake or eating patterns typically due to a lack of economic resources. Because households need money to obtain an adequate, nutritious supply of food, unemployment is a major factor that contributes to food insecurity. And with the heightened unemployment seen as a result of the pandemic, up to 42 million Americans could face food insecurity at some point this year, according to a report from Feeding America.

Food insecurity is more than a consequence of economic hard times: it is also associated with a variety of health conditions. For one, food insecurity correlates strongly with obesity, as many food insecure individuals are less likely to access or afford fresh, nutritious foods and instead rely more heavily on highly processed items. Chronic disease is also exacerbated by food insecurity, particularly conditions like diabetes, hypertension, or heart disease that are highly affected by diet. And in children, who are one of the most food-insecure populations, poor or inconsistent diets due to food scarcity can contribute to developmental problems.

Food scarcity’s effects on health also extend to mental and emotional wellbeing. This has been particularly true during the pandemic, according to data from the U.S. Census Bureau’s Household Pulse Survey, which surveys U.S. adults on a variety of social and economic indicators each week. Nearly 40% of those who reported that they had sometimes or often not had enough to eat in the prior week also indicated that they felt nervous, anxious, or on edge nearly every day. Further, 35% of those facing food scarcity reported that they were unable to stop or control worrying nearly every day. 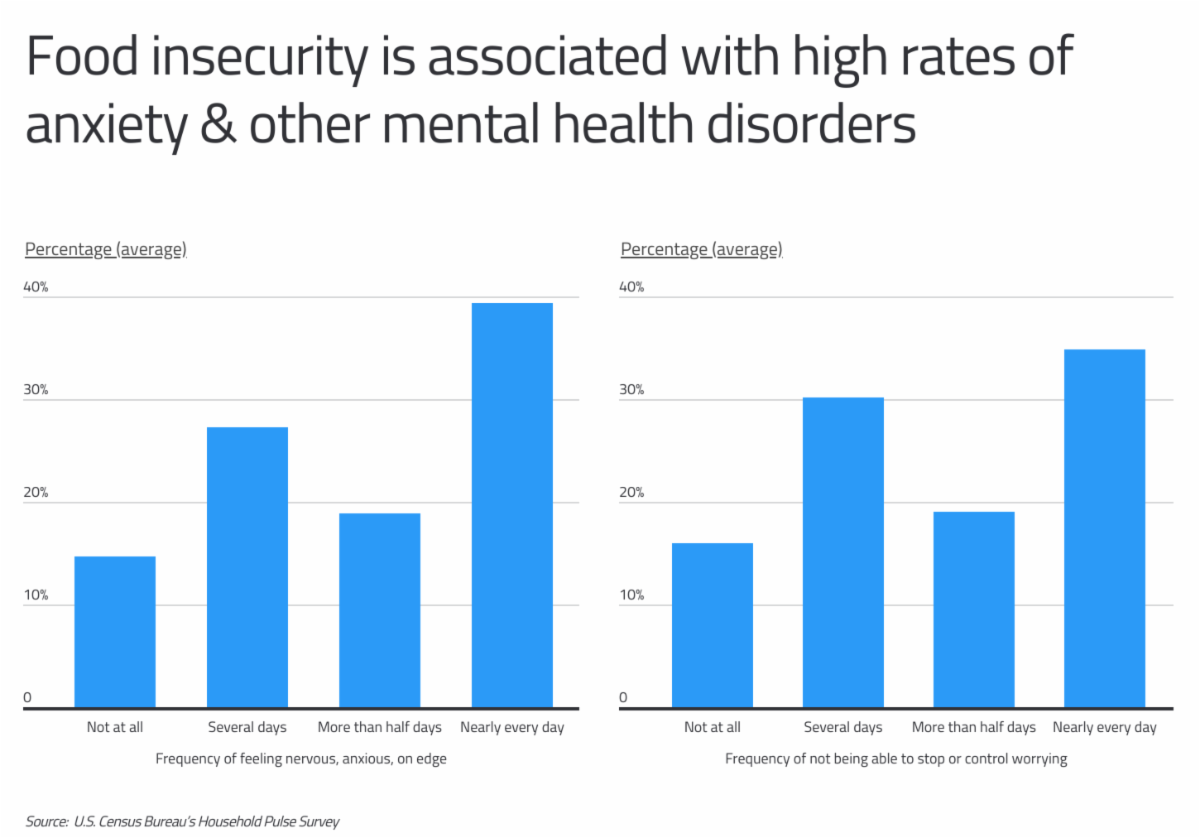 And some populations are disproportionately affected by food insecurity when compared to others. One strongly correlated factor is race and ethnicity. Nearly one in five black Americans (19.4%) reported facing food scarcity, with 17.2% of Hispanic Americans and 16.2% of multiracial Americans. In contrast, only 7.2% of White Americans are food insecure, while Asians fare best of all at 6.1%. Disparities are even starker by educational attainment: more than a quarter (25.8%) of Americans who have not completed high school reported food insecurity during the pandemic, compared to 14.1% of those who hold a high school diploma or GED and a mere 3.3% of those with a bachelor’s degree or higher. 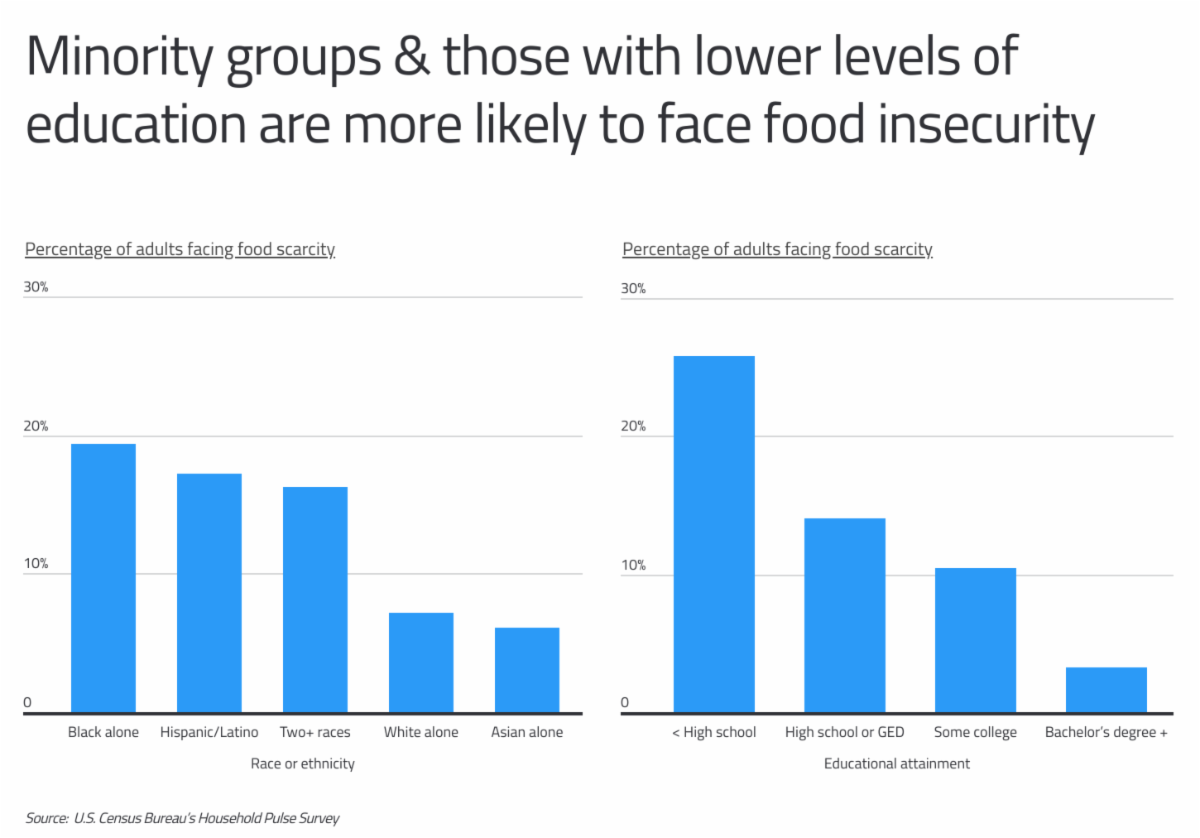 The analysis found that in California, 10.9% of adults report living in households where there is either sometimes or often not enough to eat. Overall, California has the 16th highest percentage of residents facing food scarcity in the country. Here is a summary of the data for California:

For more information, a detailed methodology, and complete results, you can find the original report on Commodity.com’s website: https://commodity.com/blog/food-scarcity/