The 1776 Commission, also known as the 1776 Project, was an advisory committee established in September 2020 by President Donald Trump to support what he called “patriotic education”. The commission released The 1776 Report on January 18, 2021, two days before the end of Trump’s term. Academic Historians overwhelmingly criticized the report, saying it was “filled with errors and partisan politics”. The commission was terminated by President Joe Biden on January 20, 2021. We have read the report and found it to be a fair and informative recounting of history. The current administration has their reasons to oppose “Patriotic Education”, but we offer this for you to read and judge for yourself.

The Thirteenth Amendment to the Constitution, passed after the Civil War, brought an end to legal slavery. Blacks enjoyed a new equality and freedom, voting for and holding elective office in states across the Union. But it did not bring an end to racism, or to the unequal treatment of blacks everywhere.

Despite the determined efforts of the postwar Reconstruction Congress to establish civil equality for freed slaves, the postbellum South ended up devolving into a system that was hardly better than slavery. The system enmeshed freedmen in relationships of extreme dependency, and used poll taxes, literacy tests, and the violence of vigilante groups like the Ku Klux Klan to prevent them from exercising their civil rights, particularly the right to vote. Jim Crow laws enforced the strict segregation of the races, and gave legal standing in some states to a pervasive subordination of blacks.

It would take a national movement composed of people from different races, ethnicities, nationalities, and religions to bring about an America fully committed to ending legal discrimination.

The Civil Rights Movement culminated in the 1960s with the passage of three major legislative reforms affecting segregation, voting, and housing rights. It presented itself, and was understood by the American people, as consistent with the principles of the founding. “When the architects of our republic wrote the magnificent words of the Constitution and the Declaration of Independence, they were signing a promissory note to which every American was to fall heir,” Martin Luther King, Jr. said in his “I Have a Dream” speech. “This note was a promise that all men, yes, black men as well as white men, would be guaranteed the unalienable rights to life, liberty, and the pursuit of happiness.”

It seemed, finally, that America’s nearly two-century effort to realize fully the principles of the Declaration had reached a culmination. But the heady spirit of the original Civil Rights Movement, whose leaders forcefully quoted the Declaration of Independence, the Constitution, and the rhetoric of the founders and of Lincoln, proved to be short-lived.

The Civil Rights Movement was almost immediately turned to programs that ran counter to the lofty ideals of the founders. The ideas that drove this change had been growing in America for decades, and they distorted many areas of policy in the half century that followed. Among the distortions was the abandonment of nondiscrimination and equal opportunity in favor of “group rights” not unlike those advanced by Calhoun and his followers. The justification for reversing the promise of color-blind civil rights was that past discrimination requires present effort, or affirmative action in the form of preferential treatment, to overcome long-accrued inequalities. Those forms of preferential treatment built up in our system over time, first in administrative rulings, then executive orders, later in congressionally passed law, and finally were sanctified by the Supreme Court.

Today, far from a regime of equal natural rights for equal citizens, enforced by the equal application of law, we have moved toward a system of explicit group privilege that, in the name of “social justice,” demands equal results and explicitly sorts citizens into “protected classes” based on race and other demographic categories. 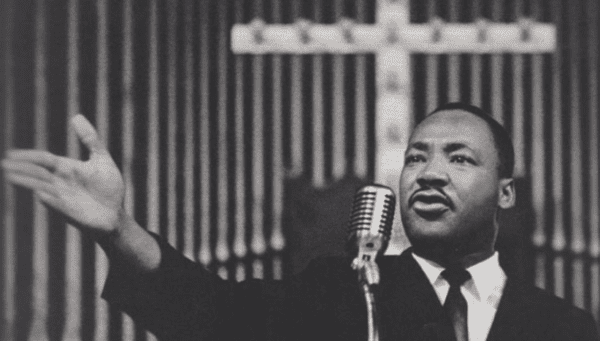 Eventually this regime of formal inequality would come to be known as “identity politics.” The stepchild of earlier rejections of the founding, identity politics (discussed in Appendix III) values people by characteristics like race, sex, and sexual orientation and holds that new times demand new rights to replace the old. This is the opposite of King’s hope that his children would “live in a nation where they will not be judged by the color of their skin but by the content of their character,” and denies that all are endowed with the unalienable rights to life, liberty, and the pursuit of happiness.

Identity politics makes it less likely that racial reconciliation and healing can be attained by pursuing Martin Luther King, Jr.’s dream for America and upholding the highest ideals of our Constitution and our Declaration of Independence.