32.8% Of California Teens Use A Phone When Driving, 8th Fewest In U.S.

Teen drivers are one of the highest-risk groups on the road. Young drivers are more likely to make mistakes from inexperience, get distracted by devices or other passengers, or engage in risky behaviors like speeding, not wearing a seatbelt, or drinking and driving.

In recent decades, more states have implemented policy change in an effort to reduce risks for teen drivers and those who share the road with them. Most notably, states have adopted graduated licensing systems that progressively scale up young drivers’ privileges on the road as they get more experience behind the wheel. States have also introduced stronger laws on the use of seatbelts, mobile devices, and substances, which apply to all motorists but are particular risk factors for teens 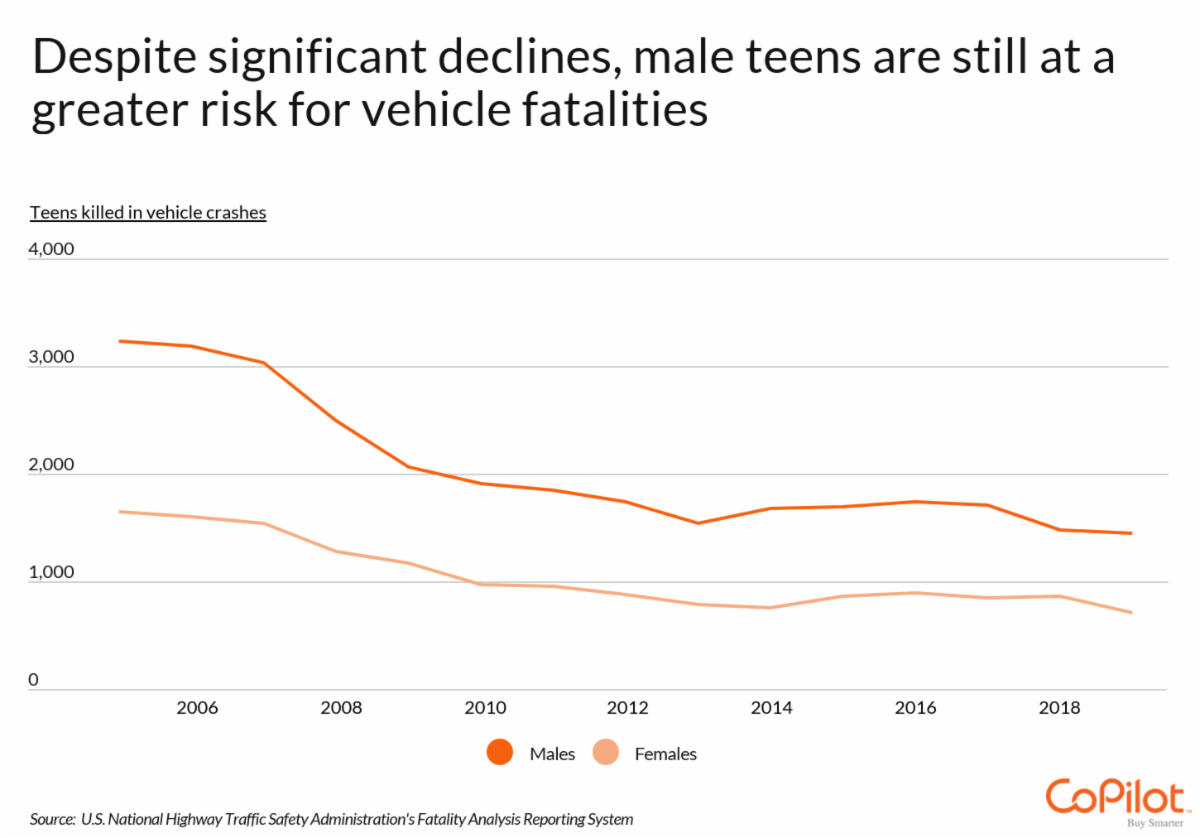 One of the factors contributing to this difference is male drivers’ tendency to engage in more risky behaviors behind the wheel compared to their female counterparts. For example, there is a statistically significant difference between the genders on seatbelt use, with 7.4% of males not wearing a seatbelt compared to 5.6% of females. Male teen drivers also have a slight, statistically insignificant edge in cell phone use (39.6% for males and 38.4% for females), though it is most concerning that the rate of phone use while driving for both genders is so high.

Distracted driving—including using a phone while behind the wheel—is highly risky, responsible for more than 3,000 vehicle deaths annually and more than 1,000 injuries each day. Some research estimates that texting while driving is even more likely to lead to a crash than driving under the influence. This is a particular issue for teens, who have high rates of phone use. 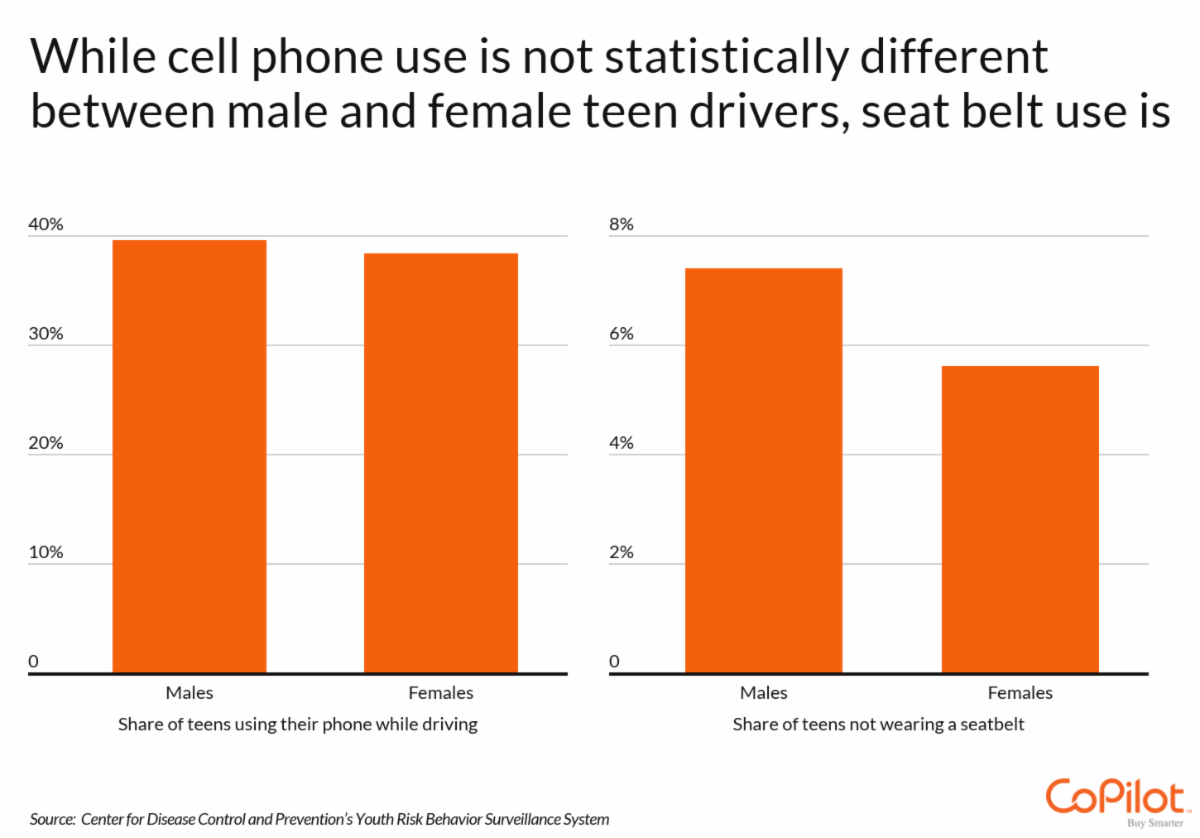 The distracted driving problem is worse in some states than others. Most of the states where teen drivers report the highest phone use are rural states in the Midwest or Mountain West, including five states where more than half of teen drivers admit to using their phones while driving. Teens in these states also tend to wear seatbelts at a lower rate than teen drivers elsewhere. The lower volume of cars on rural roads may be contributing to a false sense of safety, but vehicle accidents in rural areas are often more likely to result in injury or death.

The data used in this analysis is from the CDC’s Youth Risk Behavior Surveillance System and National Highway Traffic Safety Administration’s Fatality Analysis Reporting System. To determine the states with the most distracted teen drivers, researchers at CoPilot calculated the share of teens using their phone while driving, defined by the CDC as having texted or e-mailed while driving a car in the past 30 days. In the event of a tie, the state with the higher share of teens who don’t wear a seatbelt and/or the higher teen traffic fatality rate was ranked higher. The teen traffic fatality rate was calculated as the number of teen traffic fatalities divided by the teen population, averaged over the past five years.

The analysis found that 32.8% of California teens used their phones while driving, defined by the CDC as having texted or e-mailed while driving a car in the past 30 days. Out of the 46 states with complete data available included in the analysis, California has the 8th fewest distracted teen drivers. Here is a summary of the data for California:

For more information, a detailed methodology, and complete results, you can find the original report on CoPilot’s website: https://www.copilotsearch.com/posts/states-with-the-most-distracted-teen-drivers/