37.2% Of California Farmers Are Female, Above U.S. Average

Agriculture has historically been one of the most important industries in the U.S., but the sector has become less prominent over time. Farms have become more productive thanks to improved technology, which has changed farms’ needs for labor. Simultaneously, economic opportunities in more urbanized areas have grown at a much greater rate and attracted workers away from agricultural life. As a result, the demographic profiles of U.S. farmers are changing.

Most notably, farm producers—a person who is involved in making decisions for the farm—have been getting older on average. According to the 2017 Census of Agriculture, nearly one-third of the 3.4 million producers in the U.S. are 65 or older, and an additional 950,000 are aged 55 to 64. And fewer young people are taking their place, with only 284,000 producers under the age of 34.

But one area where the ranks of farmers are growing is female farmers. From 2012 to 2017, the number of female farm producers in the U.S. grew by more than 250,000, while the number of male producers declined by about 40,000 over the same span. Collectively, females today farm 388 million acres of U.S. farmland and are responsible for a total of $148 billion in agricultural sales. 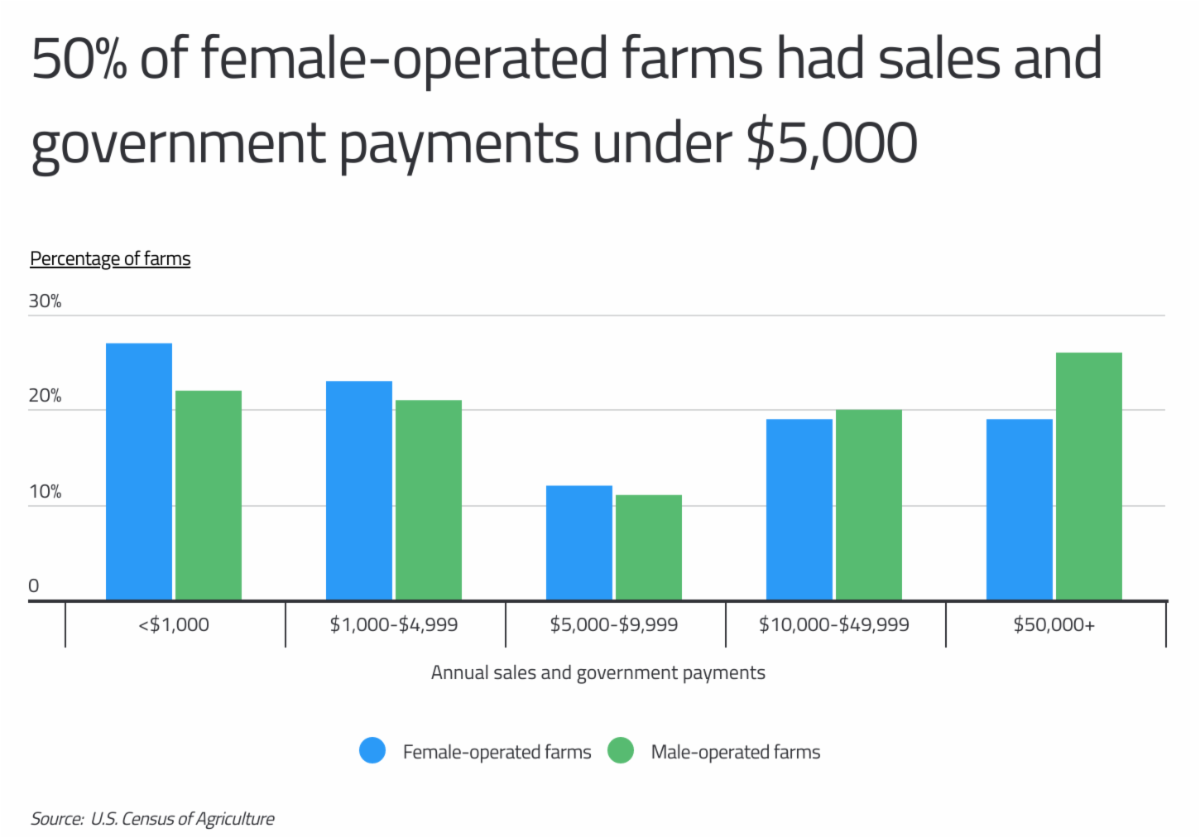 Part of the reason for this disparity is related to historical and cultural factors. Agricultural professions have historically been seen as men’s work, so opportunities for women to lead in farm operations have been more scarce. The data bears this out: male farmers are almost three times more likely than female farmers to manage a farm on which they are the only producer. Women, on the other hand, are more likely to share management roles with others, especially other male producers. 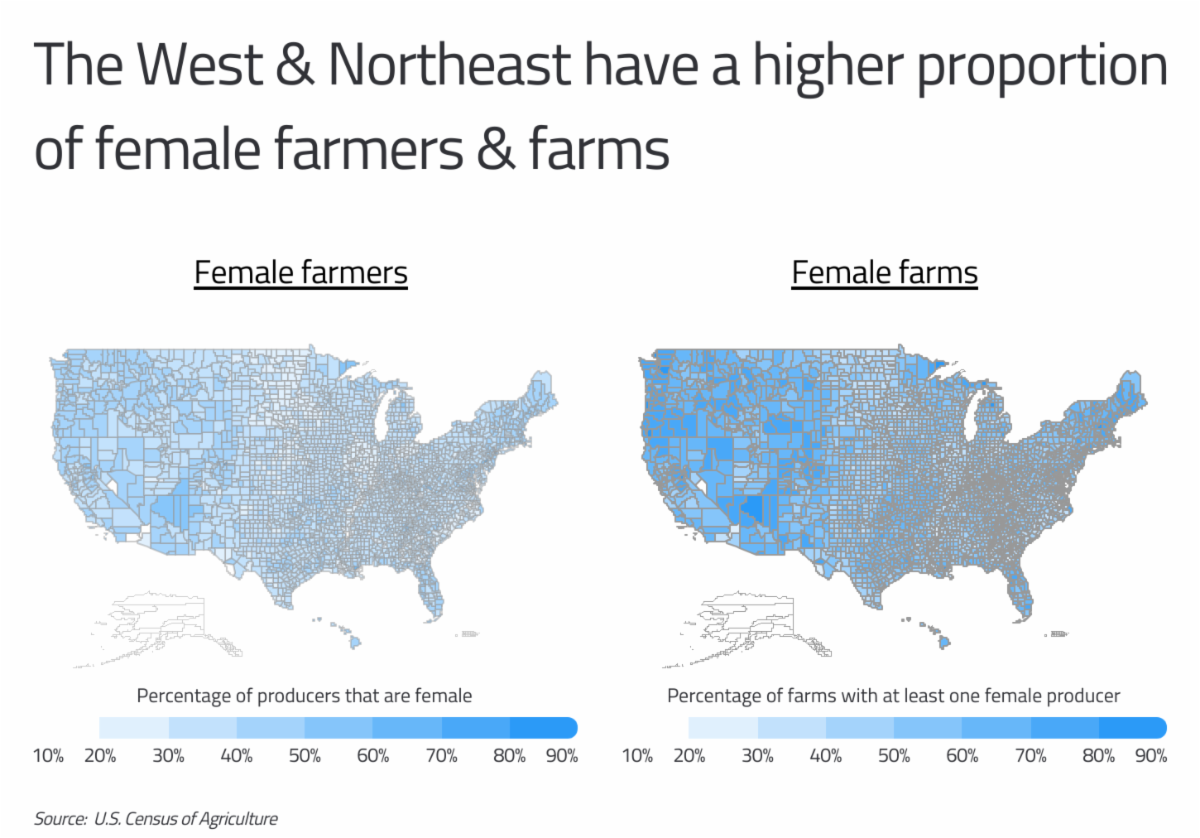 Male and female farmers also differ in where they are located. Female farmers and female-operated farms are most common in the West and Northeast-—but these locations tend to have lower agricultural productivity. These states and counties also have a lower number of farms overall. In contrast, major farming areas including the upper Midwest and the Southeast have much lower proportions of female farms and farmers, which likely contributes to the gap in earnings as well.

The data used in this analysis is from the U.S. Department of Agriculture. To determine the states with the most female farmers, researchers at Commodity.com calculated the percentage of producers that are female for each state. In the event of a tie, the state with the greater number of total female producers was ranked higher. Researchers also included statistics on the number of farms with at least one female producer and the total number of farms.

The analysis found that in California, 59.8% of all farms report having at least one female farm producer working there. Overall, 37.2% of all California farm producers are women. Here is a summary of the data for California:

For more information, a detailed methodology, and complete results, you can find the original report on Commodity.com’s website: https://commodity.com/blog/most-female-farmers/