A Votar Mi Gente: Our Democratic Destiny is in our Vote! Part One

National Politics: With less than two weeks before the Presidential Election, the stakes have never been higher. We must all vote like our lives depend on it! It is also incredibly important to focus on the local races because what happens in Washington, D.C., is going to play out in Oxnard. Trickledown economics is a capitalistic fraud and local politicians, undeterred and playing to the frightened electorate, have followed the failed trickledown community safety and policing in lock step with the national and international trends that the politicos in Washington have been pushing for over 50 years. On an international level military might makes right, and on a national and local level the more police the safer the community has been the 50 year old mantra of every politician in America. This madness must stop! 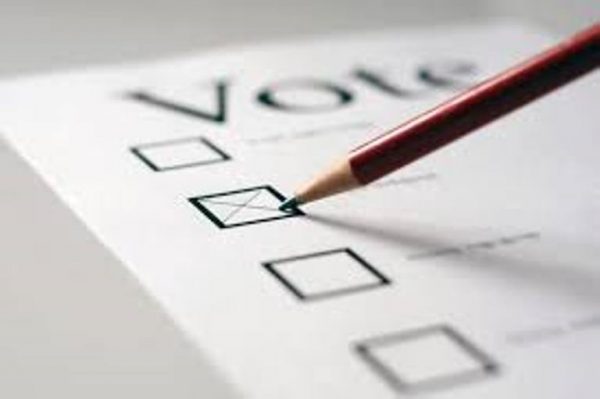 Add trickle down democracy, with the rich and the well-connected calling all the political shots and we have a trifecta of economic, democratic and law enforcement trickledown policies of the past 50 years that have been dismal failures to a majority of Americans, especially those American of color. We have the greatest disparity in income distribution in our countries history, while at the same time we are the most punitive nation in the world, as more the 2.5 million adults and more than 700 thousand juveniles are behind bars or monitored supervision, and finally a broken democratic system of government that seems to only respond to big money, huge corporations and crooked politicians. So 4 more years of Trump simply means more income disparity, more wars, more incarcerated Americans, more suffering and anguish for 98% of the American population. With Biden in office the corporate Democratic will again take control of the White House, maybe, just maybe, the Democrats, with unrelenting pressure from the working class, will break with corporate big money and the current stranglehold they have on our democracy and return governance back to the people.

Here are the local issues that we that live, work, and love in Oxnard should be focused on:

Local Governance: After the 2016 election, for the first time in our history, we have in Oxnard a majority of four (4) Latinas/os as city council members. There are three Latinas for the first time in the 120 year history of Oxnard. At the time this electoral shift took place it appeared to be great news, it was long overdue, we had high hopes for this Latino majority! Finally it appeared the will, the power and hard work of the people has been heard through the power of the ballot box. Collectively the 4 current Latinos in office represent a dismal failure to the hard work, dreams and aspirations of the Latina/o vote that got them elected.

In 2020 Latinos will represent up to 80 % of the population currently totalling approximately 275,000 residents in Oxnard (depending on who is conducting the census) and four Latina/o city council members who have shown little to no leadership ability and have been instead controled, bamboozled and out maneuvered on every pivotal decision and action by the three white conservative men that have absolute power on the city council. We need a drastic change in city hall and that is why Lucy Cartagena and Karla Alejandra are the best candidates for city council this election year In Oxnard. Both women are leaders, intelligent, ethical and nobody outworks them. Both Lucy and Karla through their many years of community work and experience have demonstrated time and again that they know their constituency, even now not yet in office they faithfully serve their local constituency.  The two women bring the hardworking, knowledgeable and intelligent leadership that we need in Oxnard today!

The Local Economy: The city of Oxnard budget was in trouble before the pandemic and now with the resurgence of Covid-19 at the end of the year it looks like the projected 10 million dollar shortfall is going to be even bigger. For some of many of our campesinos and factory workers in the greater Oxnard area the pandemic has made life even more dangerous and precarious, but they still have to show up to work when the work and the bosses demand it, if not, quite simply they are fired and out of a job. A great percentage of the Oxnard work force is by definition front line workers, that put their health and lives on the line every day. We need more local support for the frontline field and factory workers of Oxnard! For many small business owner, such as myself, it has meant closing the business down, taking some type of other job and waiting for the mysterious and resilient pandemic to play itself out. Many more of us small business owners have gone or will go broke before then. It appears that Amazon will be coming to Oxnard and that will be good news to those 1500 individuals that get jobs with the corporation. My question for the city council is how the secretive, protracted were and complex negotiations conducted and what concessions did the city make to Amazon, without full disclosure to the residents? What did the city get in return form Amazon?

Like many cities throughout the United States, Oxnard will have a hard and rocky road to economic recovery and vitality. Oxnard is blessed with one of the greatest workforces in the entire nation and with the right combination of economic imagination, leadership and hard work at city hall Oxnard will recover with a frontline blue collar force leading the way!

Community Safety: It took nearly two decades for the Oxnard Police Department (OPD) to concede and abolish the Civil “Gang” Injunction as a costly (in the hundreds of thousands of dollars) and unconstitutional mistake. With the national movement to Reform American Police Departments it is time for an Oxnard Community Police Review Board that will be in charge of the OPD budget, law enforcement policies, community engagement strategies, and the future community safety model that will bring the OPD into the 21st century. This will not happen until we replace city council members that have been nothing more than lapdogs for the cops. The new city council members must be astute enough to look at local and national police history and discern that more cops do not make for a safer, more peaceful, and vibrant city. Couple this with the fact that every year the OPD yearly budget (proposed 2020-2021 fiscal year OPD is $74,817,092) threatens to break the city. Yes, Oxnard has a cop budgetary problem that is only going to get more acute. This is why we need bold, creative leadership at the city council level to take on the cops and their powerful union.

Art and Culture: National and local studies have shown time and again that Art and Culture are critical components that should be “woven into the everyday lives fabric” of all Oxnard residents. Community art and culture plays a unique and substantial part in the vitality, prosperity and safety of a community. In less than a decade, the city of Oxnard has shuttered and closed the Carnegie Museum, The Children’s’ Gull Wing Museum, and The Preforming Arts Center is on life support. Small non-profits like the Acuna Art Gallery & Cultural Center, Arts for Action, and  Create don’t Destroy the Art Culture, as well as other fledgling art groups are all out of business due to lack of institutional support. There is a huge creative and spiritual gap that the absence of art and culture creates here in Oxnard and there does not seem to be  institutional leadership or creativity to resurrect the local arts and cultural scene in our town. This is a sad commentary because as I have noted before Oxnard has one of the greatest pool of world class arts, writers, dancers, singers and performers all waiting to get that institutional helping hand, that appears for now will never come.

The Local Environment: The city of Oxnard is blessed with having one of the most beautiful coastline in California despite the fact that over the years ( 120 years and counting) industrial corporations have done their absolute best to try to contaminate and degrade the coastline. Couple this industrial assault on our coastline with the countless tons of toxic chemicals that are sprayed and dumped into our agricultural lands that dominate the Oxnard landscape and we have a major health and environmental degradation problem that will only get worse if we do not act now. Amazon is coming to town, and their new state of the arts building will be situated on the old Sakioka agricultural land in the vicinity of Rice and Del Norte. It would be creative progressive leadership and ingenuity on the part of the city council to negotiate out a rescue and rehabilitation plan of Ormond Beach and other contaminated coastal sites with one of the richest corporations in the world and future corporations that want to do business in Oxnard. This can happen but only if we have creative, intelligent, hardworking and creative leadership in city hall!

Oy! Where did you get this clown to write for you? This hateful guy is awful, his politics are toxic.

Armando Vazquez DOES NOT write for Citizens Journal. He is an op-ed contributor.

And Vazquez is more free to openly opine here, than either of us would be on the Ventura County Star, J.Bee NP Publishing dba The Acorn, or any of the college student publications in the county. Can you say, ‘ironic’?