Treatments for COVID-19 incorporating hot-button drugs such as ivermectin and hydroxychloroquine are being secretly adopted by National Football League teams, according to one of the NFL’s biggest stars.

“I do know, behind the scenes — this is 100% true — there are many teams who are recommending a lot of the same treatments that I got for their players,” Green Bay Packers quarterback Aaron Rodgers said in an interview Tuesday with Pat McAfee’s SirusXM show.

Rodgers was referring to his highly publicized bout last month with COVID-19, from which he quickly recovered. 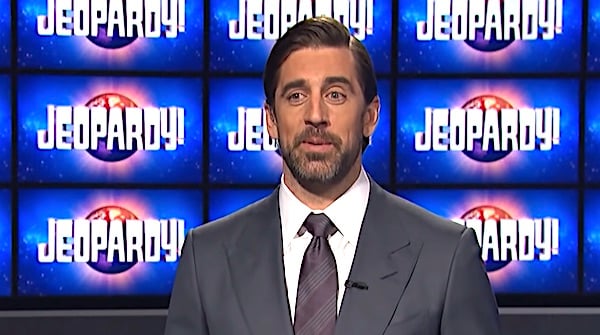 In the interview, the future Hall of Famer took aim at the censorship of criticism of the COVID-19 vaccines.

Along with ivermectin and hydroxychloroquine, Rodgers was treated for COVID-19 with monoclonal antibodies, zinc, and vitamins C and D. The Packers star told McAfee the treatment was recommended by podcaster and friend Joe Rogan, who recovered quickly from his own bout with COVID-19.

“I’m not some uneducated person who’s throwing stuff out there,” Rodgers said. “If you want to rip on me because I took horse dewormer, and whatever else you want to talk about, that’s fine. But I also got better in 48 hours. And I had symptoms.”

The reference was to ivermectin, which establishment media, in lock step, derided as “horse dewormer,” ignoring the fact that it has been administered more than 4 billion times to people around the world and has antiviral properties shown to be effective in the treatment of COVID in dozens of studies.

"If science can't be questioned it's not science anymore it's propaganda & that's the truth" ~@AaronRodgers12#PatMcAfeeShowLIVE pic.twitter.com/8PHGdTgYmc

Rodgers called for a debate about the COVID vaccines between CNN medical correspondent Dr. Sanjay Gupta and Dr. Peter McCullough, whose recent interview with Rogan has drawn more than 40 million views.

“Let’s have a debate,” Rodgers said. “Let’s hear about sides. Wouldn’t that be awesome?”

He asked further: “When did we lose the ability to respect somebody’s opinion?’ he continued. ‘My thoughts are just my own opinion on this matter.”

WND reported Tuesday the NFL’s chief medical officer is affirming studies that show the COVID-19 pandemic is being driven by symptomatic individuals. The fear of asymptomatic or pre-symptomatic spread is largely the premise for the COVID-19 lockdowns and mask mandates. 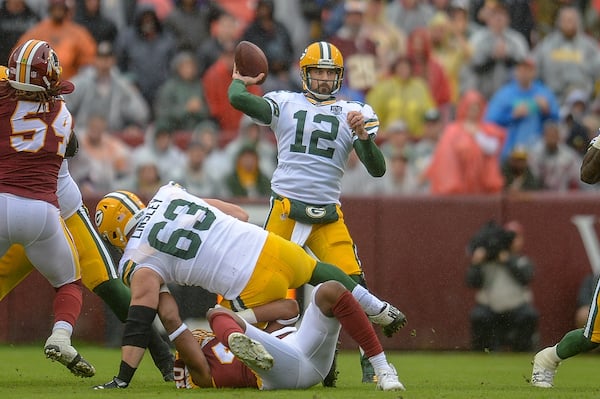 Rodgers described himself as “immunized” when asked during training camp in August if he had been vaccinated for COVID-19, without disclosing he was referring to treatments prescribed by a doctor.

In early November, his vaccination status came to light, prompting a media firestorm. when he tested positive for COVID-19 and was required to quarantine for 10 days, according to league rules. In a previous interview with McAfee, Rodgers apologized “to anybody who felt misled.”

Global ‘propaganda campaign’
Dr. Robert Malone, the inventor of the mRNA technology used in the Pfizer and Moderna mRNA vaccines, believes more than 500,000 American lives could have been saved if White House coronavirus adviser Dr. Anthony Fauci and the government health establishment did not undermine effective COVID-19 early treatments such as ivermectin and hydroxychloroquine.

In a video interview with WND earlier this month, Malone talked about a global “propaganda campaign” that includes the “hunting of physicians” to “try to delegitimize and damage the ability of physicians who are administering early, life-saving treatments.”

A 2005 study indexed in the National Institutes of Health library found chloroquine, from which hydroxychloroquine is derived, had “strong antiviral effects” on SARS-CoV-1, which is about 90% the same as SARS-CoV-2, the virus that causes COVID-19.

Ivermectin, as WND reported, is featured on the NIH website as a treatment for COVID-19 that is “under evaluation.”

In fact, ivermectin is the second drug listed – under the highly touted, expensive COVID-19 drug with many side effects, remdesivir – on the NIH page, which is titled “Antiviral Agents That Are Approved or Under Evaluation for the Treatment of COVID-19.”

I ask a simple question, did Dr. Fauci’s response to COVID-19 work? 788,000 lives lost, many because he ignored and sabotaged early treatment using cheap, available, generic drugs in favor of a vaccine that is not as safe or effective as we all hoped it would be.

Repurposed meds. Meds with long established safety profiles and that are off patent (cheap and easy to produce). Anti parasitic meds found to have antiviral properties. It’s really not some new concept. But go on and ridicule it pic.twitter.com/wHru13yHL2

As WND reported, a physician and medical researcher who is suing his Virginia hospital for preventing him from treating COVID-19 patients with ivermectin says his legal effort is on behalf of physicians across the United States and around the world whose relationship with their patients has been sabotaged.

Dr. Paul Marik, a professor at Eastern Virginia Medical School, says it’s “completely outrageous” that the hospital in Norfolk where he serves as ICU director is telling physicians what they can prescribe and not prescribe, violating the doctor-patient relationship and the Hippocratic Oath.

Marik was a co-author of a peer-reviewed study published in February by the American Journal of Therapeutics that found that ivermectin reduces coronavirus infections, hospitalizations and deaths by about 75%.