OXNARD – Oxnard Mayor Tim Flynn and City Manager Alex Nguyen recently offered their perspective on the failed negotiations between the city and Amazon’s representatives, Seefried Properties, in building a distribution center at the Sakioka Farms site. 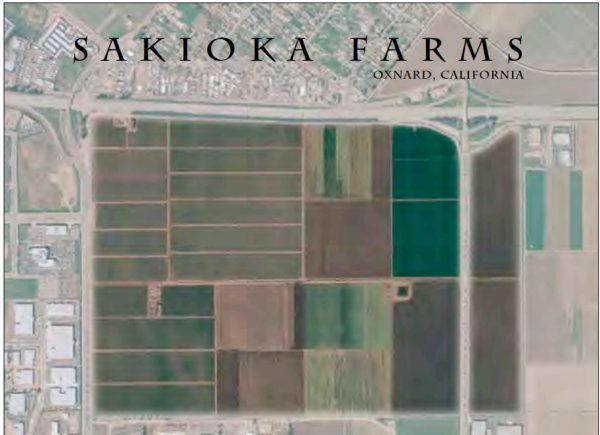 Nguyen expressed “frustration about how bureaucratic” the system was and said, “we didn’t bend enough.” He added that they were “short staffed,” causing low morale. Explaining what went wrong Nguyen said, “We couldn’t come to agreement on core safety issues inside the building.” He failed to elaborate citing confidentiality. Ashley Golden, Asst. City Manager and former Development Manager), stated that she was “disappointed” that Amazon walked away and shared her desire to offer a business proposal that would work for them that would also be in compliance with the site’s Specific Plan and EIR requirements approved in 2000. She explained that when the 1.7 million square foot area is built out, the Specific Plan requires a fire station and back then no one envisioned that the first building to come in would encompass 2.6 million sq. ft.

The Amazon “Gaucho Project” difficulties triggered a close review of city processes and procedures. As a result, the city implemented reforms. Nguyen said that he acknowledged and looked at the problems including speaking to former applicants. “I recognize this was a problem,” admitted Nguyen. “We’re fixing it.” The prior Process Mapping Flow Chart revealed stunning, egregious examples of dozens of reviews and hurdles for potential developers which angered Nguyen. He sought to bring to his team a cultural “understanding that we’re regulators and facilitators.”

Key improvements include appointing a project manager, gathering all parties at the beginning of the process so there is a clear vision of the “big picture instead of piecemeal,” and developers no longer have to go to the back of the line during each step of the process.

He cautioned, however, current efforts to bring “permit simplicity,” saying it is “one of the most dangerous things you can do.” This was in reference to the ballot initiative filed by Aaron Starr of Moving Oxnard Forward.

Jeff Lambert, Community Development Director, reported recommendations to the City Council for Development Review Process Improvements in a May 21, 2019 report. He wrote, “The City of Oxnard has acknowledged these common complaints and strives to address these issues and improve the development review process to provide more certainty in the process and timelines and more predictability in the expected outcomes.”

Lambert said, “It’s a process. There’s lots to improve on.” He’s put two people in place to speed up the process, but mentioned that improvements require more staff. One area that’s already made great strides is the time it takes to calculate fees. It currently takes a week; whereas, it used to be 30-60 days. “The systems are not automated,” he mentioned, but expect to launch a new automated program and public portal in the fall. Several projects are in the pipeline including two hotels at Riverpark, a couple hundred homes in the Northshore Project (in 9-3-19 Council Agenda), and a new elementary school included with the Seabridge Development.

Flynn expressed his desire to “showcase the property” at Sakioka during the bid for an Amazon headquarters which had the potential to bring in high salaried jobs. He said that it is “prime land” and feels Oxnard should “set sights high” to attract companies with “new economy jobs” to come to the area. The proposed Amazon distribution center, did not offer the same benefits as a headquarters.

The Mayor expressed concern that many Oxnard residents are spending their disposable income outside the city which dampens the local economy. As a former educator, he recognizes the influence of local schools on the economy noting that some families leave the area for better schools. Magnet schools, he proposed, could be a solution to this problem citing a 1200 student waiting list for Juan Soria dual immersion school.

Discussions with Nguyen also underscored the relationship between local schools and the economy and the role families play in education. Nguyen pointed out that “schools are struggling” and would like to see a major research university in the city, while Flynn touted the naval base as a great asset. 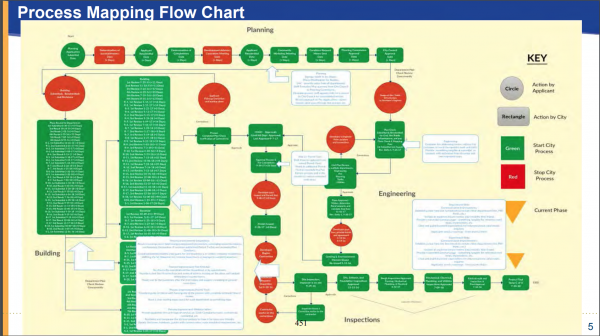 In further discussion regarding the economy, Flynn lamented that budgets cuts dissolved the Economic Development Department with only the Economic Development Director’s position remaining. Nguyen wants to focus on business retention and would like to see existing businesses grow and expand in Oxnard. He believes a major research university will provide a “steady supply of qualified employees” businesses seek.

Panel Picks Farm Site as Best for University : Oxnard: A 231-acre parcel is ranked No. 1 on a new list of nine possible locations for a Cal State campus. Taylor Ranch– which had been the first choice–is not included.

This is a systemic problem in most California cities. Self engorging bureaucracies are unaccountable for over regulating growth, and then claim they cannot fix the problems without adding more bureaucrats. If the problem would be fixed by adding more bureaucrats to fix it, would the bureaucracy then downsize or would the bureaucracy remain the same with additional pension liabilities for the taxpayers? Until the voters vote for smaller government, this problem will persist and other states will benefit.

It is about time that the mayor of Oxnard and the people in charge realize that the quality citizens are shopping elsewhere because it is not a safe city. Time to improve the quality of people in this town and get rid of the scum that chases everyone away.