Amazon is Coming to Oxnard: Please Don’t Shoot the Messenger!

Amazon takes on the World: The creation of Amazon, in 1994, by Jeff Bezos, is by any standard an incredible American entrepreneurial success story. Legend has it that Bezos borrowed $250,000 from his folks, and in the small makeshift garage of his rented Bellevue, Washington home he launched his online Amazon bookstore. It became an instant success and within two months Amazon had customers in all 50 states and had sold books to customers in over 45 countries throughout the world. Shopping for products would never be the same. In 1998 online sales of CDS and DVDs would begin. The expansion of online sales, over the next two decades, would be exponentially driven by insatiable consumer demand, until today you are hard pressed to think about any product that cannot be purchased online from Amazon. 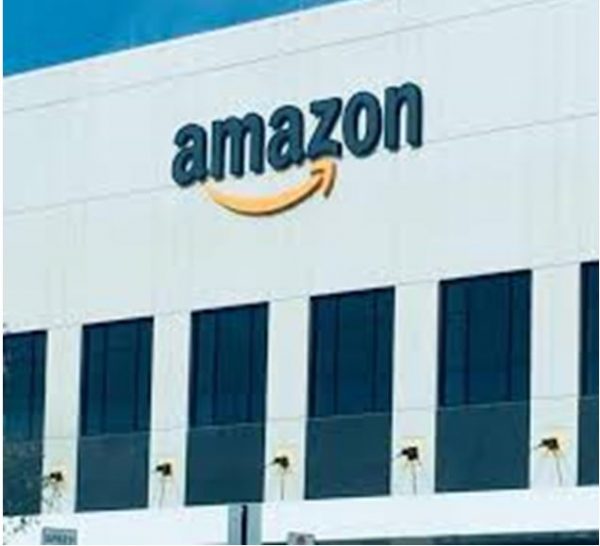 Today, Amazon is valued at $1.7 trillion dollars, making it the most valuable public company in the world, and in the process making Jeff Bezos the richest man on earth! In 2020 it is reported that Amazon has more than 119 “Fulfilment Centers” in the United States employing more than 1 million workers, and more than 185 centers throughout the world, employing more than 1.2 million workers. Amazon pays U.S. employees a minimum wage of $15.00 an hour. Wages for workers outside of the United States varies and reliable wage information for these international employees is hard to verify.

Amazon in Oxnard: In October, 2020, officials from the city of Oxnard announced that they had finalized their very secretive negotiations with Amazon and that the behemoth online corporation would be coming to Oxnard and have a “Fulfilment Center”, operational and open for business by the end of 2021.  Gushing with pride like they had just hit the jackpot, or gotten an official genuine autograph from Cowboys owner Jerry Jones, city officials were quoted as estimating that with the arrival of Amazon’s reported 1,500 employment positions, an additional 8,700 ancillary/supportive jobs would be created throughout the greater Oxnard area. In addition the city officials reported that Oxnard will be the beneficiary of a substantial, currently undetermined, tax base from Amazon in the coming years.

Benefits: Jobs, Jobs, Jobs, and Taxes: In the October, 2020 Oxnard City Manager Alexander Nguyen reported that the city did not “offer or provide any tax breaks to the company” We are told by city officials that in an international and nationwide search for a new “Fulfilment Center” the city of Oxnard won the fierce competition to partner with Amazon in Oxnard, without providing any tax breaks. If this is the case then great work was done on the part of the city officials involved in finalizing the business deal with Amazon, however the public will never really know what really occurred behind those very secretive negotiations. It was also reported by city officials that the once cumbersome business permit process was streamlined and made more user friendly. If true, this much needed correction to the business permit process is a welcome and much needed step that will benefit and promote future business ventures in the Oxnard.

The jobs that are coming to Oxnard are much needed and will be welcomed in our community. A reported 1,500 full-time employment positions, and another projected 8,700 ancillary and supportive jobs in the greater Oxnard and Ventura County area. It has been reported that Oxnard College, the city of Oxnard and Amazon have developed a partnership to help train and prepare the future workforce for Amazon. With Amazon coming to Oxnard, it is fair to assume that other local and national businesses will take a serious second look at Oxnard as a future home. This new projected business activity can go a long way in combating the negative business reputation that Oxnard has had for a long time. A traditional business analysis would appear to provide a rather upbeat and resurgent Oxnard business future.

Liabilities, once inside the belly of the beast: Common sense and logic tell us that lots of workers, handling lots of products, in a very crowded, demanding and highly technologically scrutinized worksite will inventible produce a high stress workplace. This workplace will be prone to a high percentage of workplace accidents and injuries.

A worker in the huge New York City “Fulfilment Center” reported that she worked three 12-hour shifts from late 2018 to 2020. As a sorter, her job was to inspect and scan at a rate of 1,800 packages an hour. The gruelling, unrelenting and mandatory work pace was becoming too much for the worker and she  along with 600 other workers in the New York City warehouse signed and delivered a workers petition, demanding that Amazon improve working conditions onsite. The petition among other demands called for a one 30-minute break, reliable and safe public transit service to the warehouse, attention and timely management response to high injury rates at the facility that were three time the national average(OSHA) for warehouse work.

Other Amazon workers complained that they are “written up” for incidents and situations that they have no control over, such as faulty machinery, “leaking or exploding liquid packages” that slowed the sorting to “unacceptable” work processing levels, heavy bulky items that are extremely hard to process in the mandatory time allotted. These workers were “written up” for work place situations beyond their control and some of these workers were terminated.

“I’m not a robot” that is what one picker complained about after he quit working at Amazon due to the stress from the mandatory work demand of picking 400 units (a unit every seven seconds) within the hour. Another worker quit after two years of working as a packer where he was required to pack 700 items per hour. He said workers were fired because that could not keep up with the mandatory work speed. Another disgruntled worker complained about the computerized surveillance of all the workers in the warehouse. The surveillance of the worker is everywhere he complained, “You know the computers are tracking you work productivity. It is the algorithm, not the managers that report or write you up. It is the computers that get you fired” These are some of the complaints and observations reported in the United States by workers.

A recent online campaign by international Amazon workers called, “Make Amazon Pay”, calls on the corporation to immediately provide safer and better working conditions. “During the Covid-19 pandemic, Amazon became a trillion dollar corporation, with CEO Jeff Bezos becoming the first man in history to amass $200 billion in personal wealth,” the campaign states on its website, “Meanwhile, Amazon warehouse workers risk their lives as essential workers, and faced threats and intimidation if they spoke out for their rights to a fair wage.” The international Amazon workers movement indicates that they are making preparation to strike if the corporations does not meet their demands. No such action is being currently contemplated by Amazon workers in the United States, but this could change dramatically in the coming year especially if the pandemic continues to rage unabated. “The pandemic has exposed how Amazon places profit ahead of workers, society and our planet,” the international coalition states in its website, “Amazon takes too much and gives back too little. It is time to Make Amazon Pay.”

Don’t Listen to what they Say, Watch what they Do:  Oxnard city officials saw no downside to the mega-deal between the city of Oxnard and Amazon. Outgoing Mayor Tim Flynn stated flatly, “I don’t have any concerns. This is a win-win situation”. City Manager Alexander Nguyen indicated the deal with Amazon, “Could not have come at a better time.” Amazon company spokesman Andre Almeida indicated that his corporation was looking forward to working with city of Oxnard, “and creating more than 1,500 new full-time jobs… The new Fulfilment Center will utilize Amazon Robotics, with 24 years’ worth of technological innovations” The only folks in this equation that have not been heard from yet are the 1,500 new workers that Amazon has hired and will continue to hire. You can be sure that once the Fulfilment Center is opened for business sometime in 2021 we will be hearing plenty from the local workforce.

There is absolutely no good business reason for Amazon to abuse its workforce in Oxnard or throughout the United States and the world. However, we have witnessed major American corporations, time and again, abuse their workers, cutting cost saving corners at the expense of worker health and safety. Amazon, as the richest public corporation in the world, has a moral and ethical responsibility to do the right thing by its workers. We, the 1,500 workforce and community, were excluded from the initial bargaining and negotiation process, we will not be excluded from future workforce deliberations and collective bargaining actions that will assure the protection, the health and safety of the workers, their families and the entire greater Oxnard area. “We are excited to join the (Oxnard) community” is the way Andre Almeida, Regional Director of Amazon Operations, put it. The community of Oxnard is also excited about the new business partnership, but we will also be vigilant and support our local workforce to make sure that Amazon in Oxnard gives as much to the community as it takes!

Unless the Labor Code has been drastically gutted in CA, several of the allegations in the article are in direct violation of same. Anything over eight hours in CA is overtime. I am not involved with employees any longer, but the last time I was, twelve hour shifts had very specific criteria set down. That can only be “waived” by the State of California and much as Bezos would like that to happen, I just don’t see it. Secondly, mandatory breaks are also in the Labor Code. Working such periods without a lunch break and mandatory break periods for every four hours worked are also set forth in the Labor Code. Labor Code violations are enforced by fines. Now, it may be that some companies may violate the labor code hoping to skate under the radar but I would suggest that Amazon is under too much scrutiny to risk such violations. There are distribution centers in other locales in CA. It would be interesting to see the adherence to the Labor Code in those locations.

Not to worry, however, with such a huge labor force, the impetus to automate is very strong. This employment is only temporary as more and more automation will delete more and more jobs in warehousing. Already computerized scanning and robots have made many jobs in that field obsolete.

My advice to workers in the Amazon plant: Don’t plan on making this a lifetime job. You will not retire from Amazon but will be replace with robotics before you are there 20 years.