America in Transition: Two Things Donald Trump Can Do to Burnish His Legacy

This column assumes that Joe Biden has won the 2020 US presidential election. While that SEEMS like a safe assumption — it would take successful legal challenges in several states to change the outcome — it IS an assumption. I could be writing for naught.

But if Joe Biden is locked in as the next president of the United States, Donald Trump has more than two months remaining in office. During that time, there are several steps he can and should take to burnish his legacy and set himself up to be remembered more kindly than his first four years and ten months in office might otherwise merit. Here are two of them. 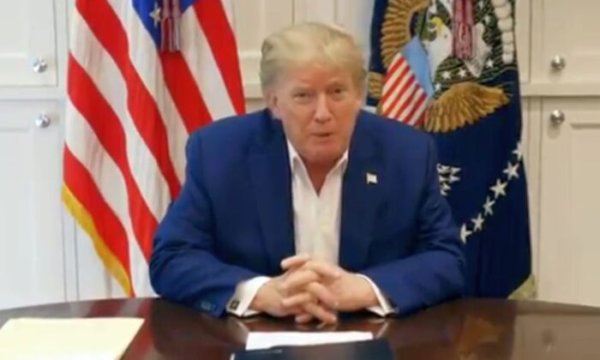 First: Trump ran on, and has frequently talked about, “ending the forever wars.” He could deliver on a big chunk of that promise by ordering the US armed forces to withdraw all US troops (other than embassy guard) from Afghanistan and Syria by Christmas.

That order should be accompanied by an explicit warning that generals who drag their feet, comment to the press that they don’t think he “really means it,” etc., will be promptly relieved of duty and replaced by generals who enthusiastically tackle the tasks their commander in chief assigns them. We’ve had four years of resistance from the generals and excuses from bureaucrats. It’s time to get the job done.

Second: Trump has the power to pardon. He should use that power in unprecedented fashion, emptying the federal prisons of non-violent drug offenders and other assorted victims of a “justice” system gone haywire.

Assange and Snowden have been charged, but not yet tried, with telling the American people the truth about their government’s crimes. Manning has been convicted for the same heroic acts. President Obama commuted her sentence, but it’s time to restore her rights and recognize her service to her country.

Ross Ulbricht is serving two life terms without the possibility of parole for the “crime” of running a web site (Silk Road) that saved countless lives by allowing sellers and customers to circumvent the US government’s evil restrictions on the sale and possession of drugs. He’s a political prisoner, full stop. The prosecutors and judge who railroaded him belong in prison. He doesn’t.

President Trump could do a America a huge favor by partially dismantling the war machine and the carceral state with these actions.

Whistleblowers and entrepreneurs should be congratulated, not caged. Non-violent breakers of “victimless crime” laws should be, at a bare minimum, freed. And American troops who signed up to defend America should be withdrawn from places where that’s not what they’re doing and where they have no legitimate business being.

No matter President Trump’s failings, no matter what he may have to answer for, a grateful nation will owe him if he uses his last days in office to leave America freer and more at peace than he found it four years ago.