For the first time in its more than eight decades of surveying Americans’ religious attitudes and practices, Gallup reports,  church members constituted only 47% of the US population in 2020 — down 23% since 1999, prior to which the percentage seldom dipped below 70%.

Why the precipitous drop, and what might it portend for the future?

“The decline in church membership,” the Gallup report says, “is primarily a function of the increasing number of Americans who express no religious preference.” In 2000, Americans who didn’t consider themselves religious at all comprised 8% of the population. Today, 21% answer to that description.

While there’s obviously an interrelationship there, I suspect it’s more complicated than the former being “primarily a function of” the latter. 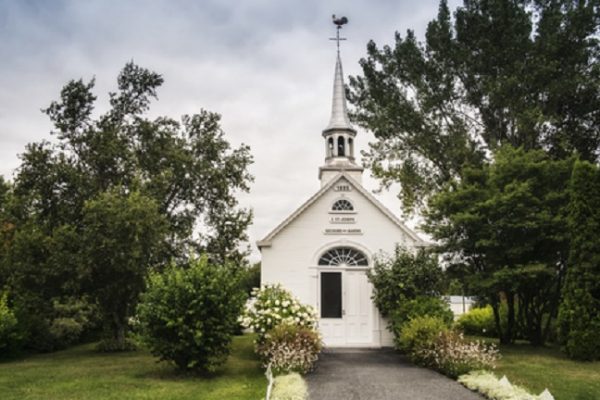 For one thing, not being a believer may be as much effect as cause. The child who isn’t raised in church, or whose family isn’t as involved in that church as families used to be, is probably less prone to either religious belief or church affiliation as an adult.

Also, churches are far from the only community organizations struggling to maintain their membership numbers.

Despite three decades of continuous war, creating millions of eligible members, veterans’ organizations like the American Legion are in decline as older members die and younger prospects pass on the affiliation.

We hear a lot about social fragmentation and political polarization these days, and these numbers are probably relevant to those problems.

As a libertarian, I’m inclined to see the hoary hand of the state behind all bad things, and I can a make a case for that here. The increased reach of the welfare state makes the charity functions of churches and other social organizations less urgent, while the grasp of the regulatory state makes operating physical establishments more expensive. One can almost hear Mussolini muttering from beyond the grave: “Everything within the state, nothing outside the state, nothing against the state.”

But if that’s part of the cause, it’s far from the whole cause.

It’s no coincidence that the decline in physical group participation maps closely to the growth of fast and affordable Internet access.

Back in the old days (i.e., the childhoods of those over 50), meeting with others who shared our interests meant physically traveling to a central location. Today,  it is  (or at least can be, as a year of pandemic has shown) as simple as opening your laptop or picking up your phone.

That phenomenon comes with down sides. We’re self-segregating into echo chambers where our priors are affirmed and those who disagree are unwelcome.

But it also comes with up sides, such as instant, on-demand fellowship, across vast distances, with others who share our interests.

We’re in the midst of the most tumultuous social changes in decades, if not centuries.  Churches, and the rest of us, are going to have to ride this storm out and hope for sunnier weather on the other side.

Religion needs to quietly assist those who are seeking enlightenment and spiritual peace. It has become a bullhorn for judging others and demanding specific behaviors of non followers. This is a no win proposition

Wrong! It makes the charity functions of churches and other social organizations more urgent. Nothing threatens the local practice of Judeo-Christian charity more than big government welfare statism.

“Churches, and the rest of us, are going to have to ride this storm out and hope for sunnier weather on the other side.”

This is like saying the Allies, and the whole free world, are going to have to let the Axis wage World War 2 unopposed and hope for victory someday.

“Our Constitution was made only for a moral and religious People. It is wholly inadequate to the government of any other.” — John Adams

Try bringing society back to this point without churches!

America Unchurched: A Sign of the Times | The William Lloyd Garrison Center for Libertarian Advocacy Journalism