Another Giant of Science Has Passed

Another giant of science, history and scholarship has left our world. Dennis T. Avery died June 21 at age 83. With the passing of this “gifted scholar and communicator, the world became a less interesting place,” former Heartland Institute president and CEO Joe Bast commented. 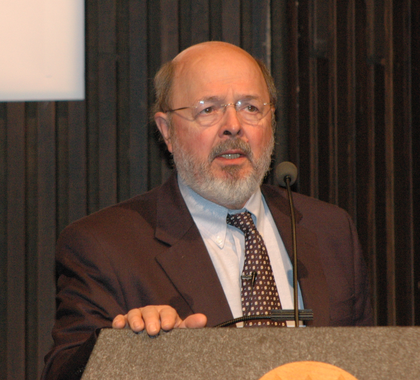 Avery’s career was indeed remarkable for its breadth and depth. Born in 1936 in Lansing, Michigan, he earned degrees in journalism and economics from Michigan State University and the University of Wisconsin, then worked for a variety of federal government agencies before retiring in 1989 as Senior Agricultural Analyst for the U.S. State Department. Among his many other awards and honors, he received the National Intelligence Medal of Achievement in 1983.

After moving to northwestern Virginia in 1990, he launched the Center for Global Food Issues and began his international consulting, lecturing and writing career. His farming operations practiced no-till agriculture, which utilizes biotech seeds and herbicides to help preserve soil structure and organisms, moisture, organic matter and nutrients, thereby improving drainage and soil biodiversity, while reducing erosion. Avery practiced and studied what he wrote about in his books and articles.

His 1995 book Saving the Planet with Pesticides and Plastic: The Environmental Triumph of High-Yield Farming was used in classrooms throughout the world. His 2007 New York Times bestseller, Unstoppable Global Warming: Every 1500 Years (coauthored by S. Fred Singer) became “the Bible of the fast-growing ‘global warming skeptics’ movement,” Bast said. (Dr. Singer died in April 2020 at 95.) Avery’s last manuscript, Climate and Collapse, will be published posthumously.

For many years he monitored developments in world food production, farm product demand, the safety and security of food supplies, and the sustainability of world agriculture. As a staff member of the President’s National Advisory Commission on Food and Fiber, he wrote the Commission’s landmark report, Food and Fiber for the Future. He traveled widely as a speaker, testified before Congress, appeared on many radio and television news programs, and was often quoted in publications like Time magazine, The Washington Post and The Farm Journal.

Dennis was a frequent speaker at climate change conferences hosted by The Heartland Institute (available on YouTube), contributed to the Climate Change Reconsidered series produced by the Nongovernmental International Panel on Climate Change (NIPCC), and traveled to Katowice, Poland to join other scholars in presenting contrarian, real-world opinions on climate change at the United Nations 24th Conference of the Parties (COP-24) in December 2018.

Countless people read his informative and entertaining articles on energy, environmental and agricultural issues, and on climate changes throughout history, as warmer periods helped civilizations to flourish, while little ice ages and droughts caused many to disappear.

I was honored to edit and distribute some of his columns, and delighted to hoist occasional beers with him while we discussed these topics and the sad decline of civil, civilized discourse and debate over them in recent years. As Joe Bast observed, “In an age when angry exchanges between partisans get much more attention than scholarship and debate, Dennis maintained a dignified but not silent presence. He was a true gentleman and scholar, willing to calmly and patiently explain complex issues, even as others tried to shout down or cancel opposing views” – or even prosecute and jail anyone presenting those views.

My family and I spent a glorious day on his farm, feeding and enjoying the animals, savoring a delicious dinner prepared by his delightful wife and Center for Global Food Issues associate Anne, and chatting on into the night about multiple topics. His friends remember him as “inquisitive, articulate, energetic, humble and well informed” – as much as for his “ready smile and quick dry wit.” Dennis was admired and loved by his family and his many colleagues and friends around the United States and world. He revered history and conducted lengthy, painstaking research in search of the truth on every topic he addressed, even when truth was uncomfortable.

Dennis is survived by his wife Anne, sons Adam and Alex, daughter Amy, stepson Kevin, brother Lawrence, sister Carol, and five grandchildren. A celebration of his life will be held at a later date. Memorials may be given to Covenant Presbyterian Church (2001 North Coalter Street, Staunton, VA 24401) or a charity of choice in his name.

We will all miss him, but his amazing legacy will live on.