As Of Next Year, Californians May Have No Pork

(The Center Square) – After California voters overwhelmingly approved Farm Animal Confinement Proposition (Prop 12), which becomes effective next year, it’s likely that without intervention, Californians will no longer be able to buy pork products.

Currently, Californians consume 15% of all pork produced in the U.S. California restaurants and groceries use roughly 255 million pounds of pork a month, Rabobank, a global food and agriculture financial services company, estimates.

The new law mandates space requirements for producers to follow for egg-laying chickens, calves for veal, and hogs. It also bans the sale of eggs, pork and veal in the state if the product confinement standards do not comply with the new space requirements. 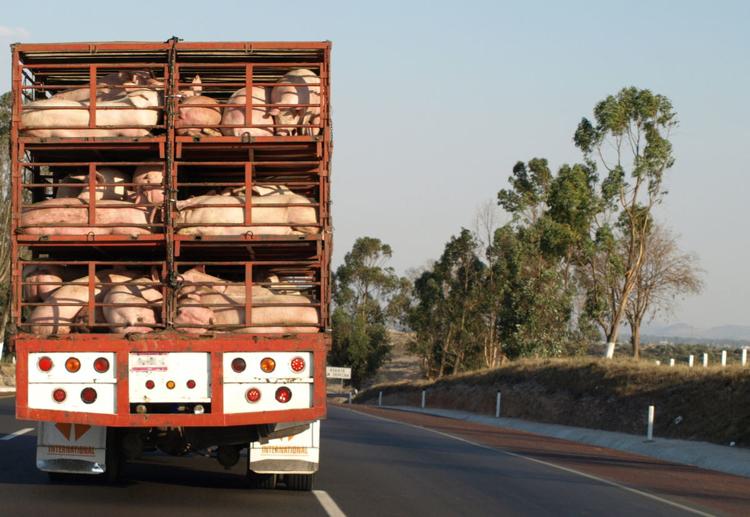 While producers of eggs and veal say they can comply, hog producers say they likely won’t be able to. As a result, California could lose nearly all of its pork supply, much of which comes from Iowa. Unless farmers build new facilities or raise fewer hogs to fit in their existing spaces, Californians will have a pork shortage.

The new rule also dictates slaughterhouse guidelines, determining which cuts of meat from a single hog can be sent to locations around the U.S. and to other countries, requiring processors to change their systems. Having to create two types of tracking systems for California-compliant hogs and for the rest of the U.S. and the world is cost prohibitive as well, farmers say.

In attempt to fight the rule, the National Pork Producers Council and the American Farm Bureau Federation sued. Their most recent loss was at the Ninth Circuit Court of Appeals, which unanimously sided with the state.

The NPPC argues that Prop. 12 violates the Interstate Commerce Clause of the U.S. Constitution, which states that only Congress has the power to “regulate Commerce … among the several States.”

Because the majority of pork eaten in California is produced in other states, Prop. 12 effectively regulates out-of-state production, the plaintiffs argue, and the commerce clause restricts “states from engaging in extraterritorial regulation.”

The AFBF argues the measure will devastate farmers and, ultimately, families who eat pork or whose livelihoods rely on raising hogs. If even half of California’s pork supply were eliminated, bacon prices would jump 60% from $6 a package to $9.60 or more, according to the Hatamiya Group, a firm hired by opponents of the proposition.

Producers would have to convert operations, retrofit spaces, or build new facilities, all of which could cost 15% more per animal for a farm that has a minimum of 1,000 breeding pigs. As a result, the NPPC asked the U.S. Department of Agriculture for federal assistance to retrofit their facilities.

“The 9th Circuit’s unanimous decision comes on the heels of the Supreme Court’s recent rejection of a separate meat industry challenge to Proposition 12,” Attorney Rebecca Cary with the Humane Society of the United States said. “It affirms yet again what the meat industry should hear loud and clear by now: that states have the right to pass laws that reject cruel products and protect their citizens’ health and safety.”

The Humane Society led the Prevent Cruelty California campaign, which ultimately won over voters who supported the measure by more than 62%.

The California Department of Food and Agriculture hasn’t issued formal regulations but says the space requirements have been known for years. The agency is responsible for enforcing the measure, with violators receiving fines up to $1,000.

“It is important to note that the law itself cannot be changed by regulations and the law has been in place since the Farm Animal Confinement Proposition (Prop 12) passed by a wide margin in 2018,” the agency told the Associated Press.

The NPPC and a coalition of California restaurants and businesses asked Gov. Gavin Newsom to delay when the new requirements would go into effect.