Organic pesticides, and other organic chemicals, are more dangerous to bees … and people

The honeybees, bumblebees and other little pollinators swarming over my flowers remind me what important roles they play – and how some misguided folks could inadvertently hurt them.

Montgomery County, Maryland now prohibits “weed-and-feed” lawn fertilizer and most “synthetic pesticides.” But it allows homeowners, farmers and orchardists to use “organic” products that are often more dangerous to bees, other wildlife and even humans. New York is considering a five-year statewide ban on neonicotinoid insecticides; this action too would likely result in the use of chemicals that may actually be much more toxic to the birds and bees it seeks to protect. 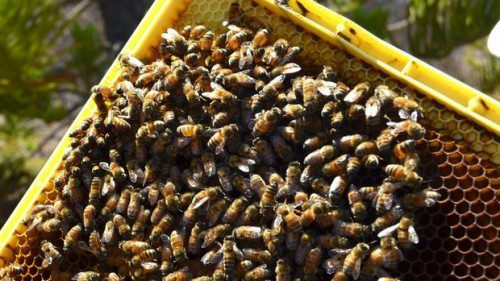 US Rep. Nydia Velázquez (D-NY) is still promoting a bill to reinstate an Obama era ban on using neonics in the nation’s wildlife refuges. She mistakenly believes these pesticides threaten biodiversity, bees and other wildlife in these important habitats – whereas alternatives would be safe and harmless.

Other jurisdictions are pondering comparable actions that could pose similar problems.

Neonicotinoids were introduced in the 1990s to replace less targeted, more toxic pest control chemicals. Primarily used to coat seeds, “neonics” significantly reduce the need for aerial and ground-level spraying with other chemicals that actually do harm bees and other pollinators. They become part of the plant tissue and target only pests that actually feed on the crops, particularly during early growth stages.

This advance has helped boost crop yields while protecting the environment. Losing neonics would put many states’ farming economies at risk. Support for neonic use comes from all over the world.

Up in Canada, the same misinformation that’s motivating US legislative and regulatory actions persuaded Ontario lawmakers to pass a neonic ban in 2015. Farmers have since reported paying four times more for an alternative pesticide that is less effective, cannot be used on some crops and can harm bees.

For instance, after the ban, British farmers had to spray four times more often than before, using older pesticides like pyrethroids and organophosphates that are less effective, must be sprayed several times during the growing season, and often harm bees, other non-target insects and even birds. Insect pests increased dramatically, and across Europe the canola (oilseed rape) industry suffered revenue losses of over $430 million in just a few years.

As was the case in Europe, proposed prohibitions are often the result of environmentalist pressure campaigns and false claims that bees are threatened by neonics. Actual data show the opposite is true.

Despite warnings of a “bee-pocalypse,” except during the latest “colony collapse disorder” (CCD), honeybee colonies have been rising worldwide since the 1990s, when neonics first came on the market. US Department of Agriculture (USDA)  surveys show that U.S. honeybee hive numbers have increased seven out of the last ten years, and there are now over 150,000 more beehives than in 1995.

A closer look at New York’s crop yields also confirms that honeybee colonies are healthy. Apple yields are almost exactly the same as they were ten years ago, indicating that pollinators are thriving and busy doing their job. Similar lessons apply elsewhere.

There’s no doubt that honeybees have recurring problems. Overwinter losses are still high some years and, while bees reproduce rapidly and beekeepers can quickly replenish their hives, these losses can significantly strain this small but important industry.

Most experts agree, however, that the worldwide spread of the deadly Varroa destructor mite was a primary factor in the recent mass die-offs, and a recurrent problem over the centuries. They arrived in the United States in the late 1980s and spread widely over the next decade. The parasites attach to bees, suppressing their immune systems, carrying deadly diseases and creating pathways for other diseases to enter bee bodies. The triple whammy can have disastrous impacts on bee colonies.

Thankfully, the USDA has made progress in efforts to breed more Varroa-resistant or Varroa-tolerant honey bees, which somehow have better hygienic habits: they remove mites from one other. That’s important, because many available Varroa treatments no longer work as well, due to the mite’s uncanny ability to develop resistance to treatments.

Other USDA research has identified a promising new approach of using RNA interference to disrupt the reproduction of Nosema ceranae – another bee parasite that is the honeybee’s second-worst scourge.

How wrongheaded and counterproductive that was is further illustrated by the vast canola fields in western Canada. The canola is 100% grown with neonic-coated seeds, and successful professional beekeepers actually cart their hives into the middle of the canola fields because they produce such delicious honey.

Not surprisingly, as domesticated bees recovered, anti-pesticide activists began talking about wild bees, which can also be important for pollination. The activists get their facts wrong here, too.

There are thousands of wild bee species. According to a 2015 study published in Nature – probably the most extensive survey of wild bees ever done – 98% of wild bees don’t even pollinate agricultural crops. Moreover, the few species that do, and thus would come into greatest contact with neonics, are thriving.

Ironically, bees may be more at risk from insecticides that people have been falsely led to believe are safe. Organic farmers don’t use neonics or other modern chemicals, but they do employ a number of crop protecting pesticides. These “organic” products may be “natural,” but some are highly toxic to bees – rotenone, copper sulfate, spinosad, hydrogen peroxide, azidirachtin, citronella oil, and even garlic extract and acetic acid, for instance – chemical risk analyst Dr. David Zaruk points out.

Montgomery County’s guidelines specify that products bearing EPA registration numbers are prohibited and say gardeners should rely on a 113-page, tiny-type list of chemicals certified by the Organic Materials Review Institute, an organic industry support and advocacy group. However, OMRI doesn’t mention that some of its “approved” products harm bees or pose other serious risks – to wildlife and humans.

For example, OMRI (and thus Montgomery County, among others) approves rotenone, but neglects to mention that this nasty chemical kills bees, is highly toxic, especially when combined with pyrethrins, and can enhance the onset of Parkinson’s disease, Zaruk and other experts note. Pyrethrin pesticides themselves are powerful neurotoxins that can cause leukemia and other health problems.

Copper sulfate can damage human brains, livers, kidneys and stomach linings. Prolonged exposure to boron fertilizer can affect people’s brains, livers and hearts. Lime sulfur mildew and insect killer causes irreversible eye damage, and can be fatal if inhaled, swallowed or absorbed through the skin. Nicotine sulfate is a neurotoxin that interferes with nerve-muscle transmissions, causes abnormalities in lab animal offspring, and can lead to irregular heart-rates and even death. All are approved “organic” chemicals.

Journalists, legislators, regulators, homeowners and gardeners need to do their homework more carefully. They should read reputable scientific studies, rely less on anti-pesticide press releases and apocalyptic news stories, read product labels carefully, wash up afterward, and view with extreme skepticism any claims that the word “organic” means pesticide-free or a chemical is safe (or not even a chemical).

Above all, everyone should use all chemicals carefully and appropriately, under the assumption that any chemical (synthetic or organic) we are handling or applying may be toxic and dangerous – to bees, other insects and wildlife, or even ourselves.