There were recently horrible mass shootings in Sacramento, California, and Dallas, Texas. Immediately, there were hysterical cries about “gun controls” and the need to put further limits on Second Amendment rights.

There have been too many senseless shootings at the hands of people using firearms. The use of weapons, however, is not the problem. The problem very often is the use of firearms by those not in legal possession of those firearms. The shooters responsible for taking so many innocent lives are virtually never NRA members or legal gun owners. The overwhelming majority of killers are manifestly criminals with a prior history of serious crime. 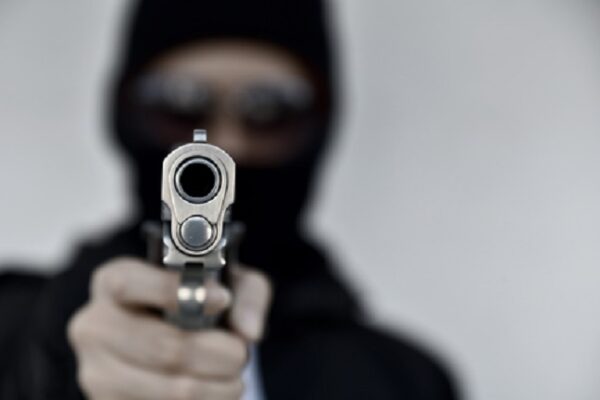 Shouting about eliminating the Second Amendment rights of otherwise law-abiding gun owners because of deaths caused by criminal shooters is like demanding all swimming pools be closed down because some people have drowned. The way to reduce or end senseless firearms-involved violence is to go after the criminals, gangs, and networks of criminality and disarm them. Since law-abiding gun owners rarely have anything to do with mass shooting crimes, leave legal gun owners alone!

Since our Second Amendment protects the rights of innocent people to deter and stop violent crime, the ideas of limiting or eliminating those rights have to survive careful scrutiny. But even before we start that conversation, we must ask: Is this administration truly committed to reducing crime (and criminal shootings) in America? If Biden (and those ideologically aligned with him) is sincere, then he would stop playing cynical games, put his foot down, and immediately shut down at least one major source of weapons fueling the criminal world.

While many weapons are acquired through acts of theft and robbery, one of the largest sources of illegal weapons comes in via our borders. America’s unsecured borders are not only experiencing record human/sex and drug trafficking; staggering numbers of firearms are also easily flowing through. Think about it: If the Second Amendment rights of law-abiding citizens are further restricted, but the southern borders remain mostly unsecured, then the “black market” for firearms goes off the scale. The quickest and easiest way for street criminals to get access to guns is just to buy them off the street, i.e., in the underground or “black” market. If firearms are actually more accessible unlawfully than lawfully (due to our irrational border policies), then the Biden policies make firearms more available to criminals. When this happens, innocents die disproportionally. Those innocents are primarily in urban Black communities. Insane policies that restrict legal gun ownership while allowing illegal criminal access confirm Biden’s gross dereliction and utter disregard for “Black life!”

The irony of the grotesque policies and talking points of the current administration is that they actually arm and empower criminal elements throughout the country while restricting and undermining law-abiding citizens who want legal ownership of firearms. With “open borders,” the trajectory for more crimes, mass shootings, and more innocents killed in our communities only worsens!

The need to secure ourselves (and property) is a God-given natural right (fundamental to laws of nature). This right must not be infringed upon or encumbered. That understood, the Second Amendment is non-negotiable, just like the right to self-defense against aggression. At the same time, putting an end to gross criminality is always warranted and appreciated. A huge first step is to secure our borders fully. But, let’s not be fooled. Anything short of Biden’s firm commitment to secure our borders entirely is insincere, delusional, and pure deception!

If Biden and his administration will fully secure the borders to protect our communities, then we will applaud him and may begin to take him seriously. He needs to do all possible to limit the slaughter of innocents in our communities. We can limit the loss, suffering, and heartbreak so many Americans have had to endure by harshly dealing with both the illegal underground importation of weapons and all criminals found with firearms. If, however, Biden continues to invite an influx of migrants from all over the world while leaving our porous borders fully “open” and vulnerable to all criminal elements (including those with terroristic motivations), he must be wholly rejected and his promises ignored. Again, there can be no end to gun violence and mass shooting while actively encouraging and empowering a black market serving the criminal elements via open borders!

Every Black Life Matters (EBLM) is committed to helping ensure liberty and freedom for all people. Fundamental to our mission is protecting the life of innocents. Gun violence is a serious issue that demands a severe response. Therefore, we rebuke the cynicism and unserious manner Biden and his aligned ideologues have attempted to restrict lawful firearms ownership for defense while empowering criminals. Their upside-down insane policies hurt all life, but especially and disproportionally Black life!

EBLM will continue to be a vanguard on this vital issue. Please stand with us as we stand with you against any further restrictions on our Second Amendment!

There’s just too much common sense in this article.