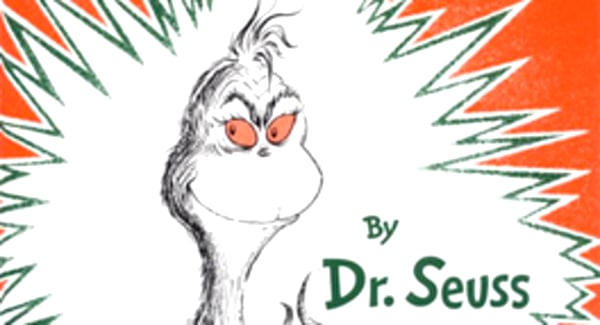 In an effort to avoid being the Grinch that stole Christmas, the Biden administration extended the deadline for federal government workers and contractors to be vaccinated to Jan. 4, the same day set for private companies with 100 or more employees.

On Thursday, the Occupational Safety and Health Administration introduced a COVID-19 vaccine rule for private companies ordered by President Biden that will ensure “safe and healthy workplaces for millions of Americans.”

Biden announced Sept. 9 a deadline of Dec. 8 for federal workers and contractors while disclosing he was ordering OSHA to write a rule for private companies. The companies with 100 or more employees will be given the option of providing weekly testing results in lieu of inoculation.

The Washington Examiner said the White House extended the deadine in an apparent effort to “ease concerns that supply chain problems would have been exacerbated by the deadline coinciding with the busiest shopping and shipping time of the year.”

Eric Hoplin, president and CEO of the National Association of Wholesaler-Distributors, said the idea that on Dec. 8 “we were going to have to fire tens of thousands of Americans just weeks before Christmas was something that the White House finally came to terms with.”

But Labor Secretary Marty Walsh insisted in a Fox News interview Thursday that the private-company mandate, affecting 84 million employees, would help the economy.

“The unmitigated spread of coronavirus in the workplace presents a grave danger of illness or death to unvaccinated workers,” Walsh said. “This rule is well within OSHA’s authority under the OSH Act, and consistent with OSHA’s requirements to protect workers.”

However, many companies, Republican attorneys general and others, including the small-business advocate Job Creators Network, are suing OSHA, contending the rule is unconstitutional.

About 4.3 million workers quit their jobs in August, the highest figure since the United States began keeping records of the statistic about 20 years ago. It amounts to about 3% of the country’s workforce.

South Dakota Republican Gov. Kristi Noem announced Thusday her state is joining in a lawsuit against the Biden administration’s “unconstitutional vaccine mandates.” The states argue the mandates usurp rights the 10th Amendment reserves to the states.

Arizona Attorney General Mark Brnovich, who filed a lawsuit in September, said that when “faceless government bureaucrats dictate what you must inject into your body, that’s the furthest thing in the world from a safe workplace.”

“The government doesn’t get to be your nanny, and it’s certainly not your doctor,” he said.

Rep. Andy Biggs, R-Ariz., introduced a bill Tuesday to abolish OSHA, saying its “existence is yet another example of the federal government creating agencies to address issues that are more appropriately handled by state governments and private employers.”

Kyle Lamb, a rearcher for Florida Republican Gov. Ron DeSantis, questioned how “grave” the situation was, considering it took 56 days for OSHA to write the rule and take be another 60 days before anyone actually has to implement it.

OSHA said companies with fewer than 100 workers eventually could be included in the mandate. The agency will make a determination after a month of public comment on the rule.

Several states, including Florida and Texas, have moved to ban vaccine mandates.

But the White House said the OSHA rule will “preempt any inconsistent state or local laws, including laws that ban or limit an employer’s authority to require vaccination, masks, or testing.”