BURBANK— A Wednesday Disney protest featuring a cast member and Christian artist Sean Feucht brought together over 200 activists and gave momentum to a growing boycott movement with more news of Disney seeking to produce content that grooms young children into a woke sexual ideology. 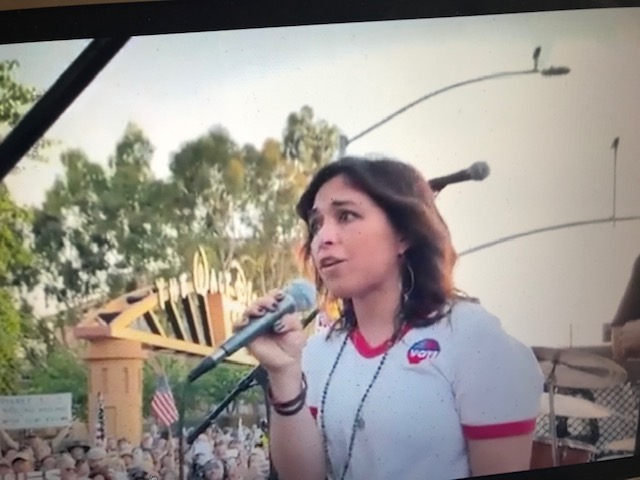 The Wednesday protest which started at Disney headquarters at 1118 Alameda Avenue marched to the Disney Arch. Protesters chanted “Boycott Disney.”  The Hold the Line rally For our Kids was spearheaded by worship leader Sean Feucht, the father of four children, who talking about his daughter said: “I knew my life is more about her destiny than my own. I’m living for the next generation. They can call us white nationalists, racists, homophobics, but they will never get me to stop fighting for my kids.”

The Disney protest comes in the wake of the company attacking Florida Governor Ron DeSantis for signing a parental rights bill (Parents Rights in Education) in Florida with critics calling the legislation “Don’t Say Gay” despite the fact the word “gay” in not in the text of the law which prohibits educators from teaching about gender identity and sexual orientation from pre-K through third grade. 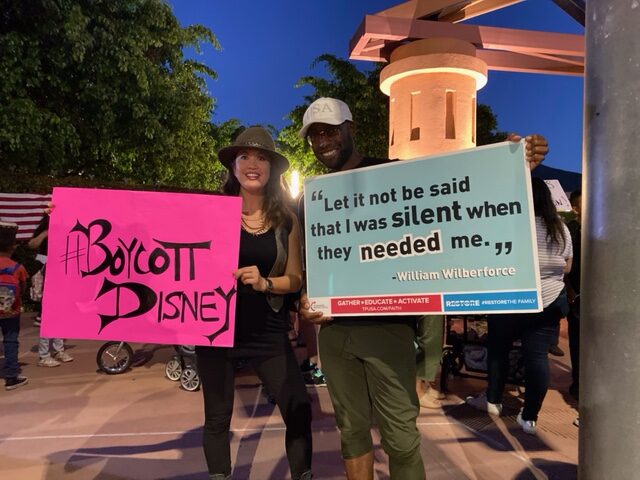 The Disney protest was launched in less than 72-hours. The promotional video stated:

“Calling all parents. Calling the church. We’ve had enough.” A video showing people holding signs and placards posted on Twitter by Drew Hernandez has gone viral and been viewed over 400,000 times. It can be viewed at:

To watch the Disney cast member speaking go to the Daily Wire at:

To read coverage of the protest by Tre Goins-Phillips posted by Faithwire and carried by CBN News go to: https://www1.cbn.com/cbnnews/entertainment/2022/april/people-are-really-fired-up-christians-protest-disneys-woke-agenda-outside-company-headquarters-in-ca 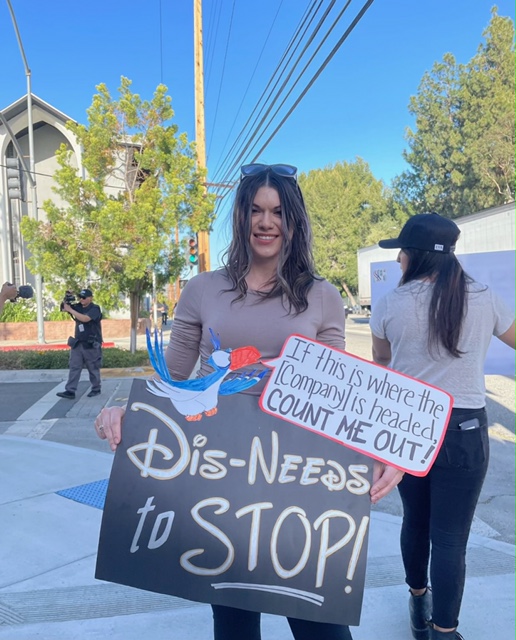 To sign Feucht’s petition that states: “Tell Disney that our kids are our kids. They aren’t the property of the woke expert class who believe they know better how to raise our kids” go to: https://hold-the-line.revv.co/parents_fight_back. 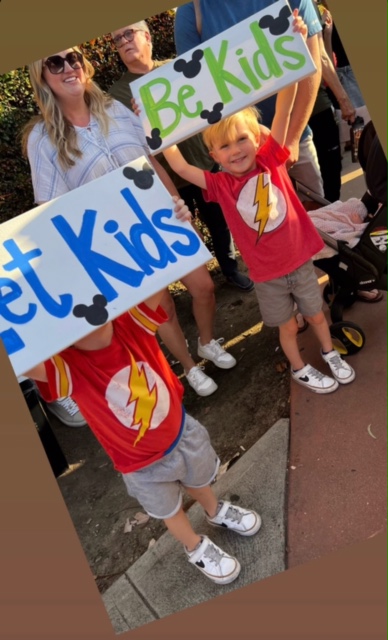 Hey Disney, listen to me. Go Woke, Go Broke. Bank on it.

Less conservatives at Disney will truly make it the happiest place on Earth.