Emails obtained by the Parents Association revealed that the California Teachers Association (CTA) spied on local parents and parent groups fighting for schools to be reopened during the COVID-19 pandemic.

In the April 2021 emails, Ann Swinburn, a CTA Strategic Research Assistant, asked two union operatives if they could provide information on Parent Association, a North San Diego County education reform group, along with other “reopen groups.”

“I am a researcher with CTA and am currently doing some research into the various ‘reopen’ groups around the state,” Swinburn wrote. “York Chang gave me your contact information and said you all have lots of information regarding the Parent Association.”

Chang is a CTA staff attorney who was previously a longtime attorney for the Service Employees International Union.

One of the activists helpfully forwarded Swinburn’s email to several others, noting, “York mentioned that [CTA staffers] are looking at uncovering some of the ideological leaning [sic] of groups that are funding the reopen lawsuits.”

Swinburn’s investigation was aimed at identifying parents, education reform groups and others fighting a dramatic court battle over Covid closures of local schools. In December 2020, the local teachers’ union, the San Dieguito Faculty Association (SDFA), sued its San Dieguito Union High School District (SDUHSD) to remain closed — with the help of CTA. In March 2021, local parents and the Parent Association successfully sued to open the schools. Swinburn’s email inquiries began the next month.

But in forwarding Swinburn’s request for help, one of the activists inadvertently added SDUHSD principal Adam Camacho. That would make the emails public documents, and subject to the California Public Records Act, or PRA.

When one of the activists realized the mistake, she replied, “I think you accidentally included Adam Camacho on your reply. Not sure if we need to do any damage control?”

“I don’t think there will be an issue. Unless someone does a record request for his work email,” replied another.

“Do you know him well enough to ask him to delete and disregard????” came the panicked response.

“He’s so busy I’m sure he’ll be happy to delete,” was the not-so-subtle cue to Camacho that he should delete the email.

But Camacho did not delete the inculpatory email chain. And the communications were ultimately exposed through a PRA request.

Allison Stratton, the SDUHSD parent and a co-founder of Parent Association who filed the PRA request for Camacho’s emails, wasn’t surprised by the documents.

“We already suspected (it) because we see the same people show up at every school board meeting saying the same things, echoing what the union is saying. So, it’s not a surprise,” Stratton told Fox News. “They were working as hard as they could against parents who wanted school reopened.”

The emails Parent Association received through the PRA were shared on social media by Reopen California Schools, and the story was quickly picked up by the New York Post and Fox News. Both news outlets quoted Lance Christensen, Vice President of Education Policy and Government Affairs at California Policy Center:

“Conducting opposition research is a common practice in political campaigns. But to have the teachers’ union dedicate personnel to politically target moms and dads protecting their own children and expressing their First Amendment rights is both startling and disgusting,” Christensen told Fox News.

“Entrenched special interests have used their war chests over the last two and a half years to intimidate and threaten anyone who dares to challenge their ineffective reign over public education. This must end,” added Christensen.

No word yet from California’s mainstream media on the CTA spying scandal. Fortunately, when it comes to education issues in California, hardworking groups like Parent Association, Reopen California Schools and so many others continue to expose the anti-parent and anti-student agenda of California’s teachers’ unions. 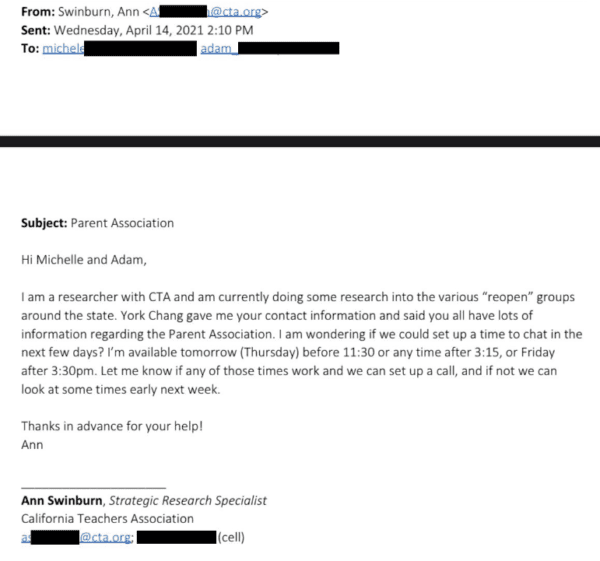 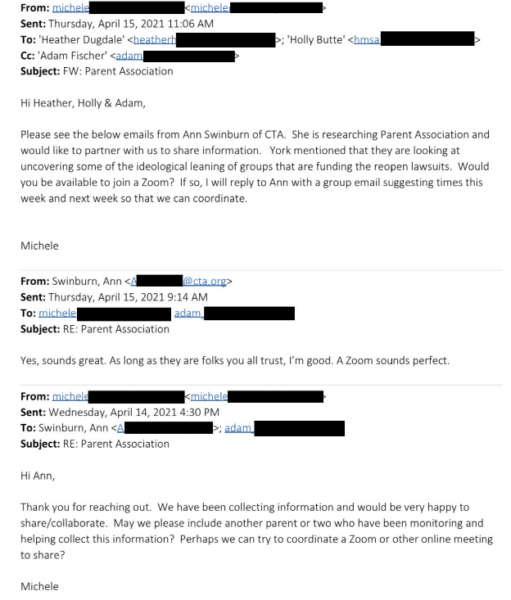 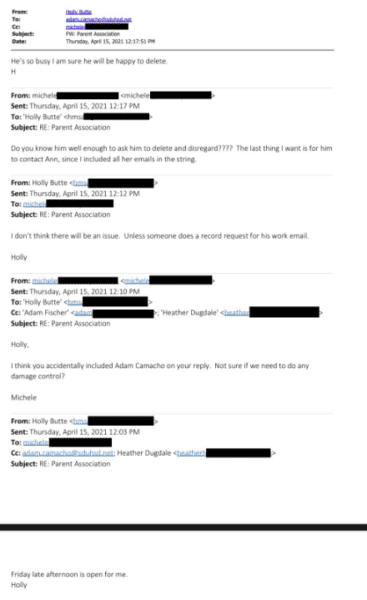