Between the COVID-19 pandemic, more intense hurricanes, and ongoing wildfires impacting the western U.S., first responders are being challenged more than ever. While first responders are on the front lines during emergencies and face more danger than most people do in their occupations, they don’t earn much more. According to data from the Bureau of Labor Statistics, these workers earn an average annual wage of $60,292, or about $4,000 more than the average across all occupations.

First responders generally include emergency medical technicians (EMTs), paramedics, firefighters, and police officers. Among these occupations, police officers earn the most, on average, with an average annual wage of $70,000. Firefighters earn $56,360 per year, on average, while EMTs and paramedics earn just $40,370 annually. EMTs are often paid less for several reasons. For one, emergency medical services (EMS) departments are allocated just a fraction of the funds that police and fire departments receive. And, becoming a firefighter or police officer tends to require more training than becoming an EMT, which only involves around 150 hours for starting positions. 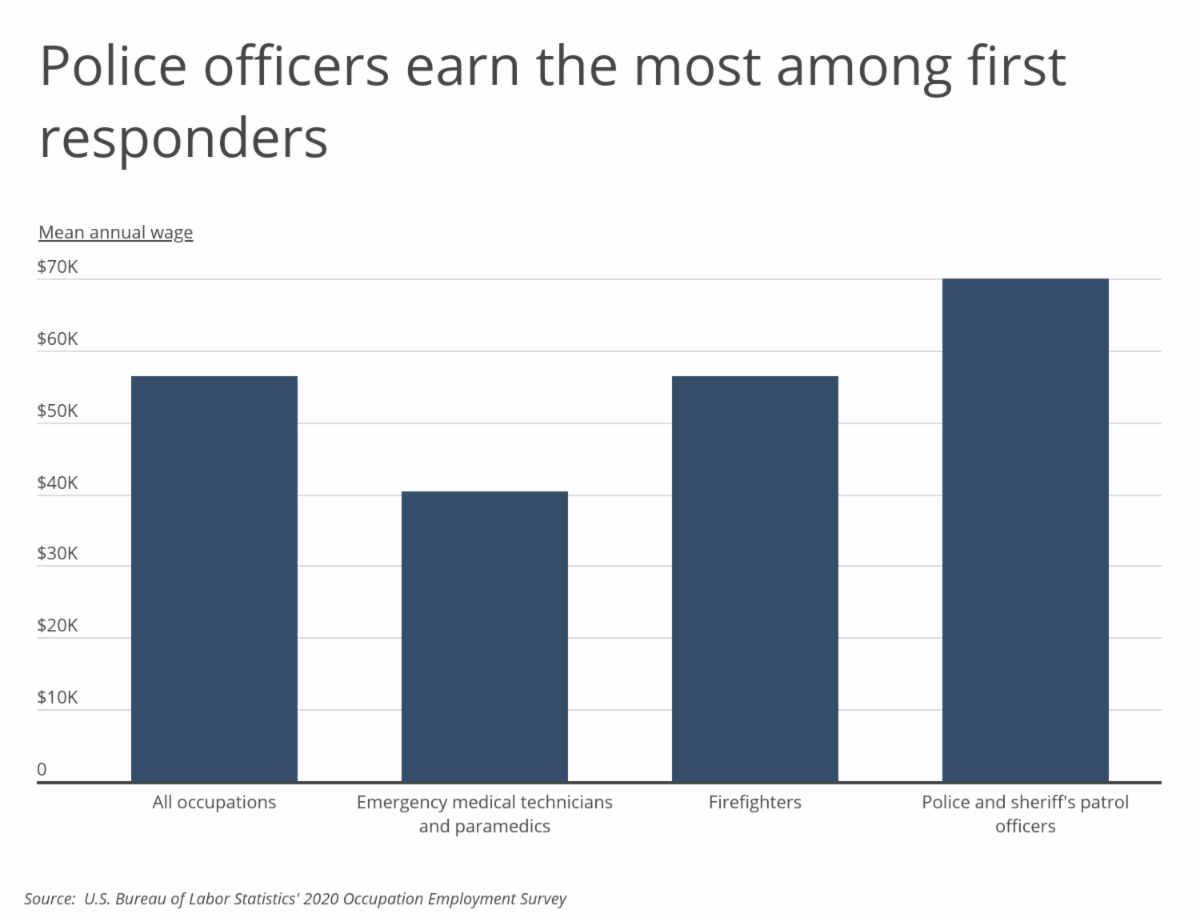 First responder pay varies not only by occupation but also by geographic location. At a regional level, first responders on the West Coast tend to earn the most, even after adjusting for above-average living costs. Despite living in one of the most expensive states in the country, California first responders still earn the highest cost-of-living adjusted wage, at nearly $79,000 per year. Firefighters who fight wildfires are in especially high demand in California and other parts of the Western U.S. At the other end of the spectrum, first responders in Mississippi earn just $41,377, on average, even after adjusting for the state’s low cost of living. 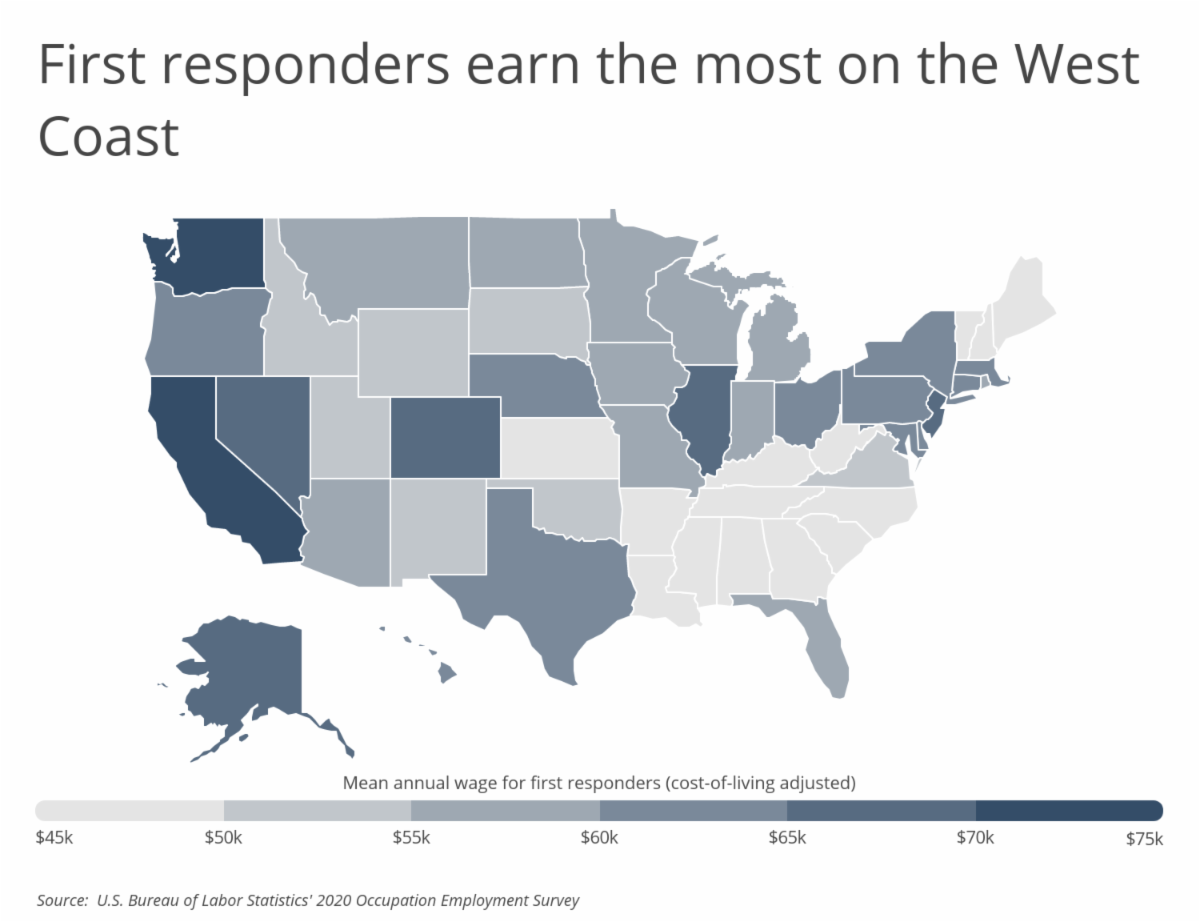 The analysis found that first responders in California earn an adjusted mean annual wage of $78,957, compared to $60,292 at the national level. Out of all U.S. states, California is the best-paying for first responders. Here is a summary of the data for California:

For more information, a detailed methodology, and complete results, you can find the original report on Smartest Dollar’s website: https://smartestdollar.com/research/best-paying-cities-for-first-responders-2021