With winter and cold weather upon us, many consumers will be bearing the burden of increased costs for heating sources like natural gas this year.

New data released from the Bureau of Labor Statistics in early December showed a continued rise in inflation, with consumer prices in November rising 6.8% over the prior year. One of the main categories driving inflation overall has been energy, where prices now are up a total of 33.3% over their 2020 levels. While the rate of growth month-to-month has slowed, the cost of utility gas service was 25.1% higher in November than it was one year ago. The COVID-19 pandemic has increased volatility in both demand and supply for energy, and with supply currently lagging behind demand, consumers are facing higher prices as a result.

Recent spikes in natural gas pricing run in contrast to a decline in residential prices seen over the last decade. The rise of new techniques like hydraulic fracturing and horizontal drilling in the early- to mid-2000s made natural gas easier to extract, which has generally contributed to a trend of lower prices on average. In dollars per million BTU, the cost of natural gas in the U.S. has generally held steady between $10 and $15 since the last recession. In the summer of 2021, however, prices rose to around $20 per million BTU. 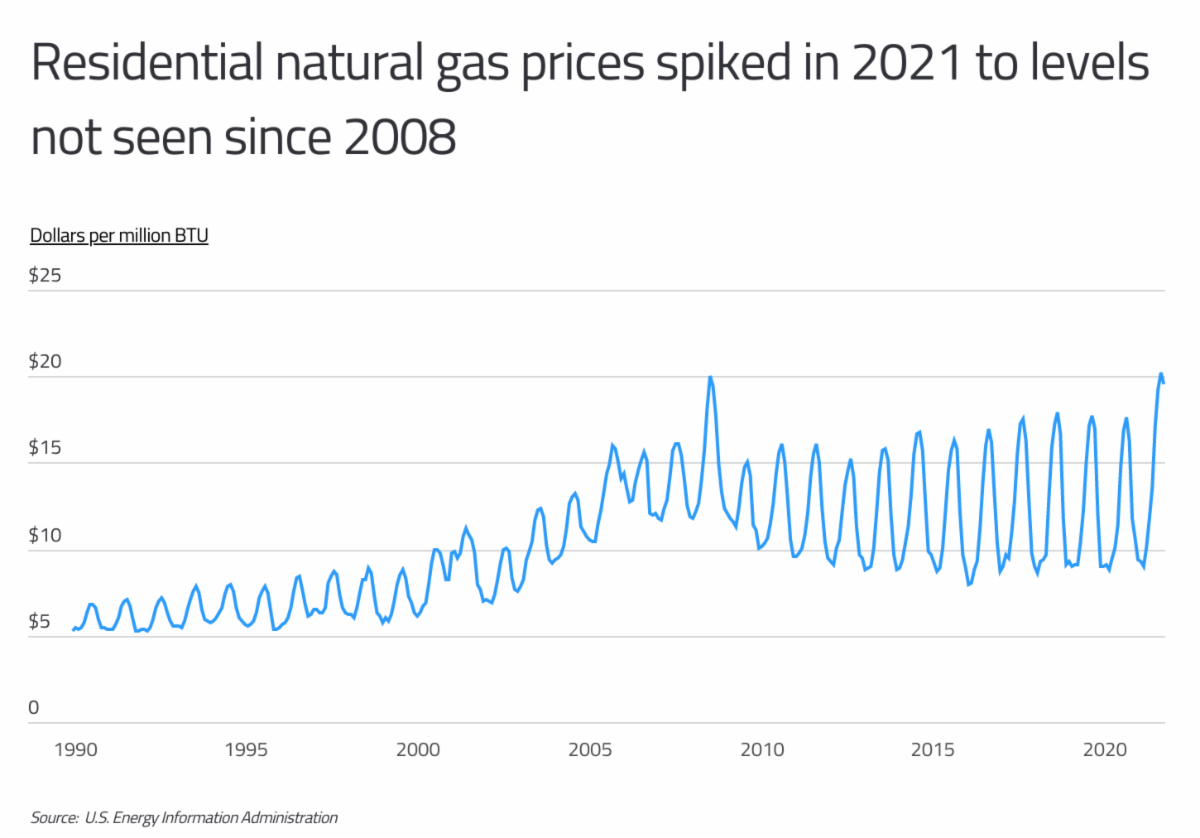 The affordability of natural gas compared to other energy sources has made natural gas a key part of the U.S. energy mix in recent years. This has had some environmental benefit as well, allowing for a transition away from cheap but heavy-emitting fossil fuels like coal. But environmentalists concerned about greenhouse gas emissions have argued that natural gas should also be deemphasized in favor of renewable energy sources, and some municipalities—like New York City—have passed restrictions on natural gas in new construction to speed this transition. States with economies more dependent on energy extraction have responded by banning local governments from considering similar moves. 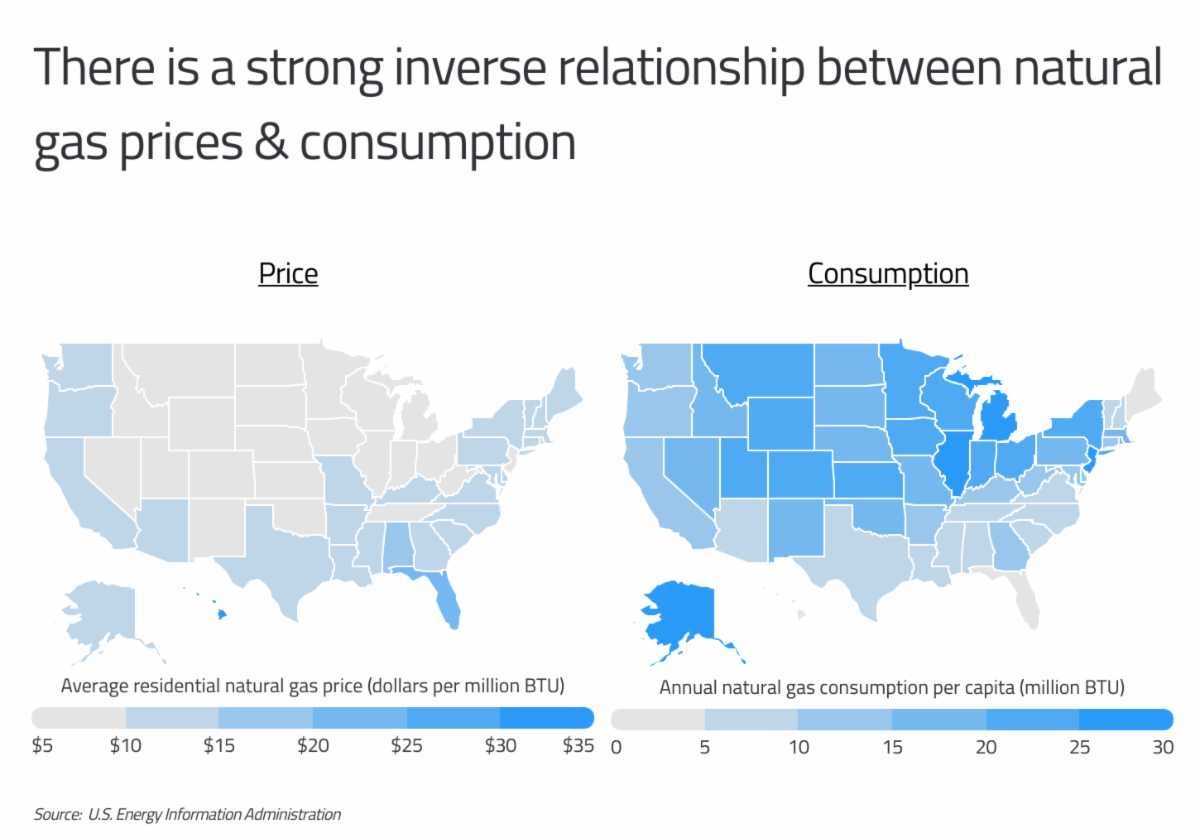 To identify the states with the most expensive natural gas prices, researchers at Commodity.com calculated the average residential natural gas price, expressed in dollars per million BTU. The data used in this analysis is from the U.S. Energy Information Administration’s State Energy Data System (SEDS) and the U.S. Census Bureau’s American Community Survey. In the event of a tie, the state with the higher annual natural gas consumption per capita was ranked higher. All statistics shown are for the year 2020, the most recent full year of data available.

The analysis found that in 2020, the annual average residential gas price in California was $13.64 per million BTU, compared to $10.40 at the national level. Out of all U.S. states, California has the 10th highest natural gas prices. Here is a summary of the data for California:

For more information, a detailed methodology, and complete results, you can find the original report on Commodity.com’s website: https://commodity.com/blog/natural-gas-states/