Cigarette smoking, in particular, leads to staggering losses of life and money. More than 480,000 people die every year from smoking, according to CDC data. The medical care required to assist smokers and the lost productivity that results from smoking-related health issues exceeds $300 billion in yearly costs. And, the CDC noted in 2020, 16 million people deal with smoking-related illnesses.

Though the country’s smoking problem is costly, the good news is that national and local campaigns to end smoking are working. From 1995 to 2019, the prevalence of smoking in the United States dropped by approximately 30%. Whereas nearly one in four Americans smoked in 2000, only 16% of the population claimed to be smokers in 2019. 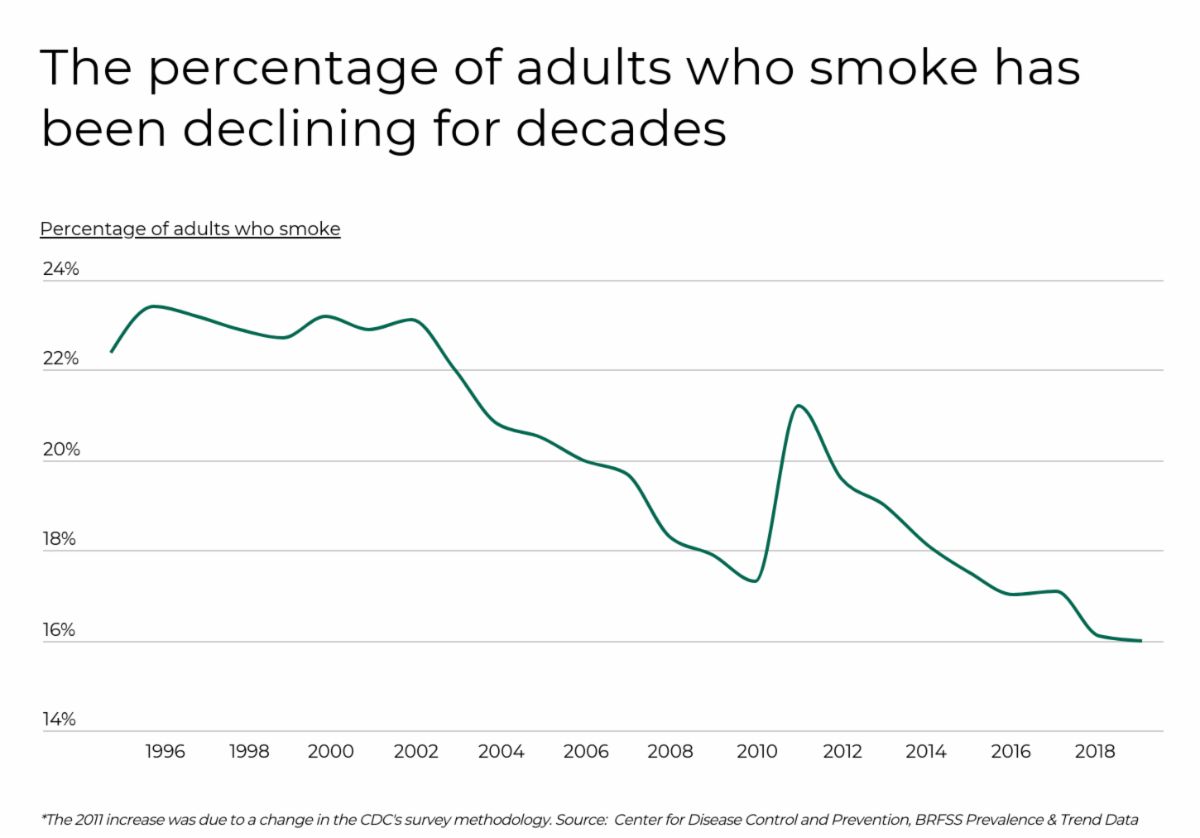 The push to reduce smoking has produced positive nationwide results. However, smoking’s prevalence in the mid- to late-20th century still affects a significant portion of the population. While only 16% of adults currently smoke some days or every day, about 40% of adults identify as current or former smokers. 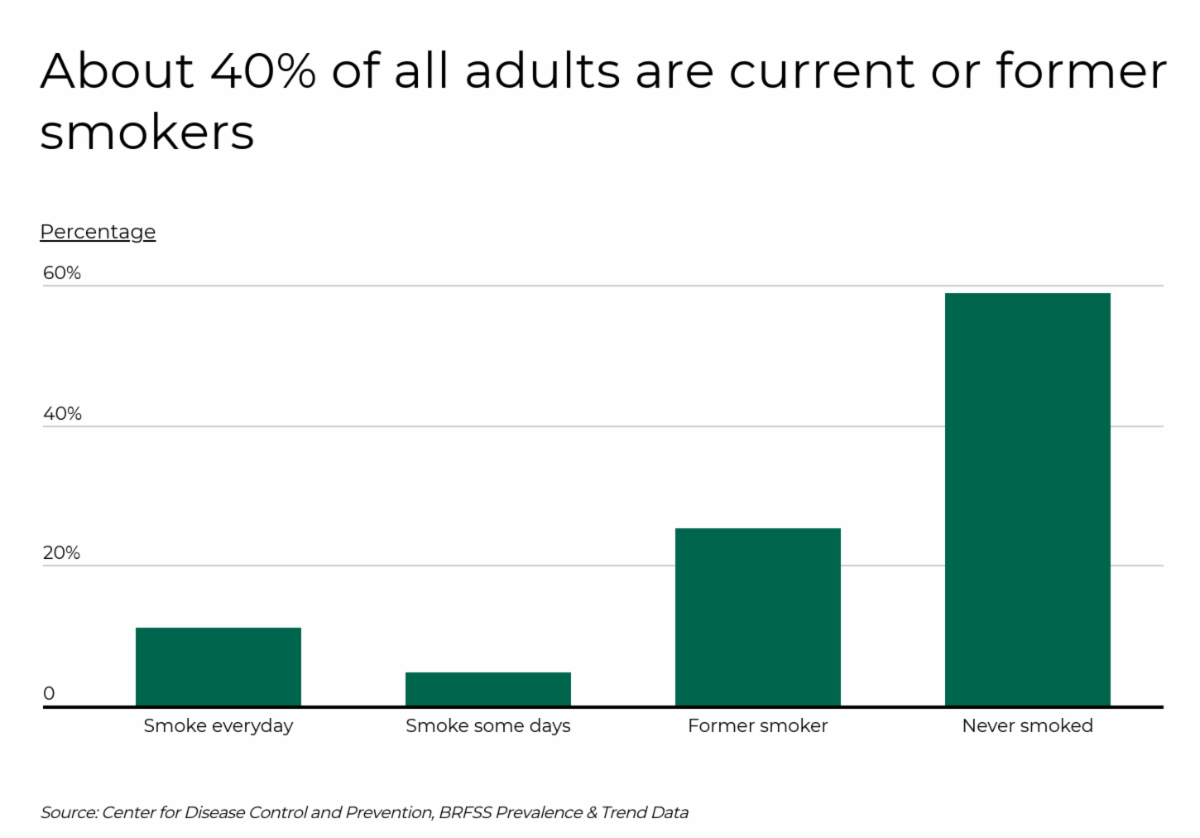 A regional analysis of the country reveals that the Southeast has the highest concentration of smokers, while the West has the lowest concentration. For example, California and Utah have the lowest percentage of adults who smoke at 10.0% and 7.9%, respectively, while West Virginia, Kentucky, and Louisiana have the highest percentage of smokers at 23.8%, 23.6% and 21.9%.

A variety of factors contribute to these regional and state-by-state disparities. California bans smoking from a wide variety of indoor and outdoor spaces. Utah’s dominant religion, Mormonism, encourages its members to abstain from tobacco.

West Virginia, the state with the highest percentage of smokers, has relatively lax smoking laws. Likewise, Kentucky is the country’s premier producer of burley tobacco, a key component of cigarette tobacco blends. Louisiana is a niche producer of tobacco but has long struggled with high smoking rates. In fact, nearly 30% of Louisiana high school students use tobacco, the CDC reported in March 2021. 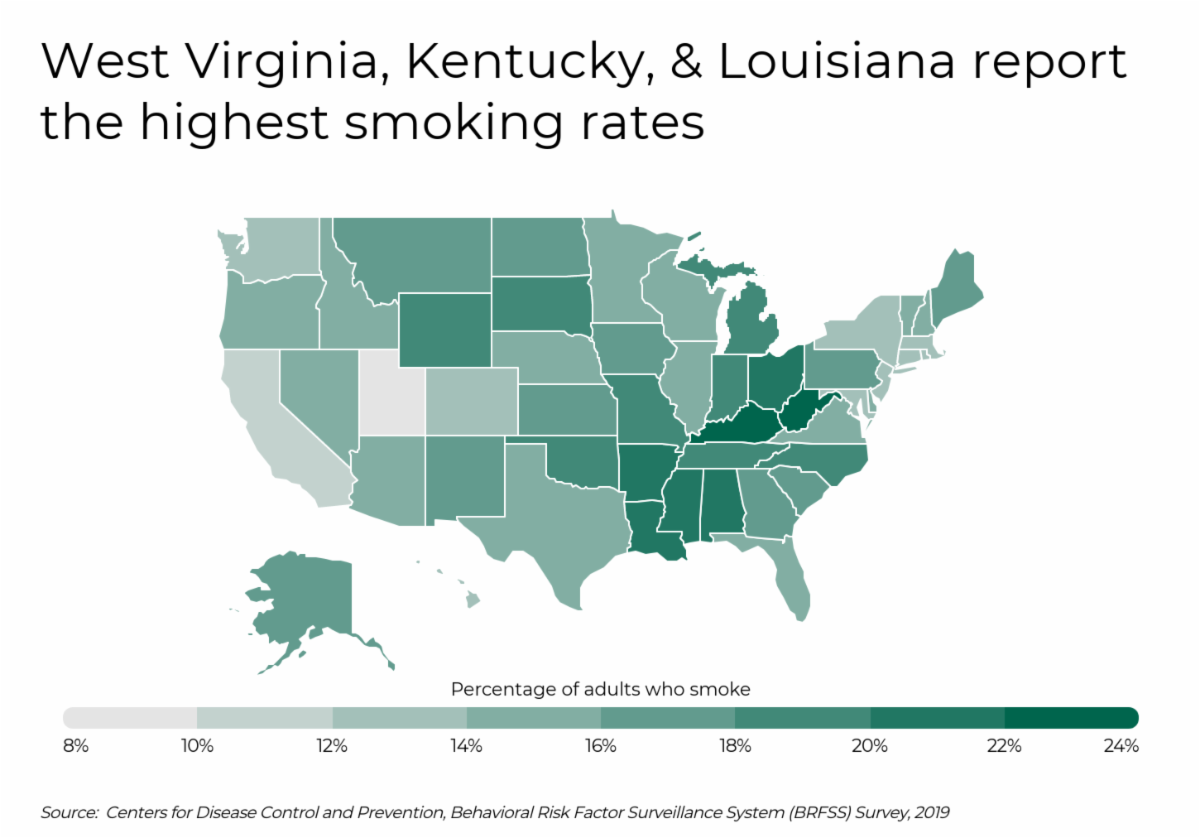 As the states with the most residents who smoke grapple with solutions, smokers are paying a heavy price. The correlation between smoking and chronic obstructive pulmonary disease (COPD), and smoking and strokes is incredibly high. Coronary heart disease and other poor health indicators are also linked to smoking, according to the CDC. 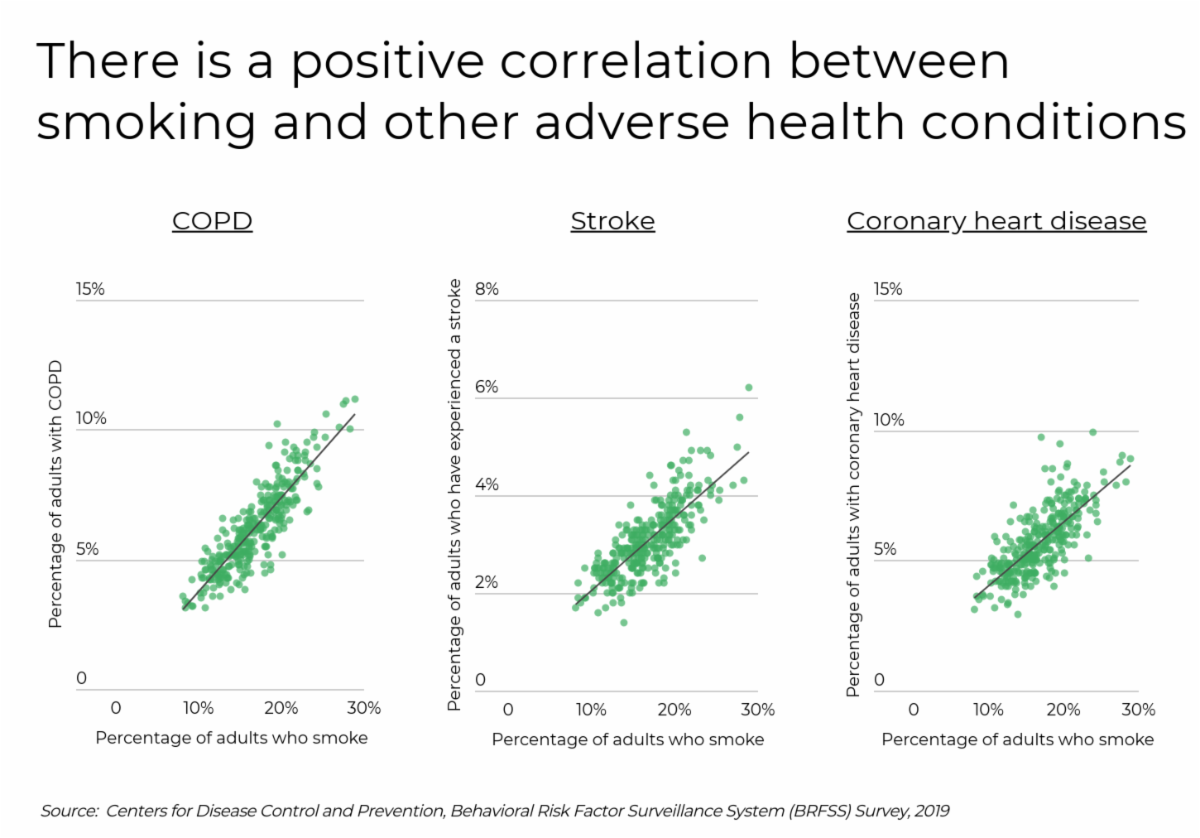 While states in the Southeast have the highest percentage of residents who smoke, at the city level, it’s locations in the Midwest that stand out. Ohio, Michigan, and Indiana are home to many of the small, midsize, and large cities with the highest smoking rates among adults.

To calculate the states with the most smokers, researchers at Filterbuy analyzed data on American adults from the CDC’s Behavioral Risk Factor Surveillance System (BRFSS).

The analysis found that in California, 10.0% of adults are smokers—defined in this report as people who have smoked at least 100 cigarettes in their lifetime and currently smoke all or some days. Out of all U.S. states, California has the 2nd fewest residents who smoke. Here is a summary of the data for California:

For more information, a detailed methodology, and complete results, you can find the original report on Filterbuy’s website: https://filterbuy.com/resources/cities-with-the-most-residents-that-smoke/