California Has Highest Percentage Of Homes Without Air Conditioning

As summers get hotter and extreme heat events become more common, it is increasingly uncomfortable to live without air conditioning. According to data from the U.S. Census Bureau, the vast majority of American households do have air conditioning, but about 9% do not. Many of these households are located in cities with historically temperate climates, but climate change is expected to make extreme heat events not only more frequent but also more severe. Even areas with mild summers in the past, such as those in the Pacific Northwest, have already begun experiencing these changes.

Extreme weather events, such as heat waves and large storms, are more common today than they were in the past due to climate change. Data from the Environmental Protection Agency shows that the 1960s experienced an average of two heat waves per year. But by the 2010s, the average number of heat waves had tripled to six per year. Heat waves that affect locations with temperate climates can be especially dangerous since households are more likely to lack air conditioning. The Pacific Northwest had two extreme heat waves this summer, causing temperatures to rise to a sweltering 116℉ in Portland, OR and to 108℉ in Seattle. 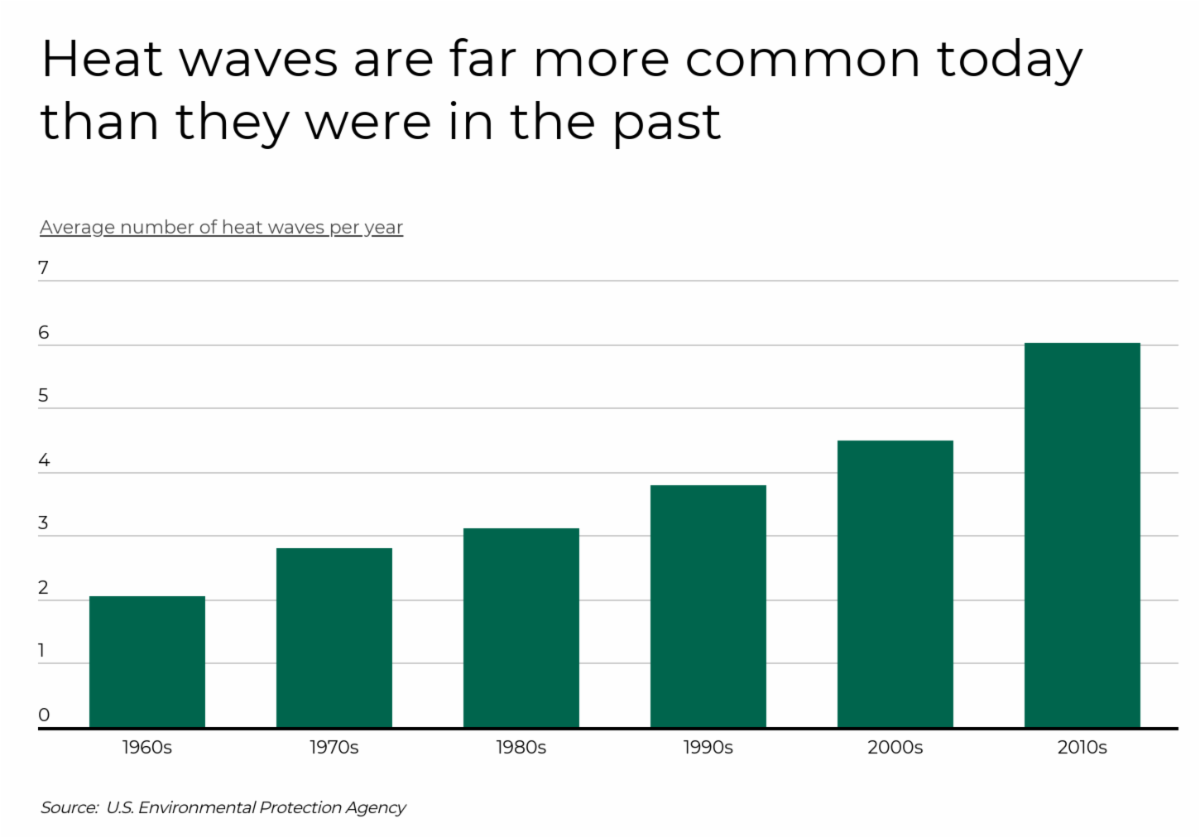 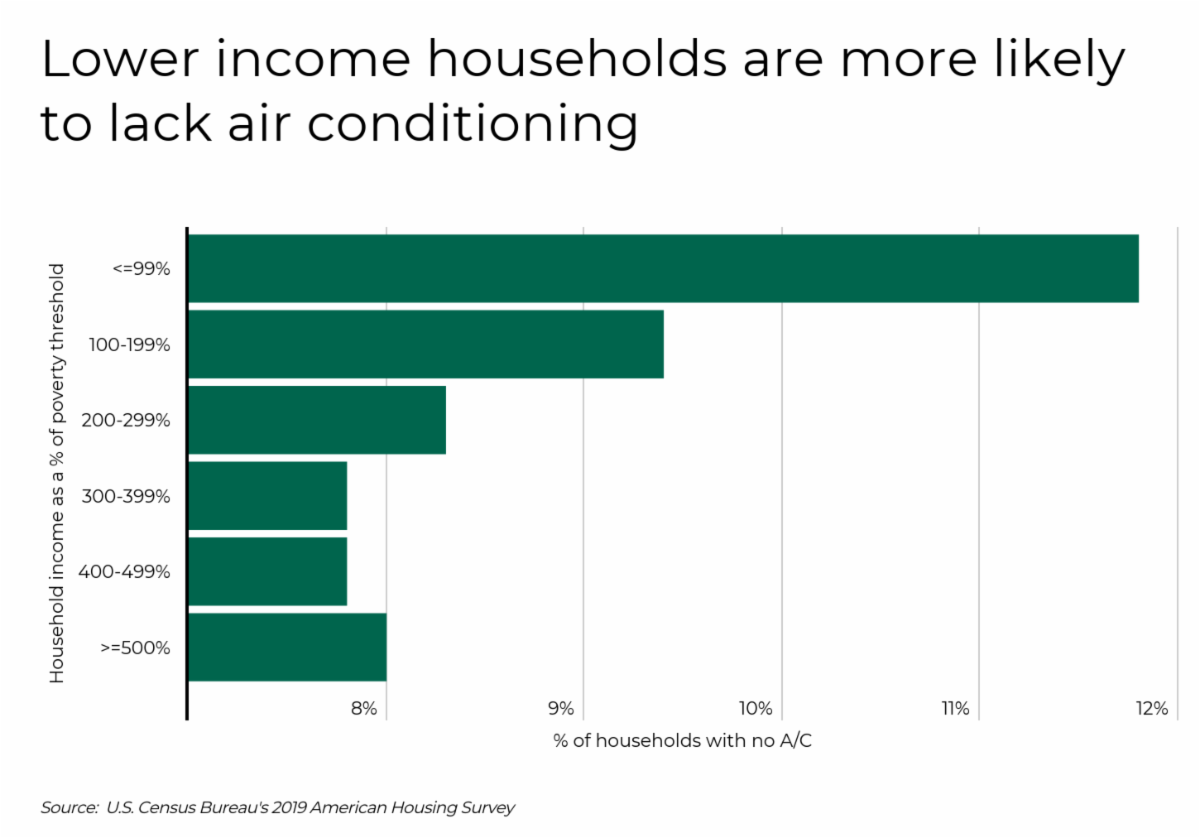 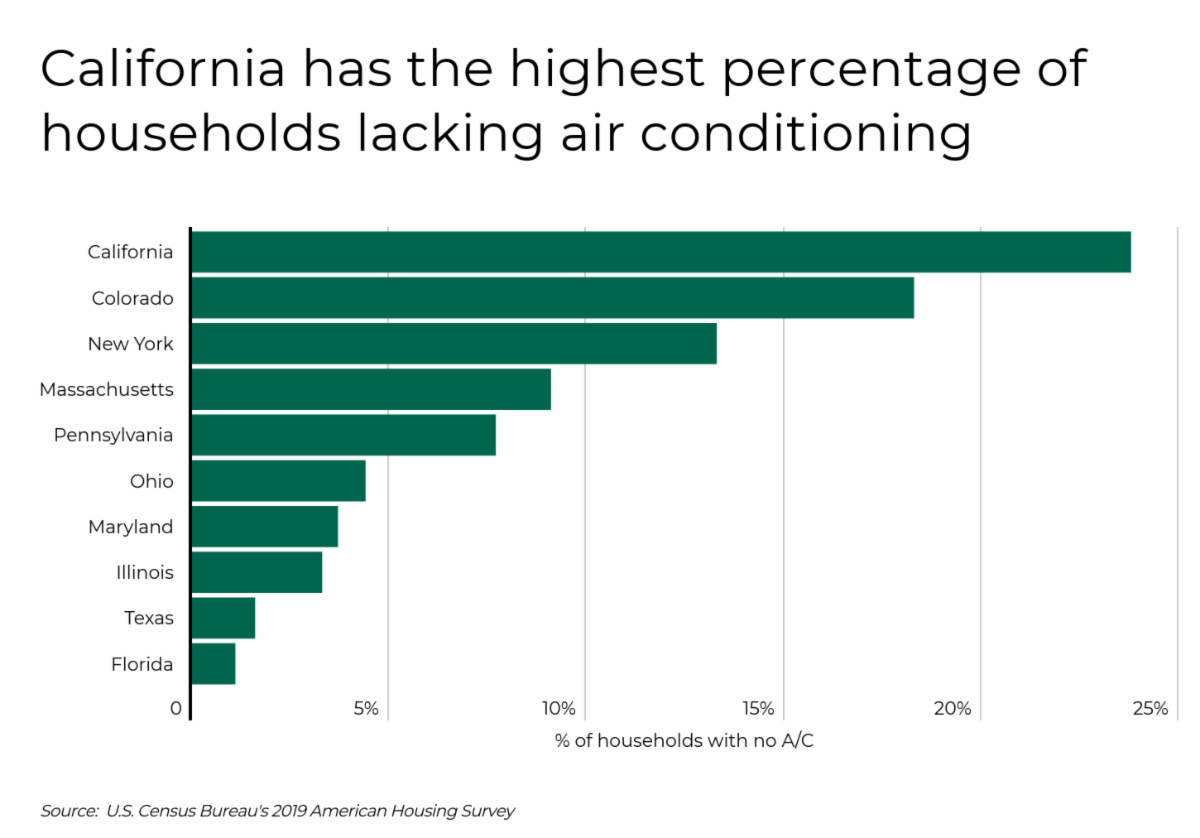 For more information, a detailed methodology, and complete results, you can find the original report on Filterbuy’s website: https://filterbuy.com/resources/us-cities-that-lack-air-conditioning/