Compared to prior generations, millennials—defined by the Pew Research Center as people born between 1981 and 1996—are known to be better educated, more likely to live in big cities, and more likely to delay marriage and start families. While they have also had lower homeownership rates than older generations of the same age, millennial home buying is picking up steam. Home demand has surged during the COVID-19 pandemic, and many aging millennials are now in a better position to buy a home. According to the most recent granular data on homeownership from the U.S. Census Bureau, the millennial homeownership rate—specifically for those between 23 and 38 years of age in 2019—was 41.9%.

Homeownership rates have been rising across all age groups since 2017, after dipping in the wake of the Great Recession and housing market crash. But unlike during the last economic recession, homeownership rates have only surged higher since COVID-19 began. Fueled by record low interest rates, increased savings rates, and a desire for more space, the overall U.S. homeownership rate jumped by more than two percentage points between 2019 and 2020. For homeowners under 35, which includes most millennials, the homeownership rate grew by even more, from 36.7% in 2019 to 39.1% in 2020. 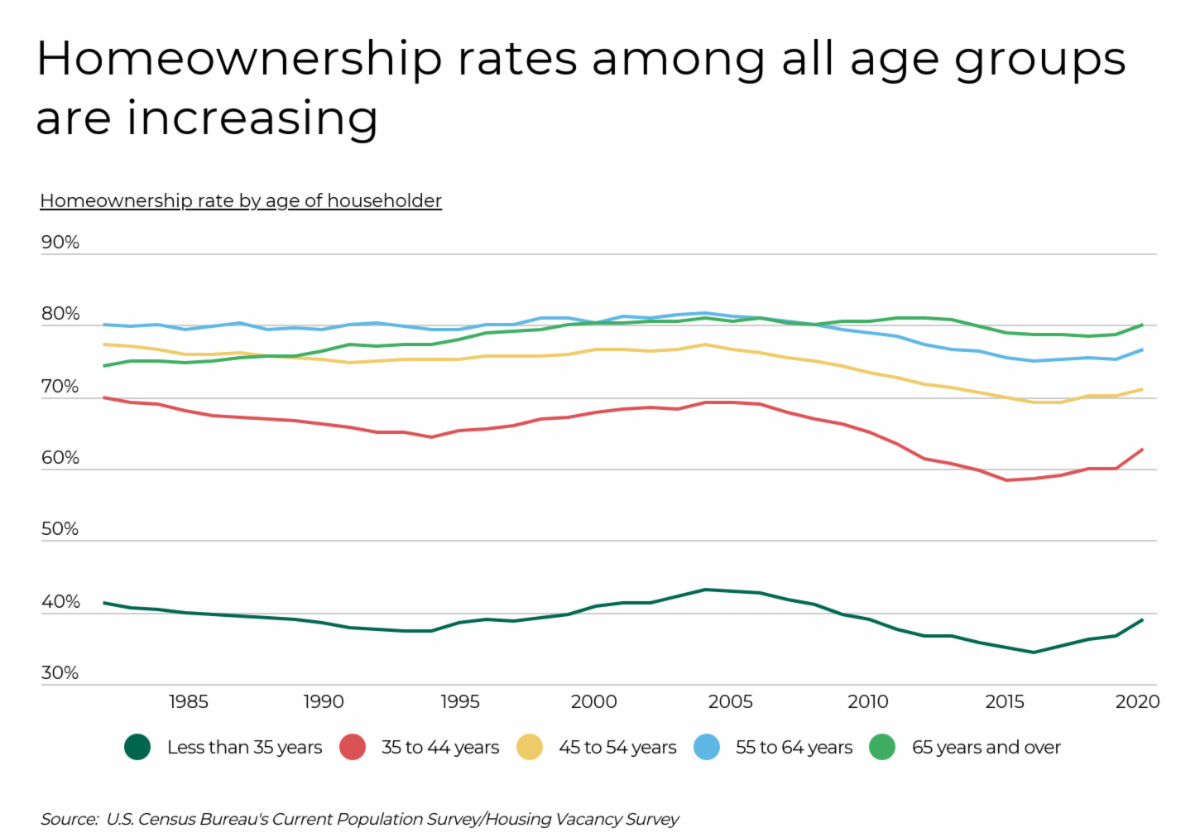 As it pertains to homeownership, millennials represent a more diverse group of individuals than do older generations because of their younger age. The millennial generation includes both individuals who recently graduated college and also those who have accumulated a decade or more of work experience. While younger millennials—many of whom have student loan debt and are not married—may not yet be considering a home purchase, older millennials have entered prime homebuying years. As such, age is an especially strong determinant of homeownership for millennials. 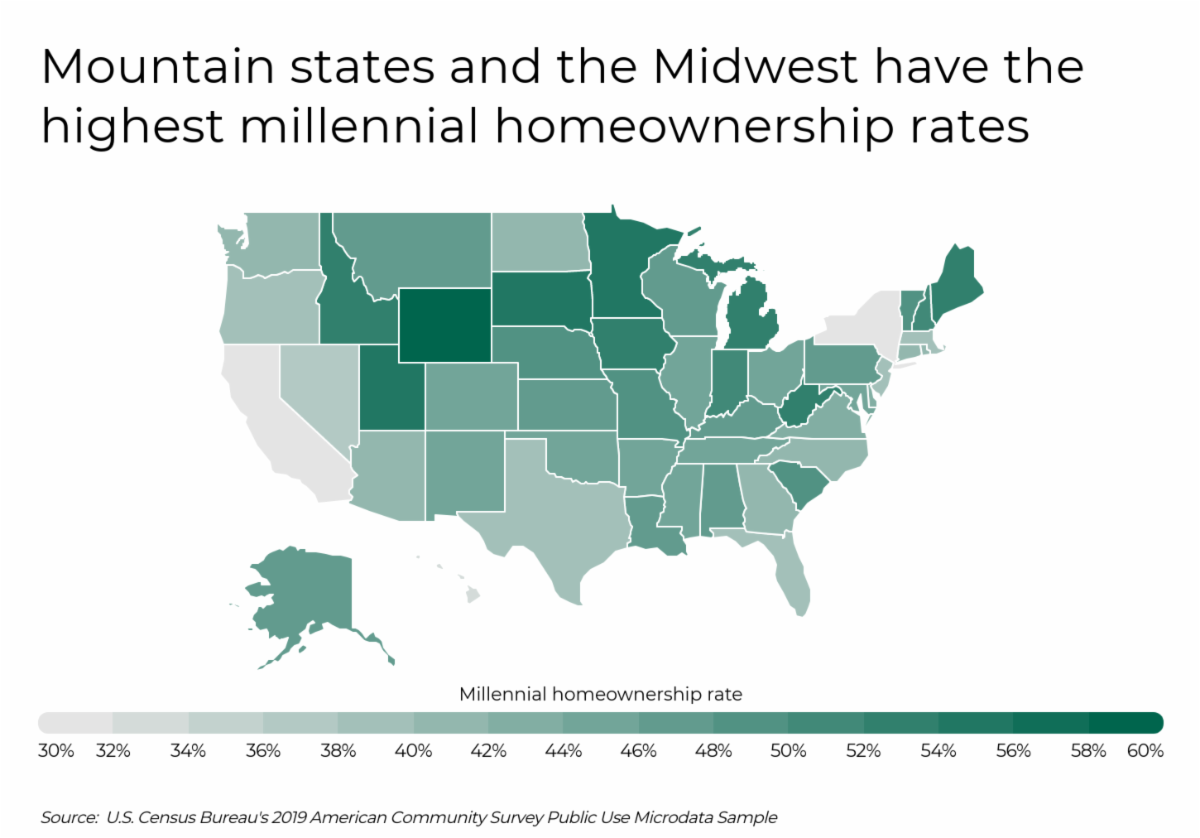 To find the states with the highest millennial homeownership rates, researchers at Filterbuy analyzed the latest data from the U.S. Census Bureau and Zillow. The researchers ranked states according to the rate of ownership among millennial householders. Researchers also calculated the median income for millennials, median home price, millennial income as a percentage of home price, and the millennial population share.

The analysis found that millennials make up 23.6% of the California population. The most recent Census data shows that 30.0% of millennial householders in California own their homes, compared to 41.9% at the national level. Out of all U.S. states, California has the lowest millennial homeownership rate. Here is a summary of the data for California:

For more information, a detailed methodology, and complete results, you can find the original report on Filterbuy’s website: https://filterbuy.com/resources/cities-millennial-homeownership-rates/