Since President Joe Biden and a new Congress took office earlier this year, federal policymakers have been working to speed up the U.S. transition to clean and renewable energy sources. One of Biden’s first actions in office was to rejoin the Paris Climate Accord, the 2016 agreement in which countries pledged to significantly reduce their CO2 emissions. The Biden Administration followed this up with aggressive carbon reduction targets and the American Jobs Plan proposal, which includes provisions to modernize the power grid, incentivize clean energy generation, and create more jobs in the energy sector. Much of Biden’s agenda builds on prior proposals like the Green New Deal, which would achieve emissions reductions and create jobs through investments in clean energy production and energy-efficient infrastructure upgrades.

The transition to renewables has taken on greater urgency in recent years with the worsening effects of climate change. Carbon emissions from non-renewable sources like coal, oil, and natural gas are one of the primary factors contributing to the warming of the atmosphere, and climate experts project that to limit warming, renewable energy must supply 70 to 85% of electricity by midcentury.

Renewable energy still represents less than a quarter of total annual electricity generation in the U.S., but the good news is that renewable energy has been responsible for a steadily increasing share of electricity generation over the past decade. Most of the upward trajectory comes from exponential growth in the production of solar and wind power. In 1990, solar power generated only 367,087 megawatt-hours of electricity, while wind power was responsible for 2,788,600 megawatt-hours. Since then, technological improvements and public investment in wind and solar helped lower costs and make them viable competitors to non-renewable sources. By 2020, solar production had reached 89,198,715 megawatt-hours, while wind produced 337,938,049 megawatt-hours of electricity. 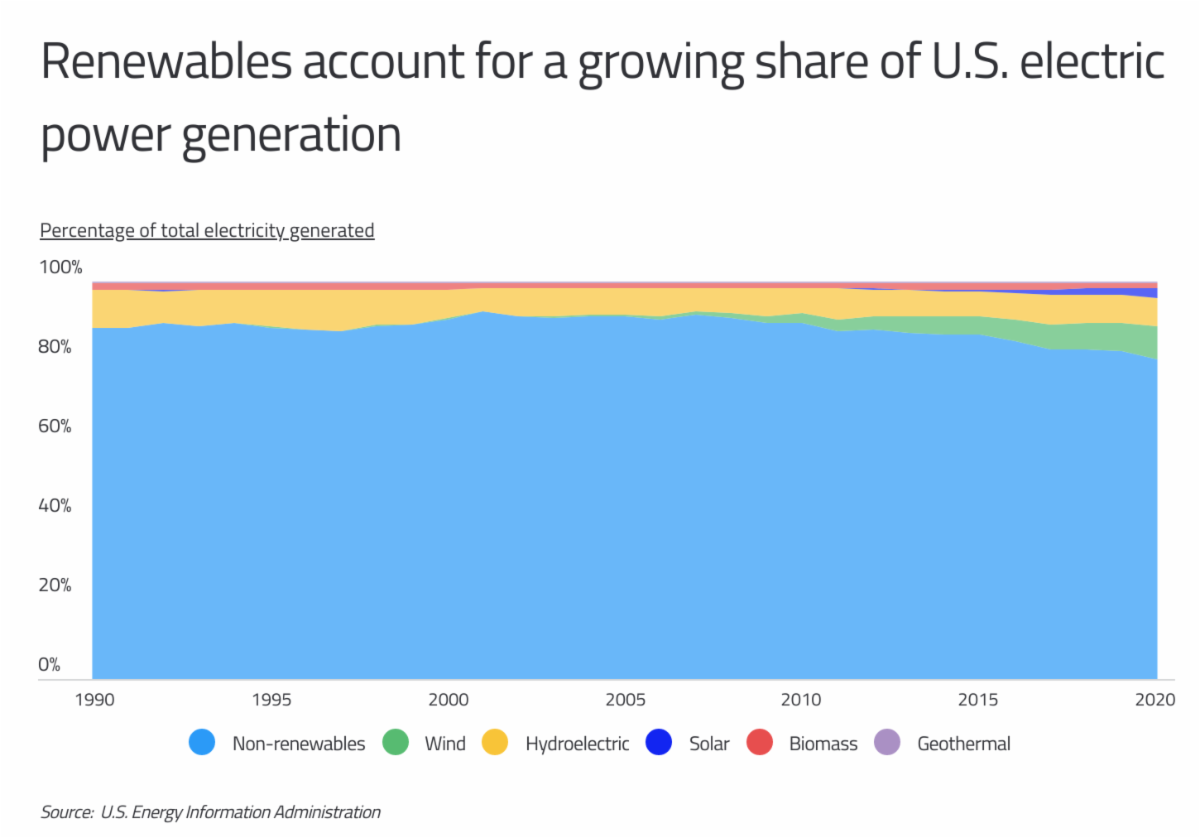 But this evolution is uneven across the U.S., a product of differences in states’ economies, public policy toward renewables, and perhaps most importantly, geographic features. Even among states that lead in renewable energy production, these factors contribute to different mixes of renewable sources. For instance, Texas—the nation’s top producer of renewable energy—generates most of its renewable electricity from wind turbines. Runner-up Washington and fourth-place Oregon take advantage of large rivers in the Pacific Northwest to generate more hydroelectric power than any other state. And California, which is third in total renewable production, has been a long-time leader in solar energy thanks in part to an abundance of direct sunlight. 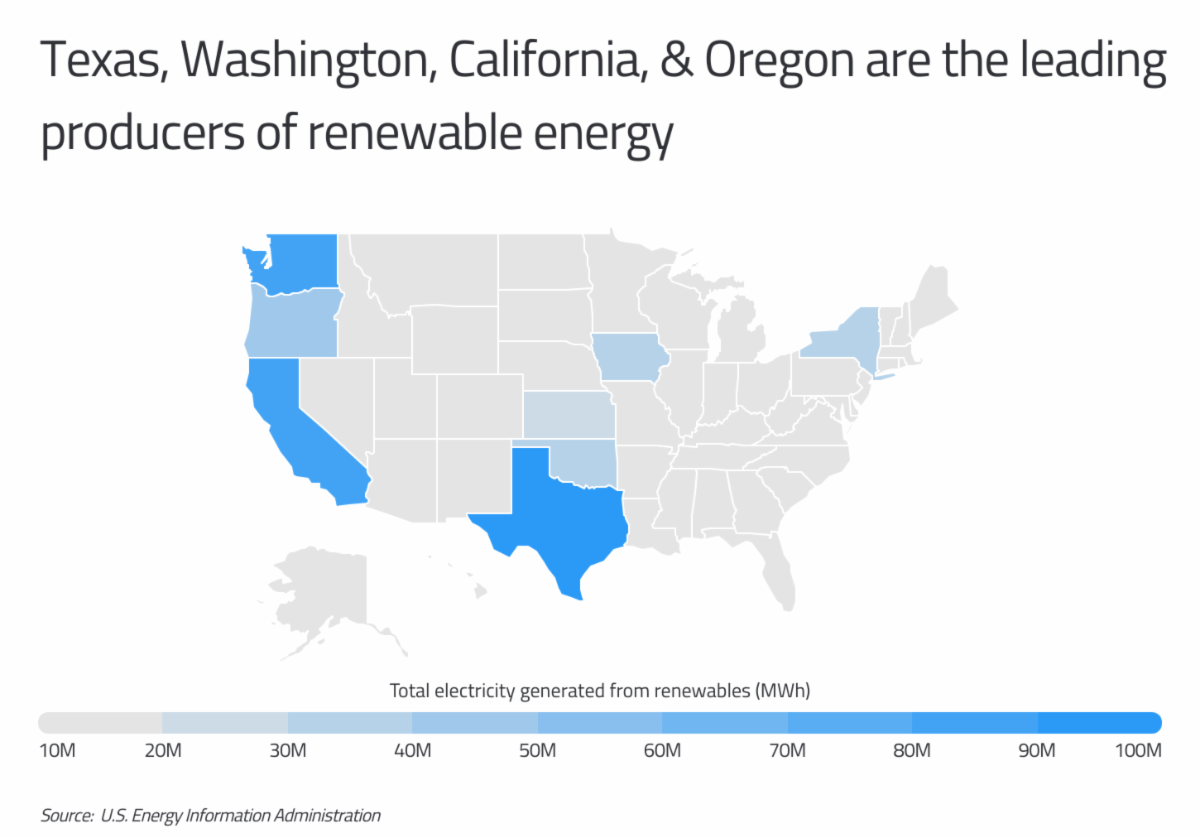 Meanwhile, states that lag behind in renewable generation include several states without the size or geographic features to scale up production, like Delaware, Rhode Island, and Connecticut, along with states whose economies are more traditionally dependent on fossil fuels, like Mississippi and Alaska.

To determine the states producing the most renewable energy, researchers at Commodity.com used data from the U.S. Energy Information Administration to calculate the percentage of total electricity generated from renewable sources. Renewable energy sources include: wind, solar, geothermal, biomass, and hydroelectric. In the event of a tie, the state with the greater five-year growth in renewable electricity production, between 2015 and 2020, was ranked higher.

For more information, a detailed methodology, and complete results, you can find the original report on Commodity.com’s website: https://commodity.com/blog/states-renewable-energy/