According to data from the U.S. Census Bureau, 20% of American households earn passive income either through dividends, interest, or rental properties. Among those households who do have passive income, the median amount is $4,200 per year. Passive income streams can be a large contributor to wealth creation, and higher-income households are more likely to have the means to invest in assets that provide it. 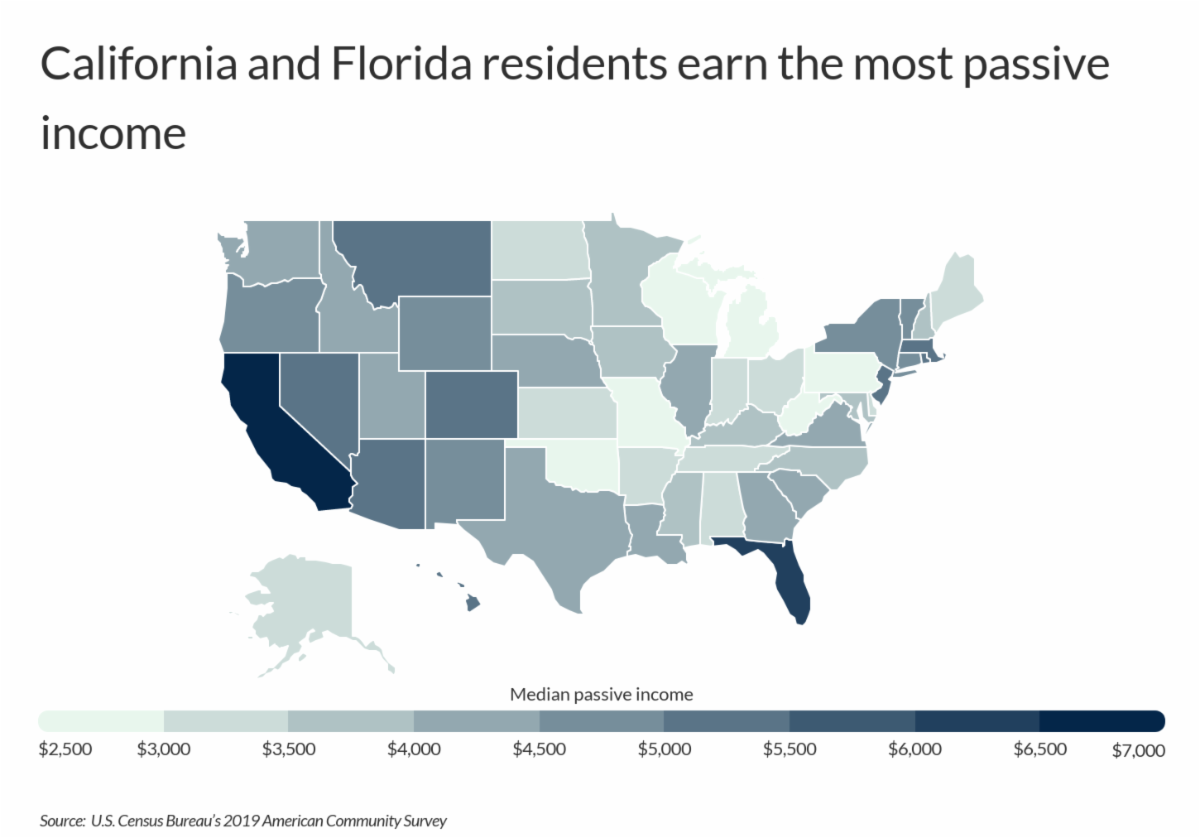 The ability to earn passive income increases with total income, and passive income streams tend to make up a larger share of income for wealthier households. In fact, the wealthiest 10% of American households own 89% of all U.S. stocks, according to data from the Federal Reserve. Likewise, nearly 50% of the nation’s wealthiest households own residential property that is not their primary residence, compared to just 13% of all American households.

At the regional level, households on the West Coast, Northeast, and Florida tend to earn more passive income. These differences vary based on total household income and other demographic factors. California and Florida residents earn the most, with median passive income of $7,000 and $6,000 per year, respectively. Whereas California has one of the highest median total household incomes of any state, Florida is home to a larger share of retirees who tend to depend on passive income to cover their living expenses.

For more information, a detailed methodology, and complete results, you can find the original report on ChamberOfCommerce.org’s website: https://www.chamberofcommerce.org/cities-whose-residents-make-the-most-passive-income/