One of the COVID-19 pandemic’s most significant long-term effects on the economy could be rising wages. With widespread shortages in the labor market reported this summer, many employers—particularly those with lower-wage employees—have tried to entice workers with improved compensation and benefits. These trends have led to the fastest rates of wage growth since the Great Recession, especially among the lowest earners.

But lower-wage professions still have a long way to go to match the strong rates of wage growth for higher-income jobs over the last few decades. According to data from the Economic Policy Institute, inflation-adjusted wage growth from 1979 to 2019 for a worker at the 10th percentile of wages was a mere 3.3%. For the median earner, wages grew 15.1% over that span, while for 95th percentile earners, wages were up 63.2%.

These divergent trends have driven up the share of Americans in high-earning professions and created larger gaps between higher and lower ends of the income spectrum. Twenty years ago, only 0.7% of American workers were in jobs that typically paid more than $100,000 per year. By 2015, that share was 3.8%. And in the last five years alone, the percentage of American workers in six-figure jobs more than doubled to 7.9% in 2020.

One field that may be contributing to the growth rate of high-paying jobs nationwide is tech: software developers and computer and information systems managers—both of which have faster growth rates than most other professions—currently combine for more than 1.9 million high-paying jobs. But while fast-growing tech jobs and more specialized fields like law, health, or finance often get the attention, the most common six-figure profession is general and operations managers. More than 2.3 million U.S. workers fill this role, which is common in organizations of all types across the public and private sector, and it has a median annual income of $103,650. 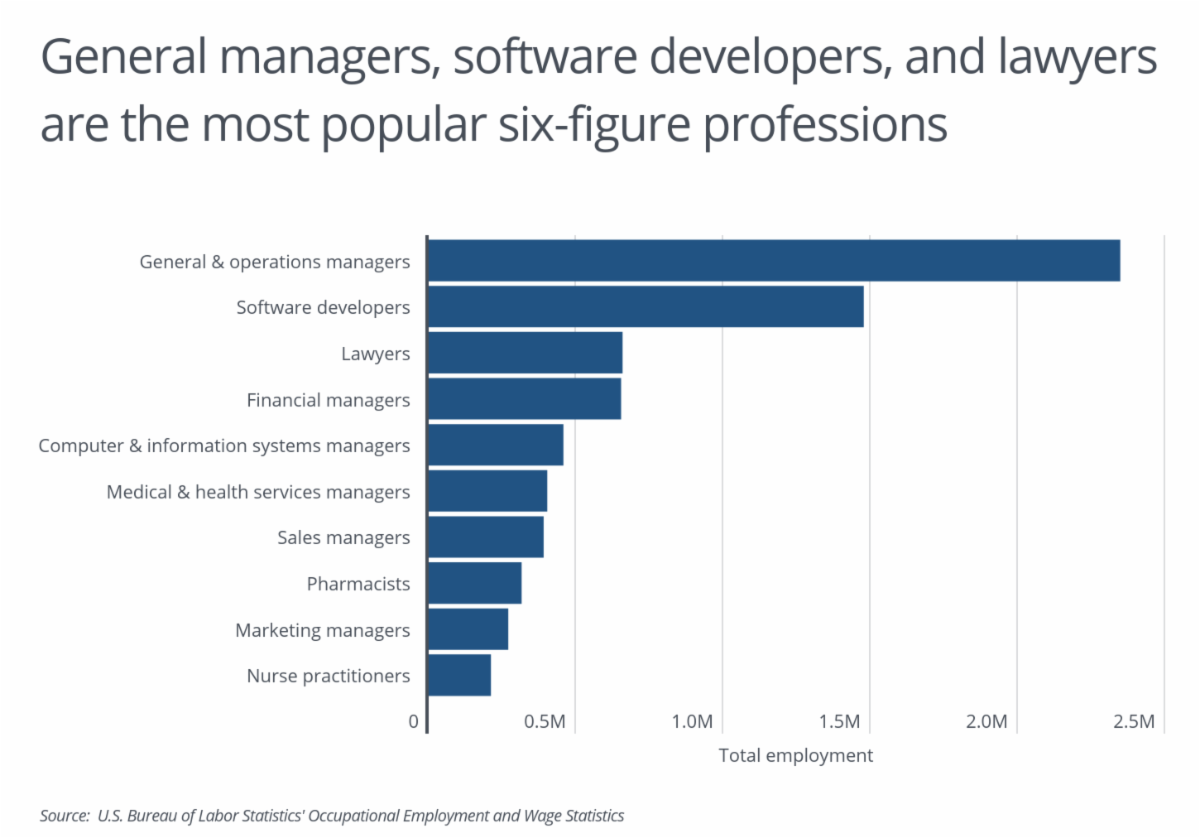 In addition to being concentrated in certain fields, high-paying jobs are also geographically concentrated. Six-figure salaries are most common in coastal states including California, Massachusetts, Maryland, and New York, where the population tends to have greater educational attainment, cost of living is higher, and high-paying industries like tech, business, law, and health and life sciences are more prevalent. But even many parts of the country where these jobs are less common are seeing growth. Six-figure jobs more than tripled in Hawaii from 2015 to 2020, and ten other states—mostly in the Mountain West and upper Midwest—had a growth rate for six-figure jobs of more than 100% over the same span. Many of these states are proving more attractive to employers and professionals seeking lower-cost locales. 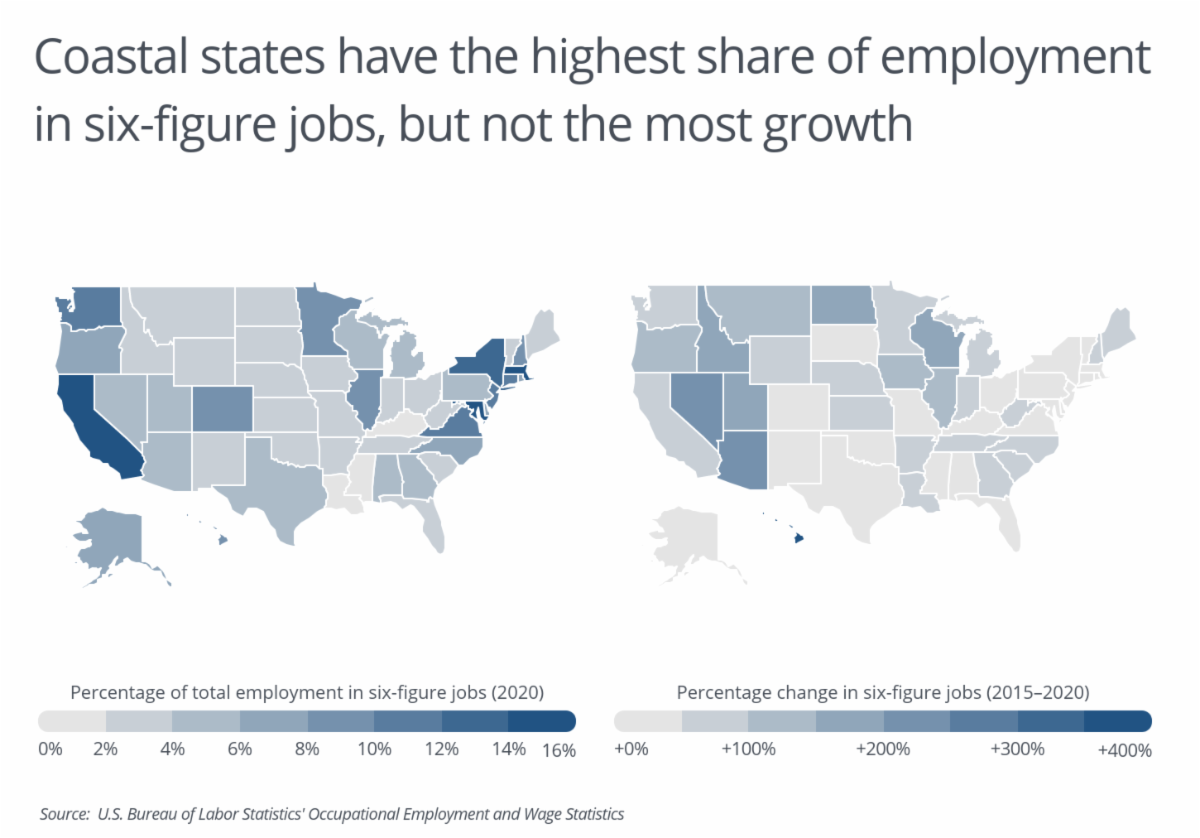 At the local level, low costs can also be a major draw for companies looking to grow or expand, along with access to a strong labor supply or top universities. These factors have boosted the growth of high-paying jobs in metros like Nashville, Phoenix, and others as they have emerged as viable alternatives to established centers like New York or the Bay Area.

The analysis found that California experienced a 65.6% increase in six-figure jobs between 2015 and 2020, while the U.S. on average saw a 110.0% increase. Here is a summary of the data for California:

For more information, a detailed methodology, and complete results, you can find the original report on Stessa’s website: https://www.stessa.com/blog/cities-with-high-paying-job-growth/