Today the California State Auditor launched a new tool—an online dashboard—that ranks more than 470 California cities based on detailed information about their fiscal health. The ranking is part of the Auditor’s High-Risk Local Government Audit Program for determining whether a local government agency is at risk of fiscal distress.

“For the first time Californians will be able to go online and see a fiscal health ranking for more than 470 cities based across the state,” said California State Auditor Elaine M. Howle. “This new transparent interface for the public, state and local policy makers, and other interested parties is intended to identify cities that could be facing significant fiscal challenges.”

The top California cities facing fiscal challenges identified on the online dashboard include:

For a complete list of city rankings, including the top three fiscally challenged cities by region, visit: https://www.auditor.ca.gov/bsa/cities_risk_index.

Using publicly available information, the Auditor’s Office used various financial indicators to assess the fiscal health of cities including those that determine if a city can pay its bills; the city’s level of debt; whether the city has reserves; how the city’s revenue is trending; and if the city can pay retirement benefits. The tool allows users to view individual city ratings which are scored using a stop-light indicator rating system with red being high risk, yellow being moderate risk, and green being low risk.

To ensure the development of the list included third-party municipal fiscal health expert input, the Auditor’s Office established and consulted with an advisory panel made up of experts in municipal fiscal health including representatives from the Public Policy Institute of California, CalPERS, California Policy Center, S&P Global Rating Services as well as an advisor to the California Society of Municipal Finance Officers and the League of California Cities, and a professor at the Daniel J. Evans School of Public Policy and Governance at the University of Washington.

“We assessed risk by performing various financial comparisons and calculations that could indicate the potential for fiscal distress, and we analyzed things such as a city’s cash position or liquidity, debt burden, fiscal reserves, revenue trends, and ability to pay for employee retirement benefits,” said Howle. “We ensured the rigor behind our approach by establishing and engaging an advisory panel of experts in municipal fiscal health. We are confident that our assessment will help distressed cities get in front of impending challenges.”

The State Auditor will now use an independent, data-driven analysis to determine which cities to send audit teams into to get local officials’ perspective regarding the areas of concern. If the assessment determines it would be beneficial to conduct an official audit of the respective city to determine the extent of the fiscal challenges and to recommend corrective actions, the State Auditor will request approval to do so from the Joint Legislate Audit Committee (JLAC). 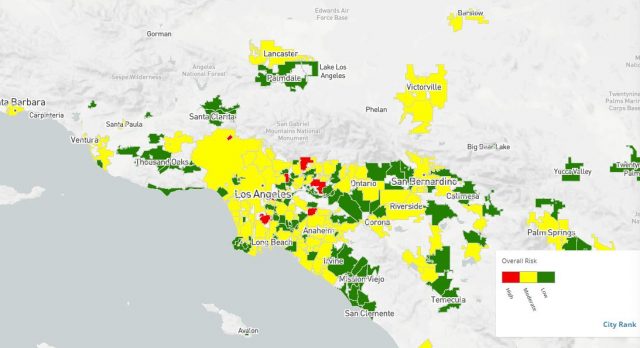 About the California State Auditor’s Office