SAN FRANCISCO–The California State Supreme Court has ordered Governor Gavin Newsom to respond by 3 p.m. Friday to two legal petitions filed on behalf of both public and private schools in the State asking to reopen with in-person classes. The petitions were filed through Tyler & Bursch, LLP in conjunction with Advocates for Faith and Freedom.

In July, Orange County education board trustees voted to reopen schools in fall with in-person classes—an action overruled by the governor and public health officials. This resulted in a 4-0 decision made in closed session on July 28 by the board to file a lawsuit against the governor and the California Public Health Officer.

“California children have a constitutional right to both an education and equal protection under the law,” said attorney Jennifer Bursch, Tyler & Bursch, LLP. “The Governor denied them these rights and did so without adequately considering the disparate impact these restrictions would have on the disadvantaged.”

Attorney  Robert Tyler stated: “We brought this lawsuit to protect the single mom and her children, children whose parents do not read or write English and children with special needs. The Governor’s ban on in-person learning will cause tens of thousands of kids to fall through the cracks and in many cases, will be harmed for life. A statewide school campus shutdown is scientifically unnecessary and has not been established by scientific studies and the Center for Disease Control.”

Orange County Department of Education President Dr. Ken Williams stated, “We understand the Governor believes this is a difficult decision. But we reviewed the data and came to the logical conclusion that our schools can reopen with risk mitigating efforts and safeguards provided by the state and local public health agencies. We believe that the benefits of reopening schools outweigh the potential harm of children not being in the classroom.”

Mari Barke, Vice-President of the OCBE said: “The board has heard from the community, reviewed data, and heard from experts in the medical and education fields. As a result, we feel that there is a greater risk to our children in not reopening schools than the risk from reopening them, for most children. Parents are in the best position to make decisions for their children. The Governor’s subsequent order is taking that choice away from families who need it most.”

Recently elected trustee Tim Shaw added, “Many families have been suffering from extreme stress as they attempt to make a living while balancing a new obligation to manage their children’s education. Some parents do not speak English, yet they are obligated to help their children using English materials. How is that going to work?”

Trustee Dr. Lisa Sparks commented, “We can’t forget the mental health of our students. It is our understanding that many students have been harmed by the isolation. With calls to suicide hotlines dramatically increasing during this shutdown, we can’t simply go along with statewide plans that we know are harmful to our kids and deprive them of the educational and social benefits they get from attending school.”

A Press Conference will be held Wed., August 26 at 11 a.m. at the Orange County Department of Education, 200 Kalmus Drive, Cost Mesa, CA 92626. Speaking in both English and Spanish will be trustees of the Orange County Board of Education, attorneys and parents (Joaquin Cruz, Angela Miller, and Cecilia Ochoa) named in the petition.

Tyler & Bursch, LLP (with offices in Murrieta and Anaheim) is representing plaintiffs pro bono to protect the vulnerable children in California. They have served clients throughout Southern California for over 20 years. Advocates for Faith & Freedom provides defense in constitutional liberty legal cases. 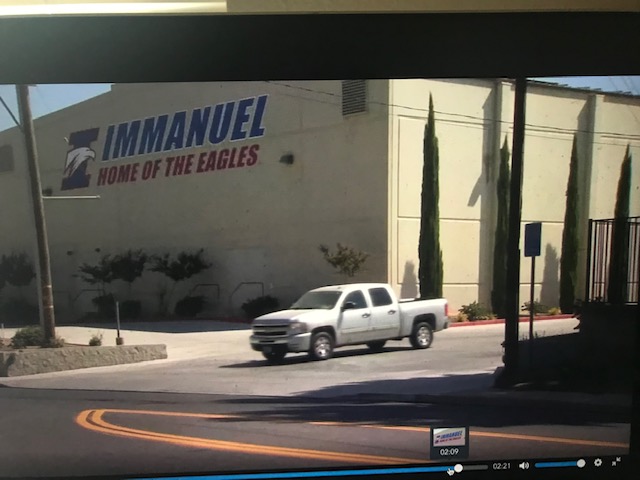 […] The California State Supreme Court has ordered Governor Gavin Newsom to respond by 3 p.m. Friday to … […]

Hope you are all signing the latest recall petition for gavin. The site starts with the word recall, followed by gavin, followed by this year 2020 with dot com.