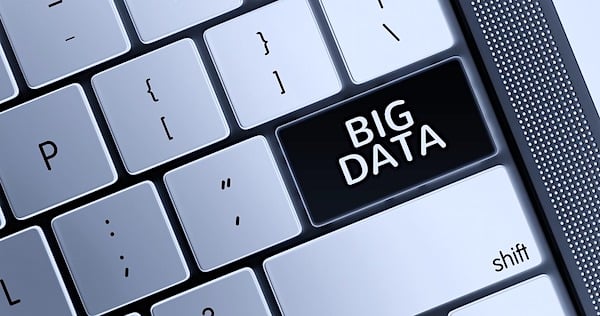 One study by the Media Research Center already has documented that Big Tech’s suppression of the real-life news story about Hunter Biden’s abandoned computer laptop and the damaging – to Joe Biden – information it contained cost President Trump the election victory in 2020.

But those social-media giants are protected from virtually all liability for what they censor based on Section 230 of the Communications Decency Act.

That provides immunity from liability because they are supposed to be “platforms” for speech, not “publishers” of that speech.

Even though virtually every social-media corporation making up the Big Tech cartel in America is known for, and has publicly admitted, censoring statements because of their content, suppressing conservative views and thought and promoting liberal agenda points.

Now one expert is offering a stunning solution to that problem: having those tech companies make public their algorithms that determine what is censored.

The concept comes from Kalev Leetaru, a media fellow at Real Clear. He’s also a senior fellow at the George Washington University Center for Cyber & Homeland Security and previously he was fellow in residence at Georgetown University’s Edmund A. Walsh School of Foreign Service and member of the World Economic Forum’s Global Agenda Council on the Future of Government.

“Section 230 must be amended to require that in return for the liability immunity they enjoy, Internet platforms must make the real-world rules, algorithms, design decisions and management directives that determine what we see each day accessible to policymakers, researchers, the press and the public at large,” he explained.

“Social media’s reach into Americans’ daily lives is too great to leave our understanding of its harms and undue influence to the courage of whistleblowers. A new Section 230 ‘transparency amendment’ would require that social platforms make an array of key datasets publicly available, thus replacing chance leaks with routine disclosure and enabling policymakers to have informed data-driven debates as they seek to chart a regulatory path forward.”

He said what until now has been a “closed and seemingly capricious system” needs to be changed into “a public process — akin to our legal and electoral systems — that can be scrutinized and publicly debated.”

He cited his own foundation’s new report “Transparency is the First Step Toward Addressing Social Media Censorship,” in support of his plan.

That, he wrote, “offers a glimpse of what this transparent future might look like, while the full-length research report behind it, “Social Media, Digital Censorship & the Future of Democracy,” details America’s 2½-century journey to a world in which a handful of unelected billionaires wield near-absolute control over digital speech, with the power to censor citizens and governments alike, arbitrate ‘acceptable speech’ for the entire planet, determine ‘truth’ and even silence the presidency.”

He pointed out that both sides of the political aisle are more and more recognizing that increased regulation of agenda-driven social media platforms is needed.

He explained Americans first need to understand what those companies do, and how they do it, in order to fix the problem.

“Much as a doctor cannot prescribe a treatment plan for a patient without first diagnosing the specific ailments from which they suffer, meaningful reform of social censorship requires data-driven interventions. Facebook whistleblower Frances Haugen warned last week that ‘as long as Facebook is operating in the shadows, hiding its [work] from public scrutiny, it is unaccountable.’ The problem, as Haugen notes, is that we lack the most basic data on how social platforms function and their impact on society to be able to understand how we might best regulate them,” he explained.

He said the problem with Section 230 is that it didn’t require the companies to provide anything in return for their “near-absolute immunity.”

“States were explicitly barred from narrowing 230’s protections and government was given no oversight role, depriving the American public from influencing or even seeing the rules that govern the digital public square. Most importantly, Section 230 failed to require even the most basic of transparency around how companies wielded its protections,” he said.

That leaves social media companies restricting posts, suspending, banning and demonetizing users based on their views “without any explanation…”

“Even mainstream media is not exempt, as Twitter’s ever-changing explanations for banning the New York Post’s Hunter Biden laptop story reinforces,” he said.

“Moreover, Section 230’s reach now extends beyond the web to the physical world, as Facebook arbitrates which protest marches are permissible to promote; Uber and Lyft ban users over their tweets; Airbnb banishes users over their group affiliations; Amazon refuses to publish books it disagrees with; and even Microsoft crafts acceptable use policies for desktop software. Even foreign-owned TikTok banned Donald Trump, as did its U.S. peers, reflecting the increasingly international reach of Silicon Valley’s rules,” he said.