As Texas went dark last week, with much of the state’s population experiencing blackouts under severe winter weather conditions, US senator Ted Cruz (R-TX) and his family jetted off to Cancun for a warm, sunny family vacation. Mockery and outrage ensued.

The mockery was quite fun and often on point given Cruz’s political positions (“heroic father crosses Mexican border and travels 1200 miles to find running water, heat, and electricity for his family unquote”). The outrage, well, not so much. 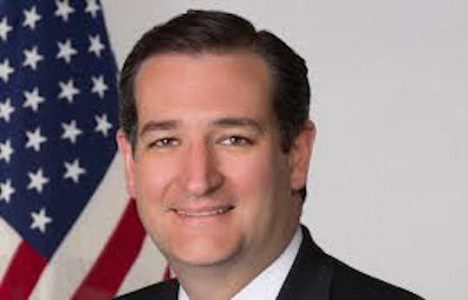 Cruz doesn’t work as a lineman for any of the several utilities serving Houston.

Nor does he staff a complaint desk handling public calls reporting power outages.

In fact, he doesn’t even work in Houston. He works in Washington, DC.

For some reason, though, he’s taking hits for a  “failure of leadership” because he didn’t stay in Texas to suffer along with his constituents.

Ted Cruz isn’t a “leader.” He’s a US Senator. He casts one of 100 votes in a national legislative body. He is not the energy tsar of Texas. The most his constituents could reasonably expect of him would be to lobby US president Joe Biden for emergency assistance from the federal Emergency Management Agency. That’s something he could more easily do by phone than in person, especially given pandemic-related social distancing norms, and his phone presumably works as well from Cancun as it would from College Station, Corpus Christi, or Caldwell.

Is a sun-soaked vacation during a winter weather event “bad optics?” Only to people who place greater value on and trust in Ted Cruz, his position, and his activities than they should. Making sure you have electricity just isn’t his job — and if it was you could probably expect longer and more frequent blackouts, not shorter and fewer ones.

Whose job is it to make sure Texans have electricity? That would be the mission of the Electric Reliability Council of Texas. Well, sort of. ERCOT, a “membership-based 501(c)(4) nonprofit corporation,” is overseen and regulated by Texas’s Public Utility Commission and state legislature.

In other words, by a bunch of politicians and government employees.

A case could be made that last week’s storms and freezes were a rare and unforeseeable circumstance and that ERCOT and its political masters aren’t really to blame.

There’s no case to be made that Ted Cruz IS to blame. Or that his family trip to Cancun somehow insults his constituents. Lighten up, folks.

I think it’s interesting that the only logical defense of Ted Cruz is, essentially, “You shouldn’t be depending on competent government anyway.” So I guess Cruz is the ideal politician for the “government can’t do anything right” crowd. Sort of a perfect circle of nihilistic reasoning.