Camarillo, CA –  Casa Pacifica Centers for Children and Families main campus off Lewis Road in Camarillo has been renamed the Steven E. Elson Campus after retired and longtime Chief Executive Officer Dr. Steve Elson. Casa Pacifica’s Board of Directors voted on the resolution and revealed the surprise at their virtual board meeting on Wednesday, August 5th. Board President Bill Powell said the Board put a lot of thought into the perfect way to honor Elson’s legacy. “Steve has been Casa Pacifica’s only CEO since we opened our doors 26 years ago, this has been a big part of his life’s work of bringing people home. His vision and leadership has seen us through some tough times and has also helped us reach admirable heights – we thought naming the Camarillo campus after him was an appropriate way to honor his legacy of healing.”

Shawna Morris, Casa Pacifica’s new Chief Executive Officer commented on the name change saying, “Naming the campus the Steven E. Elson campus is a wonderful way to remind each of us every day the reason we work at Casa Pacifica as Steve embodied the hope and help that we provide for abused, neglected or at-risk youth and their families.”

Elson recently retired on July 17th, stepping down after 26 years at the helm. Throughout his tenure, Casa Pacifica has seen massive growth from an original four core programs in 1994 to 14 campus and community-based programs in 2020 that are recognized throughout the state and the nation for their high quality and effective methods. Since opening their doors in 1994, Casa Pacifica has helped 42,687 children and youth, and their families under Elson’s leadership.

Elson also guided Casa Pacifica through the Continuum of Care Reform (CCR) a “once in a generation” child welfare reform implemented in 2017. Casa Pacifica was the third agency in the state and the first in Southern California to be STRTP (Short-Term Residential Therapeutic Program) licensed.

In addition to serving as Casa Pacifica’s CEO for the last 26 years, Elson has given his time to many state and national organizations fighting for the same advances, serving in several officer capacities for many of them. The organizations include the California Alliance of Child and Family Services, the American Association of Children’s Residential Centers, California Mental Health Advocates for Children and Youth, California Association of Services for Children, California Council of Community Mental Health Agencies, California Coalition of Mental Health, and the Los Angeles Associations of both Children’s Services and Community Mental Health. Elson has been involved in every major public policy initiative involving children and youth in the last 35 years. 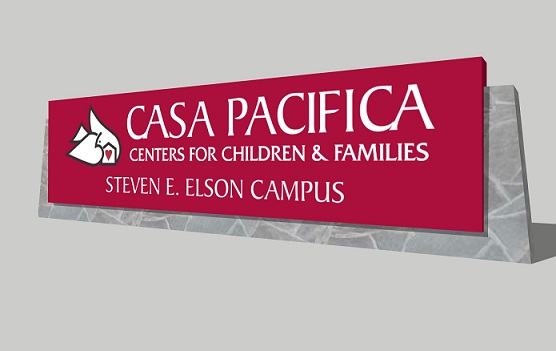 Casa Pacifica Centers for Children and Families is a crisis-care and residential treatment facility for foster or at-risk children in Ventura and Santa Barbara Counties. Its mission is to restore hope, enhance resilience, and strengthen community connections for children, young adults and families at the most challenging times of their lives. The agency is the largest non-profit provider of children’s mental health services in both counties and administers ten community-based programs designed to strengthen families and keep children in their homes and communities. One of those community-based programs is their foster family agency, which recruits and trains families for potential placement with a foster youth. Camino a Casa by Casa Pacifica is a private insurance program designed to offer Casa Pacifica’s high-quality mental health services to private insurance youth. For more information about Casa Pacifica visit its website www.casapacifica.org or call the Development & Public Relations Department at (805) 445-7800.