Catholic School District Decrees Restroom Use, Pronouns To Be Based On Biology 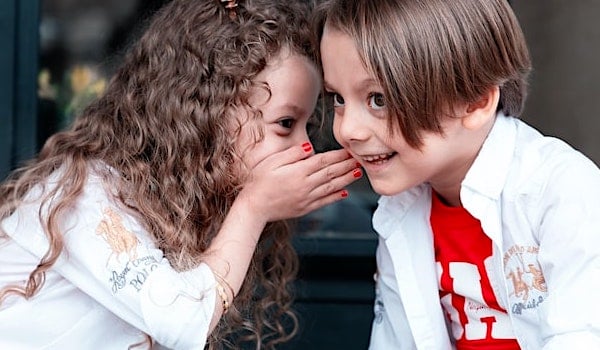 Officials for the Catholic Archdiocese in Omaha have announced that for their schools, bathroom use and pronoun use will be based on biology.

Local outlet KETV confirmed the announcement immediately was condemned by a splinter group called Catholic Families for Love which is insisting it is wrong to be “treating students according to their biological sex at these schools.”

The new policy exempts school employees and volunteers and also confirms students will not be denied admission based on “their experiences with gender dysphoria.”

The report said archdiocese spokesman Tim McNeil said, “Over forty similar policies and guidelines from dioceses and professional organizations were studied in advance of our revision efforts.”

The policy specifies that biological sex “must be the standard when it comes to treating and interacting with students, submitting school documents and implementing procedures,” the report said.

Issues affected include students’ personal pronouns, dress and bathroom use.

The archdiocese said around 150 people, including priests, school officials, pediatricians and mental health experts, were involved in formulating the policy.

It does exempt off-campus activities of employees and volunteers and allows students to post their views on social media outside of school, even if those contradict church teachings.

Archbishop George J. Lucas said in a letter that the school has a duty to affirm Roman Catholic Church beliefs.

A commentary at the Post Millennial explained the policy determines: “All students shall conduct themselves in accord with their God-given biological sex as it relates to the use of personal pronouns, dress code, use of public bathrooms, and participation in school-sponsored activities.”

It noted that the archdiocese had been under attack by “gender activists, including from the ACLU” to violate church teachings.

Lucas had explained, “This policy for schools balances the pastoral needs and obligations of parents, guardians, students, and school leaders within the mission of the church. It acknowledges our responsibility to uphold Catholic teaching in our schools, which is an important manifestation of the ministry of Jesus. The policy expresses our continuing determination for our schools to partner with parents whose children face special challenges, to the extent that we are able to do so.”

The policy also establishes a “plan” through which parents and church officials would partner to provide spiritual guidance to students suffering gender dysphoria.