serving from the heart has been the cornerstone of Sigma Gamma Rho’s efforts for almost 100 years. The work is not hard when it’s heart-centered.

Now, the organization is gathering in Indianapolis for a Centennial celebration. The celebration actually began on January 1st, 2022, in New York City with a royal affair culminating in the final year of their journey to 100. Festivities happened throughout the year across the U.S. in Houston, Chicago, Los Angeles, Atlanta, and New Orleans, with the most prominent event happening this week in Indianapolis, IN, July 12th- July 17th, with a star-studded event featuring Kirk Franklin, Charlie Wilson, comedian Ricky Smiley, The Hamiltones, Doug E. Fresh, notable member MC Lyte, and many others.

The legacy of 100 years will be illuminated by their message of “Greater Women. Greater World.” The multi-city centennial celebrations will culminate in November 2022 in Indianapolis, Indiana.

Sigma Gamma Rho Sorority, Inc. has served as a home for thousands of collegiate and professional women looking for a place to share inspiring life experiences, learn new things, conquer life challenges, thrive in society, and uplift the community through sisterhood, scholarship, and service. The women of Sigma Gamma Rho have built and sustained a well-known and highly respected reputation for leading positive change. Sigma Gamma Rho’s commitment to service is expressed in its mission, “Greater Service, Greater Progress.”

“Serving from the heart has been the cornerstone of Sigma Gamma Rho’s efforts for almost 100 years. The work is not hard when it’s heart-centered”, said Liberty.

Sigma Gamma Rho Sorority, Inc is known for more than being a service sorority. It is an organization for women’s development.

The organization is currently led by Grand Basileus, Rasheeda S. Liberty. The 26 year member of the renowned sorority provides leadership to over 100,000 sorority members and serves as chairman of the board of directors, composed of 38 national and regional officers who manage the sorority’s 500 chapters in the United States and in several countries. Mrs. Liberty has brought over a half million in committed funds towards programming efforts for the sorority. To date, she has introduced new partners to the organization, such as Google, Goldman Sachs, U.S. Army and the OWN Network. She has propelled their social action efforts forward with critical partners, including When We All Vote, OWN Your Vote, and The Collective. Mrs. Liberty also launched a professional development arm for the sorority, named the Sigma Flame Institute, and hosted the first “Day on the Hill” event with members of congress for focused attention on the safety and security of women and youth.

Sigma Gamma Rho Sorority, Inc is known for more than being a service sorority. It is an organization for women’s development. Boasting partnerships with many Historically Black Colleges and Universities (HBCUs), Google, and Goldman Sachs to continue their agenda developing women around the world. The organization also has active affiliate groups devoted to empowering women at different stages in life. The Rhoer Club Affiliates (teenage girls) and Philos Affiliates (friends of the sorority) also assist alumnae chapters with various service efforts and programs.The sorority has more than 500 chapters in the United States, Bahamas, Bermuda, Canada, Germany, South Korea, U.S. Virgin Islands, and the United Arab Emirates.

Sigma Gamma Rho boasts a robust legacy in education which is ingrained in the founding of the organization, as it was founded by seven young educators. Today, this legacy lives on in the organization’s commitment to enhancing the quality of life for women and their families through education and community outreach.

The post Celebrating 100 Years of Service appeared first on The Sacramento Observer. 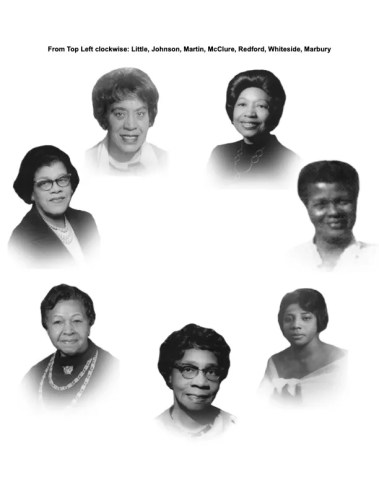 Founded on November 12, 1922 in Indianapolis, Indiana on the campus of Butler University by seven young educators and the sorority has since welcomed more than 100,000 collegiate and professional women from every profession. 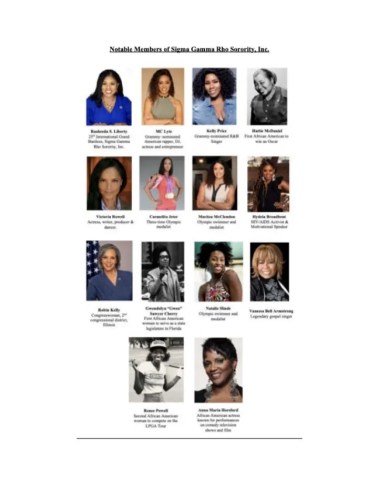 The organization boasts a roster of programs ranging from women’s safety and wellness, to youth preparedness but its flagship program is Swim1922. The organization has touched 20,000 lives through its Swim 1922 program which teaches swimming and water safety to children and adults. The organization has a proud history of providing positive and proactive community outreach nationally and internationally, founding six (6) schools in the last 20 years in Haiti and Ghana. Sigma Gamma Rho is pushing their social action agenda in education, voter registration, sex trafficking and safety for all women, and health forward for another 100 years to come.