Camarillo, CA – Tickets are now on sale for Casa Pacifica’s 25th Anniversary Hope Gala slated for Saturday, March 14th, 2020 at the Four Seasons Westlake Village. For tickets and sponsorship information visit https://12732.thankyou4caring.org/events/25th-anniversary – ticket prices go up February 8th. The formal event will focus on alumni transformations and successes from Casa Pacifica’s last 25 years of service and excitedly usher in the next 25 years of hope for children and youth to come. The Gala will also include a VIP reception for sponsors, a live auction, and a performance by The Company Men. 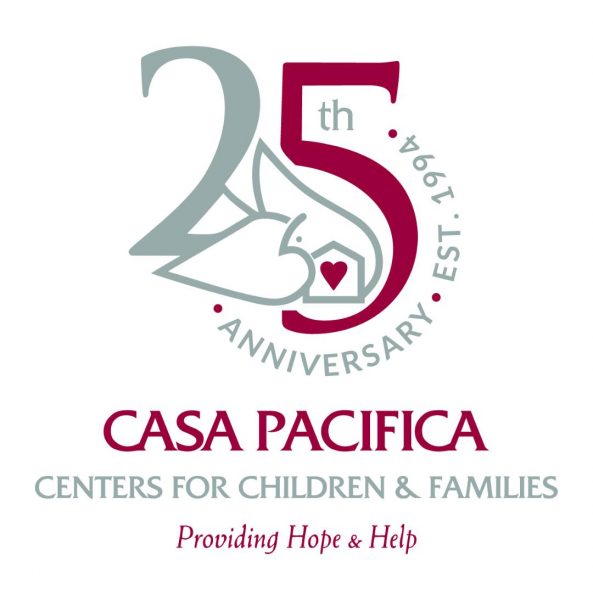 Casa Pacifica Centers for Children and Families was conceived of in the late 1980s in direct response to a lack of services in Ventura County for children entering the foster care system – the lack of local services was resulting in out-of-county placements, far away from family, school, and all that was familiar. A public/private sector steering committee formed which raised the $10 million needed to build Casa Pacifica, which opened in 1994. Since then, Casa Pacifica has expanded its services, now serving both Ventura and Santa Barbara Counties. Their 15 nationally-accredited programs serve approximately 400 children and families daily and encompass everything from intensive residential treatment to in-home services in schools and the community.

Casa Pacifica Centers for Children and Families is a crisis-care and residential treatment facility for foster or at-risk children in Ventura and Santa Barbara Counties. The agency is the largest non-profit provider of children’s mental health services in both counties and administers a number of community-based programs designed to strengthen families and keep children in their homes and communities. Casa Pacifica is also a foster family agency, which recruits and trains families for potential placement with a foster youth. For more information about Casa Pacifica visit its website www.casapacifica.org or call the Development & Public Relations Department at (805) 445-7800.