Update: As protests erupt across US after the decision in Breonna Taylor’s killing, two officers are shot

LOUISVILLE, KY—Chaos erupted after a Grand Jury opted to indict only one of the three Louisville police officers in the raid that led to the death of 26-year-old Breonna Taylor, an emergency medical worker, shot between five to eight times (reports still differ) by officers who entered her home using a no-knock warrant during a March 13 drug investigation. Former Sgt. Brett Hankison was charged with three counts of first degree wanton endangerment.

Meanwhile, an officer was shot during the riots that broke out earlier in the evening. The Louisville Metro Police Department announced it was putting barricades around the downtown perimeter where people have been concentrated. The Kentucky National Guard was also deployed in the city. Many protesters appeared prepared for demonstrations, unloading riot gear from a U-Haul truck while carrying signs and shouting “We didn’t get it, burn it down.”

“Justice is not often easy,” said 34-year-old Kentucky Attorney General Daniel Cameron during a news conference in the state capital of Frankfort to explain the grand jury’s decision. “It does not fit the mold of public opinion, and it does not conform to shifting standards. Mob justice is not justice.”  According to Matt Walsh: “The Black Lives Matter (narrative) is false every time.”

The grand jury, composed of 12 citizens, had the opportunity to consider multiple charges before coming up with the one indictment in the incident which resulted in Breonna Taylor’s shooting.

BLM-antifa rioters in Louisville attack officers putting out the fires on the Hall of Justice. Rioters throw projectiles at them. One officer is hit in the head and knocked to the ground. #BLM pic.twitter.com/x9ozmo27CD 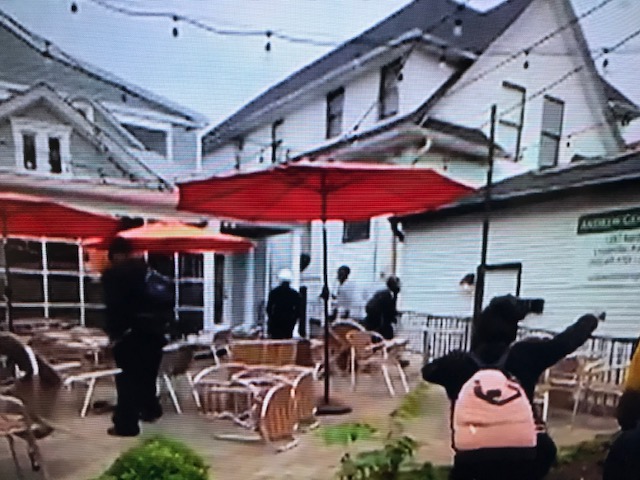 Breaonna Taylor is guilty by association to a cop killer.

Regardless of the facts of the case, this tragedy will only benefit anarchists and those with a racial chip on their shoulders.

1. Breonna did not have a squeaky clean history.
2. She was storing a drug dealers funds. Could that happen innocently?
3. Unfortunately, the man she was with in her apartment, after being told “THIS IS THE POLICE” chose to pull a gun and make first fire. What do you expect police officers to do, become victims themselves? So they fired back.
4. Racist politicians have created the myth that the cops were out to kill blacks; AGAIN.
5. AND, those purporting to be journalists choose to perpetuate the myth.
There may be more, but those are the facts.