The Public Hearing item was centered on the mammoth development project, Riverpark, the major residential apartment community located just North of the 101 freeway, West of E. Vineyard Avenue and East of the Santa Clara River. The city council was faced with three options relating to Riverpark’s specific plan amendment agreement. These options, put in the simplest terms, are:

Before a representative for Shea Properties gave her presentation, Oxnard’s Director of Community Development spoke briefly in support of the project, and told the council that the applicant hopes they will choose option #1, with the larger amount of additional units and no future labor agreement. A city staff member also said that they received 9 letters in support of the project, 5 letters opposing it, and a petition (unspecified) with 291 signatures.

*As a sidenote, districts B & C consist of residential units, while district D is The Collection shopping area.

Ann Walsh, representing Shea Properties, then gave her presentation. She mentioned that, of the 1,025 additional units their amended plan calls for, 15%, or 154 of them, will be designated as affordable housing units. She also suggested that the expanded Riverpark development will protect “The Collection” shopping center from becoming irrelevant, and pushed the idea that “mixed use” zoning, between retail, commercial and residential uses, are the answer to dying retail shopping due to online sales and the covid pandemic.

Walsh offered the Pacific View Mall; Simi Valley’s Town Center; the Janss Marketplace; The Oaks Mall; and The Lakes as examples where mixed use was recently utilized.

“As a reminder, the Riverpark Specific Plan as currently approved, allows for the development of  3,000 residential units and 2.1 million square feet of commercial space. The proposed amendment would allow the development of approximately 1,000 residential units, via the elimination of 560,000 feet of commercial space, which is currently entitled, and has not been constructed yet,” Walsh clarified for the council.

Council Member Bert Perello asked a Shea representative Jonathan Cornelius why, according to Shea, the Project Labor Agreements (PLA) will not work with residential construction. Cornelius said that their Project Labor Agreement was done with commercial labor rates, which he said are higher than residential labor rates. “So unfortunately the cost structure under that just doesn’t work,” he said. He went on to suggest that their relationship with the labor contractors are very good.

There were 17 pre-registered public speakers on the issue, along with several others wishing to speak who did not register. Each speaker (by audio or by video call, was granted 3 minutes. Following is a partial representation of speakers:

Austin Myer: Camarillo business owner, developing a Korean food establishment at The Collection. Said that the parking issue has been resolved and does not appear to be a problem anymore. Supports the project and believes it will ultimately save The Collection.

Gene Ramirez: Owns two businesses at The Collection. Supports the amendment/development.  Said between 30% – 50% of his employees live within the community and they love it, but that the remaining employees would like the opportunity to do so as well. Is also excited about the newly proposed parking (to be internal parking within a building, as opposed to street parking).

Alex Perez: 20-year Union Carpenter and local resident. “There is absolutely no reason this neighborhood should even consider to not be built under a PLA with local hire,” he said.

Anthony Ventura: Member of local carpenter’s union. “The city should require the project to be built with the local and skilled and trained workforce, as recommended by the Planning Commission,” he said. He said that he doesn’t oppose housing. “We just don’t want it on the backs of working men and women of the trade.”

Dan Mora: Central Coast Labor Council. Urged the council to not eliminate the previously agreed upon labor agreement. “Options 1 & 2 will effectively kill a 20-year agreement which was negotiated with the workers and vetted in good faith,” he told the council. “Now the developers decided they want to outsource the work that would be done on this job with cheaper and less skilled workers, who will likely come in from out of town.” He asked the council to “Please support option 3.”

Tye Hartley: Current resident of Riverpark. Opposes the project/amendments due to the increasing crowding, traffic and other related changes. She referenced the petition from local residences opposing the project (291 signatures). Muffled audio prevented getting some details.

Mayor Pro Tem Bryan MacDonald: “There’s been a lot of discussion about PLAs… and I’m in support of local hires if at all possible. People that live here and work here tend to spend their money here,” he said. He went on to say, however, that he doesn’t like piecemealing PLAs, which it looks to him like they’re doing.

“PLAs is a policy discussion on the part of council. And council has not had that policy discussion yet. If we’re going to look at a PLA, then we should look at it as a policy that is citywide, not just that is project-by-project. I don’t have enough information on it to make a decision on that right now,” he added.

As such, MacDonald said he was leaning toward supporting Option 1, but added the qualifier, “council can make changes (later)…. The same way we’re being asked to make changes tonight,” he said. He also reminded the council that they were only voting on the amendment tonight, which of the three options they prefer. Even if they vote to green light the project, it could be 5-7 years before actual completion. “If this gets approved tonight, you’re not going to see shovels out there tomorrow digging up anything. It’s going to be a long process, there’s going to be a lot of review,” he said.

Council Member Gabe Teran: Teran said he was disappointed with the amount of advanced outreach that the applicant conducted within the community, and opined that the petition signed by local residents was essentially invalid. “This petition doesn’t link to the information to find out more before you sign this… It’s “here’s why you should oppose this. Sign here if you oppose,” he said.

Mayor John Zaragoza: Said he supports Option 1, and would like the council to discuss the pros and cons of a citywide PLA policy as a future agenda item.

Following those comments was, without a doubt, the most zany, unhinged and illogical period of city council discussion that this reporter has ever witnessed. It started with questions about what to do with Council Member Perello’s motion for a hybrid of Option 1, which lead to a 25 minute speech by someone on staff about affordable housing, rent control and other unrelated topics, then came back to Council Member Gabriela Basua asking the applicant to guarantee local hiring of 35% on the project, at which point the City Attorney went to see if he could add that amendment in to the current amendment – but at the expense of Perello’s PLA? It was the kind of circus-like chaos that would be truly funny if it wasn’t important city business. Keep in mind that this was all at nearly the 6-hour mark of the city council meeting. 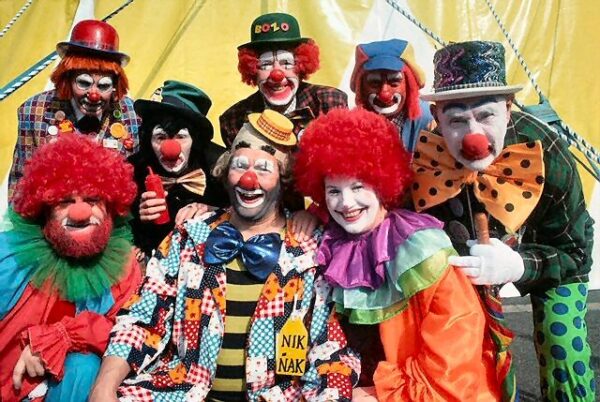 The council then took a 5-minute recess.

Immediately upon return, Council Member Basua announced she wanted to add an amendment for the 35% requirement for local hire, followed by discussion on related details. The council then voted on that amendment, which passed unanimously.

It was then explained through ludicrous back-and-forth that Council member Perello’s proposed PLA in Option 1 is being replaced by Basua’s 35% local hiring clause.

In the final vote, the amendment (to the amendment) passed, with only Council Member Teran voting against. The issue will require further reviews and approvals by all involved.

The next Oxnard City Council Meeting will be held on Tuesday, March 29, 2022, at 6:00 PM. To view the meeting online, go to Oxnard’s YouTube Channel at: https://www.youtube.com/channel/UCyYBxLRP6z33lKEkyxreAUA

Kevin Harris is a reporter, editor and journalist, previous President of Cal State Northridge’s Society of Professional Journalists, and having worked for the LA Times and Newhall Signal. He is now also an author and videographer, and lives with his two children in Thousand Oaks.

By the way…..council keeps blaming state instead of standing up for our rich Ag Land so that WE CAN CONTINUE TO FEED ALL THE PEOPLE THAT NEED TO EAT. Go to the State and STAND UP FOR OUR AGRICULTURAL HERE and stop blaming the state! This area is worth more in Ag Land in long run!! Do something besides folding and complain about it! Go fight for us!!! We also DO NOT HAVE THE WATER FOR HIGH or ANYMORE INCOME HOUSING! This is certainly not affordable housing!! Fill up all the VACANT BUILDINGS FIRST!

Every resident will need to make their own water……where will the water come from? Already toilet to tap here with no plans to repair our facility! Have these people heard of Fiduciary Responsibility?
We grow food here to feed gigillions, I guess food isn’t important either!
These people definitely are into setting everything and everyone up for true failure! No brains…..no headaches!
The more you build, the hotter you make it here….you are a huge part of climate change effect and the more you build, the hotter it gets with more concrete and asphalt. No water, less food…..how is your MATH for all this? Greed is a huge part of your work ethic obviously and it shows. Where is the water for these people?! Can’t cut back here anymore than we have! WHY DON’T YOU FILL UP THE VACANT BUILDINGS FIRST??!!

Michael A….
Reply to  Dotty Pringle

Global warming, if you believe that shit, is alleged to take place on a global scale. Your little problems in little Oxnard don’t make a difference. Go back to sleep.

Building 400+ apartments on River Park District D is not only insane is also dangerous and unfair to the very people who has made shea homes and Ann welsh the wealthy people they are now. Riverpark district D will be the next big disaster, thanks to greedy people and uninformed city officials. Building on a parking lot in a already over crowded neighborhood. District D is already dense with the Serenade, Tempo, Mosaic and Sonata apartments. Shame on you City of Oxnard for even considering the project.

The Collection will end up just like the Esplanade….