For the person unacquainted with Civil Asset Forfeitures (CAFs); their usual reaction is that ‘seizures” are ‘justified’ as the people whose property is seized are ‘clearly criminals”. CAF is a ‘legal process” whereby “Law Enforcement” seizes ‘Assets” (cash and vehicles are the most common) and keeps them. The ‘assets” need only be ‘alleged” to have been obtained through ‘illegal activity” ergo ‘sales of illegal drugs”. They don’t even need a search warrant or a Court order! It is ‘civil” in that the person who has their assets seized need not be arrested, prosecuted or convicted of any criminal charge.  That is why it is more accurately called ‘Theft under color of authority” or ‘legal piracy”. This is done by local Law Enforcement as well as your State and Federal ‘law Enforcement”. Many times they work together and divide the spoils, as a group of pirates would do.

Another common reaction is to not grasp that in the U.S.of A. that “Law Enforcement” can and does seize property without any due process, without a criminal conviction and without compensation. They get to keep it. That all of our rights mean nothing.  Denial is not a river in Egypt.

Another reaction is that this is very rare.  By excusing it as rare, people can satisfy themselves that they need not object or do anything about it, as it is ‘very rare”. The amount seized by CAF is estimated to exceed ten billion dollars per year, an amount greater than all burglaries in the USA. It is anything but rare. The true amount is only estimated as many states do not require it to be a public record and the value of a seized boat, airplane or truck is whatever they say it is.

To those that assert that it is ‘only criminals’ that this is done to, one need only look at the many evidences where the person was clearly not a criminal, yet their property was seized.

An example of this is that of the Klo & Kweh Music Team, a Burmese (Karen) Christian band that tours American churches to raise money for Christian orphanages in Burma.  The tour manager Eh Wah was traveling through Muskogee Oklahoma, USA when he was pulled over for a ‘broken tail light”.  His van was searched, no drugs or any paraphernalia was found. Mr. Wah tried to explain that the $53,000 in cash that was in the van was money raised for the orphanages (the deputy did not wish to listen to the CDs of the music). After six hrs. Mr. Wah was released with his old van; but the police kept the cash. That this should happen in the town that is the epitome of American freedom and liberty, Muskogee Oklahoma, makes the action personally painful to me in the extreme. When I first read of this, I sent a letter to the Muskogee PD castigating them for their abuse of our liberty.  Pain can be a good thing in that it can compel us to demand a restoration of our liberty.

Another case was that of a sixty-year old landscaper from Houston who was flying to purchase a truckload of plants. His plan was to fly to New Orleans, rent a truck, and drive the load back to Houston.  As he was a small businessman, the buyer would not take an out of state check so he brought $10,000 in cash. In the CAF handbook a one-way ticket is evidence of drug dealing! Cash especially so!  Yep, they stole all his money!

As is typical of most seizures, the person lacks the means to hire an attorney to pursue a forlorn hope as the std. is NOT that of a criminal charge. As it is ‘civil” there is no public defender (people with jobs don’t qualify anyway) The Institute of Justice did step in and the orphans finally got their money. For the other thousands of victims of highway robbery, they lose all, there is no justice.

If you read the of the article on the San Bernardino Sheriff’s Dept robbing the cash transport trucks that pick up from the Marijuana dispensaries, you had another glimpse of this widespread theft, legal piracy. Those are fat targets as the pirates can score really big bucks!

If we are to live in liberty, we must have all of our rights, if not we are but slaves to the masters. While the courts should have stopped this day#1, they do not. “Reform’ needs to happen at a legislative level, and we must demand that it does. We can make it happen here and now by demanding our local elected county supervisors, District Attorney, city councils and most of all the elected Sheriff reject and stop all Civil Asset Forfeitures whether by local, State or Federal ‘Law Enforcement”.  It’s your country, you choose if we will live in liberty or under tyranny Those that refuse are tyrants and you must vote them out.

The Institute for Justice (IJ.org) has worked tirelessly to bring litigation and lobbied for reforms in many states as has Congressman Sensenbrenner (R) WS. 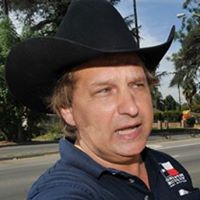 Bruce Boyer is a candidate for Ventura County Sheriff. To find out more about him and his campaign, visit https://bruceboyerforsheriff.com/