Most years Memorial Day is a time for celebration for our family.  We pay homage to my Father-in-law Sam Patrick who joined the Marines at 17 to fight the Japanese in the Pacific. A few years later he was part of the force that landed in Inchon Korea. In 1946 he helped put down the rebellion at Alcatraz prison while finished his career as a gunnery Sergeant in Vietnam

As the Memorial Day holiday approached in 2021, this time was filled with a new sadness for those in uniform protecting our freedoms.

For us this unhappy occasion came earlier in May when it was learned two policemen were killed on duty in California. Ordinarily, such news that was buried on page 7 of the local paper and briefly mentioned on the six o’clock news would not garner much attention from us.

This time was different. Through my daughters on Facebook we learned that the wife of close friends of ours 20 years ago is the widow of Detective Luca Benedetti who was killed May 12th in San Luis Obispo serving a search warrant for thefts of stolen goods.

This senseless tragedy left his wife Grace and two small children behind.  Benedetti’s widow grew up Grace Feickert in Concord.  Her sisters Sophia, Rosemary, Elizabeth, and Victoria were friends with my daughters Whitney and Haley.  Because of this association, my wife Mary and I became close friends of their parents Saorice and Dan.

We spent many warm summer evenings sharing barbecues and adult beverages for several years.  Eventually, the kids grew older while Dan and Saorice divorced.  After that we kind of lost track of them as the girls went their separate ways.

The Feickerts were a wonderful family.  Their children were unique but all came out well.

We were saddened with the ordeal Grace has had to deal with. After all of the tributes and funeral services concluded, those involved in this tragedy had to move on with their lives. Luca Benedetti became a statistic joining some 264 of his colleagues who were killed on duty in the last year.

Outside of friends, family, and selected law enforcement officers, the public soon forgets about the Luca’s of the world.  This is especially true today with the men and women in Blue are often ridiculed by Progressive cop hater types as being racist monsters who prey on innocent people. These once respected officers are now looked down upon while at the same time their ability to conduct their jobs is being imperiled by new governmental restrictions.

We will likely never know but the collateral damage of eliminating no knock warrants might have cost Detective Benedetti his life. With police having to now warn alleged suspects of their intentions, it gives those who are served,  time to arm themselves to confront the cops when they enter the premises

No one seems to care as the mainstream presses have described police officers to be the bad guys and criminals are now victims.  With individuals such as Los Angeles County D.A. George Gascon making law enforcement more difficult, it is no surprise officers are quitting in droves. At the same time those remaining are reluctant to enforce the law as they have in the past. Eliminating bail and seldom prosecuting even hardened criminals, has taken its toll as well.

Meanwhile the likes of Al Sharpton, Maxine Waters, along with their friends at Antifa and Black Lives Matter, have little sympathy for fallen officers who have paid the ultimate sacrifice protecting the public.  It is easier for them to cry racism, white privilege, and disband the police, rather than to deal with the causes of the rising crime rates throughout the United States.

It is doubtful these haters of law enforcement showed any sympathy for Mr. Benedetti, given their few Hallmark moments for those who uphold the law. This combined with the epidemic of cancel culture taught in the schools, makes it difficult for the men and women in Blue to carry out their sworn duties.

I guess one should feel grateful that instead of living in Los Angeles, Oakland, and other high crime areas in California, I reside in sleepy old Concord where law enforcement is still well respected.  Of course this may change if the Defund the Police crowd get their way; but I hope such a destiny can be avoided.

This does not mean that police officers are perfect.  Cops like all of us need to improve their performance.  But I am not sure that the system they work under is so bad.  With this in mind should we completely change how law enforcement operates to account for a few bad apples?

Maybe we can be more appreciative to people like Detective Luca Benedetti who lay down their lives to protect us from scumbags who steal and threaten us every single day.  Perhaps Defund the Police Advocates might consider who they will call when assaulted on the streets other than the local chapter of Ghost Busters.

This is of little solace to the widowed Grace Benedetti and her two young daughters.  They will have to go on in life without their Dad and husband while joining the rest of us paying tribute to those who paid the ultimate price on Memorial Day. 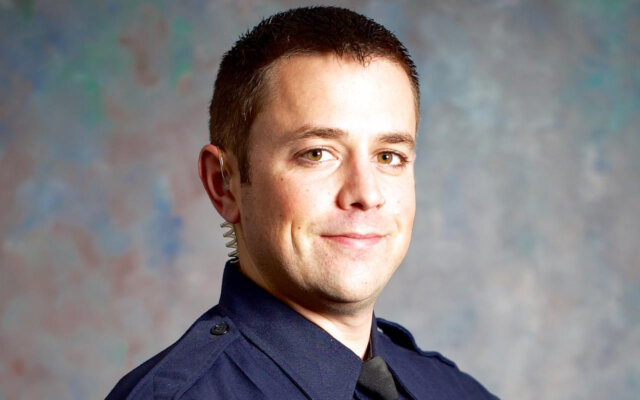 With all due respect to Detective Luca Benedetti and condolences to his widow and family, let me take the other side of the coin.

For far too long in the lost war on drugs, law enforcement and the courts have relied on patently false testimony in order to provide a basis for searches for drugs. Indeed, the “no knock warrant” is a direct result of the war on drugs. Based on questionable testimony involving hearing “suspect” sounds within a house suspected of harboring people involved in the drug milieu. The canned bases for knocking down the door and rushing in were so repetitious and obviously memorized that I used to joke that we could prepare transcripts of the testimony in drug cases from a form, just checking off the different versions of establishing probably cause for forced entry.

Then we have the long standing practice of the Blue Wall where otherwise honest police officers knowing that there is a fellow officer who is outside the law in his handling of cases or using questionable tactics in pursuit of his arrests but remain silent. When that is hiding felonious conduct of a fellow officer, that in itself is a felony.

To further bring scorn on their profession, too many police officers avail themselves of their position to violate the law. Too many of them speed and drive recklessly and depend upon “professional courtesy” to escape what others have to face in the way of civil penalties.

It is common knowledge in the Bay Area that significant numbers of folks who have unlisted license plates pay no tolls on any of the bridges in the Bay Area because the bridge authority cannot track those unlisted numbers. Police officers are the reported biggest offenders.

Now, I am not beating the drum for disbanding police departments or hiring social workers to accompany cops who will defuse violent situations. That is so pollyannish as to be ludicrous. What I am beating the drum for is for the police to respect all the laws, including the ones that require them to drive with the flow of traffic. The ones that require them to tell the truth on the stand that they stopped the guy because he was a certain minority in a high crime area. Pay the toll on the bridges and toll roads like everyone else. Turn in the bad apples that you know are violating the law. Get rid of the bad apples. Get rid of the cop who always has someone resist arrest after he is handcuffed. You know who he is. Get rid of the guy who gets in the unit at at the start of shift and says, “Boy I sure hope we have some action tonight” and goes out of his way to stir up some “action.” You know who he is. Get rid of the guy who stops a young woman and a young child riding their bicycles on a stretch of road that isn’t open to vehicular traffic yet and screams and yells at them but doesn’t issue a citation because he really just wanted to vent and didn’t want a record of it.

Get rid of the cop that stops a young black youth on his way home from track practice in the summer and is carrying his shirt in his hand because he is hot and makes him put his shirt on. What’s with that? Is a male walking with his shirt in his hand on a hot summer day some secret crime? Or is it a cop who just wants to bully somebody? Then you wonder why folks want to get rid of cops? To bring this diatribe to a close, clean up your act. Then maybe you will get some respect for the job you are supposed to be doing. And maybe then nobody will pay attention to the loonies who want to defund the police.