COMMENTARY | A Savior When You Need It Most: A Christmas Message Delivered Amid The Blood And Snow Of Bastogne

Just days before Christmas in 1944, my grandfather — SSG William Franklin Greenplate — was embedded with the rest of the 12th Armored Group in the tiny village of Longvilly, Belgium.

Nestled in the rolling hills of the Ardennes forest, Longvilly was just north of the Luxembourg border and just a few miles south of Bastogne — which was then held by American General Anthony McAuliffe and the 101st Airborne Division. Small Allied detachments were encamped in numerous other small outlying villages such as Malmedy and St. Vith.

Half expecting a spontaneous ceasefire in honor of the sacred holiday, all the weary Allied troops wanted for Christmas was a break in the brutally cold weather and a few days of rest — but none of those things would come to pass. 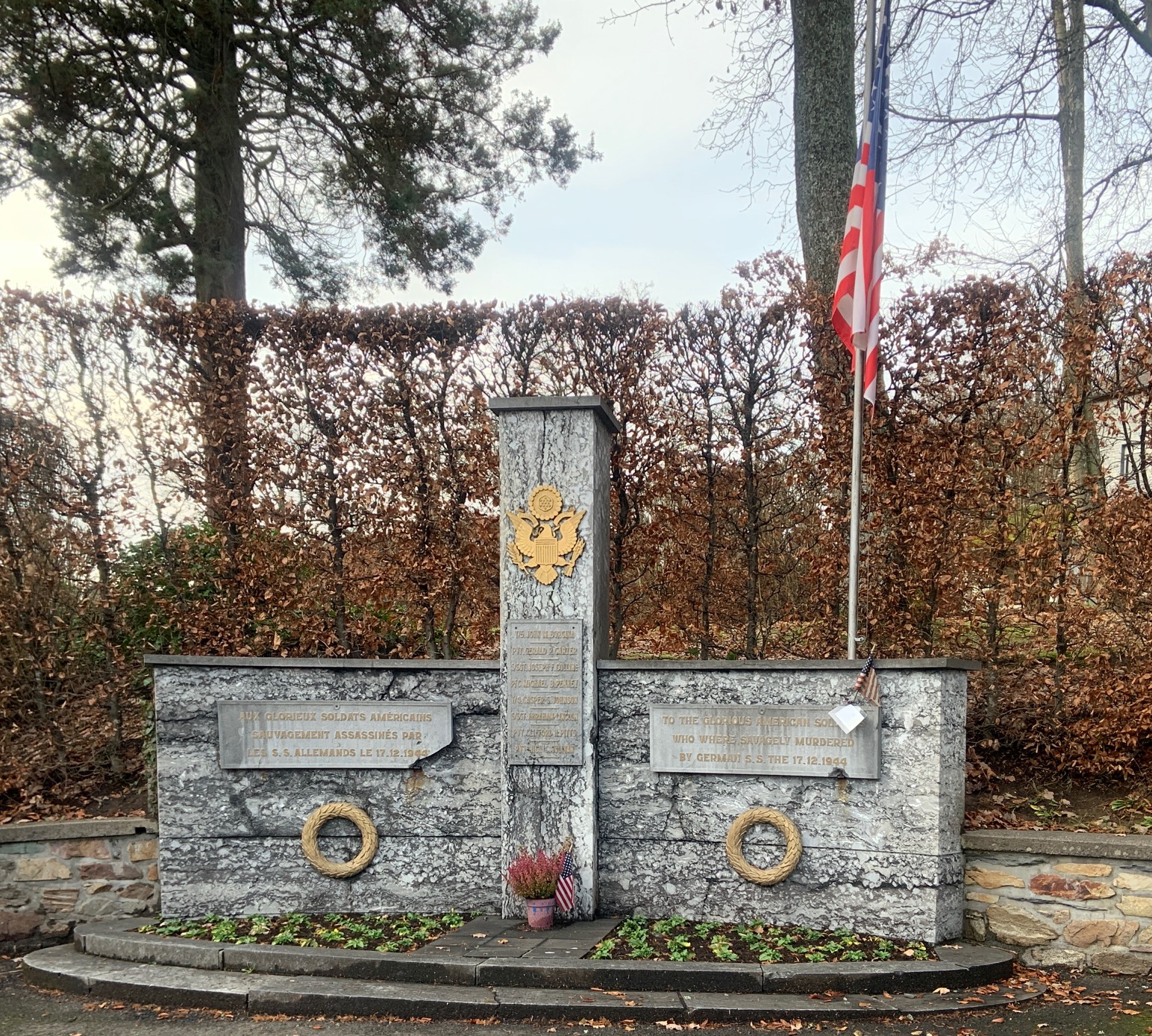 Instead, nine days before Christmas, the German army began what would be one of the bloodiest campaigns of the war. Charged with “striking fear into the hearts of the Americans who held Bastogne,” Hitler Youth alumnus Lt. Col. Joachim Peiper led the mass-execution of surrendering Allied troops at nearby Malmedy — and word of that massacre soon reached the Allied front lines.

Almost simultaneously, the German lines tightened around Bastogne — where the Allies stood between Hitler’s armies and access to the Meuse River and then the port city of Antwerp. 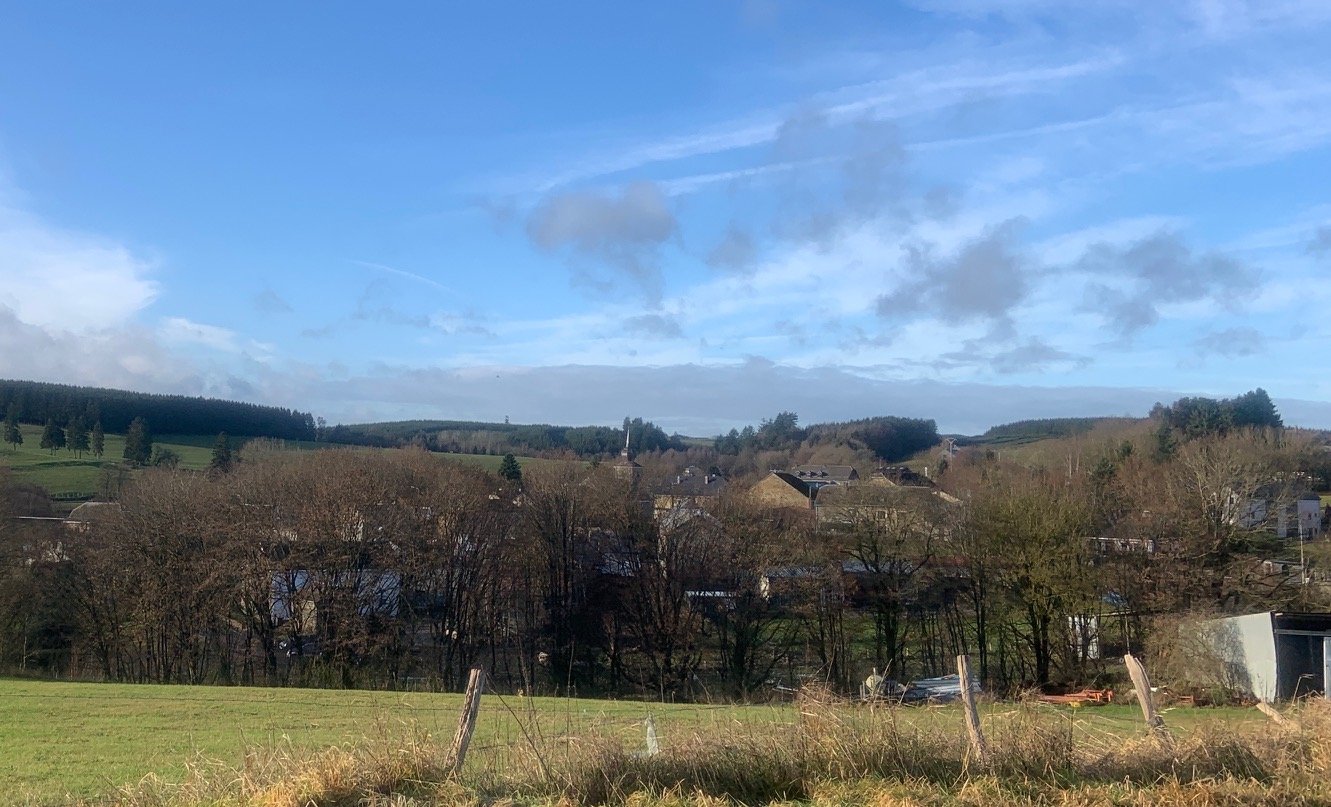 The village of Longvilly, Belgium, as seen from the road. Virginia Kruta/The Daily Caller

When a German Panzer Division came over the hills into Longvilly, en route to Bastogne, SSG Greenplate and his men were taken by surprise. Those who survived the ensuing skirmish were driven into the surrounding forest and hills while the Germans pushed on using the main road through nearby Magaret. Unsure of where the German line was, some wandered for days before they finally straggled into Bastogne.

By the time he reached the city, like so many of the others who had narrowly escaped the advancing German line, SSG Greenplate was exhausted and broken. He was a soldier without a unit, an operator without a mission, a man without hope. (RELATED: My Grandfather’s Christmas On The Battlefield: 74th Anniversary Of The Battle Of The Bulge)

But even amid the continuous onslaught — that Christmas Eve saw some of the heaviest attacks on Bastogne — grace made an unlikely appearance on the war-torn and beleaguered battle orphans. Just as the first Christmas brought a message of grace to a world in desperate need, Christmas in Bastogne may have ultimately saved those lucky enough to find their way into the city.

Col. William Roberts, a World War I veteran, asked Generals McAuliffe and Middleton for permission to “do something” with the stragglers. Drawing on his own experience three decades prior, Roberts understood the widespread impact on morale when there were large groups of soldiers with no direction. He had also seen the impact of what was then referred to as “combat fatigue,” now known as Post-Traumatic Stress Disorder, on soldiers whose units had been destroyed around them.

Roberts employed a simple four-point strategy — in part because the hospitals were already overburdened with wounded and in part because he needed the men returned to combat readiness as quickly as possible — that he hoped would allow him a much-needed advantage.

What Roberts soon learned was that even such a simple remedy, coupled with assignment to a new unit and a new mission, gave those battle-weary soldiers what they needed most: hope.

After his own treatment, Greenplate became part of the unit Roberts cobbled together, nicknamed Team SNAFU, which quickly became a force to be reckoned with as the Germans bore down on Bastogne. Reporting directly to Roberts at HQ, SNAFU deployed reinforcements as needed to vulnerable positions on the front lines.

Roberts’ experience and leadership enabled him to assist in turning the tide of battle — not only for the Allied forces holding Bastogne, but for the individual soldiers who just needed a moment’s grace to prepare them for the continued fight.

WILLIAMS And SCHALK: Here’s One Barely Discussed Story To Emerge From The Midterms