Commentary | No Gun Control for Criminals

By John Barrick The Conejo Guardian

Over the past 10 years, the California Legislature, in cooperation with the governor’s office, has implemented a series of criminal justice statutes that treat criminals as if they are somehow not responsible for their actions while completely ignoring the rights and privileges of crime victims. These statutes have served no other purpose than to give greater assistance to those who intentionally harm people while simultaneously ignoring the pain, humiliation and vulnerability that crime victims often feel after having had their person and property violated, many times violently. The most unsettling aspect of these statutes is that they were enacted in secret without the full knowledge of the general public.

One example of this is Assembly Bill 1509, a new law being proposed that would either remove or drastically reduce gun enhancement penalties related to criminal offenses. This bill would have a twofold effect:

To understand the ramifications of this bill if it were to pass, a brief synopsis of California’s current state of gun legislation is helpful.

While the Second Amendment of the United States Constitution permits individuals to own guns, that right is not absolute. Both federal and state governments have been permitted to restrict the method and manner in which individuals may exercise this right. No state has restricted gun ownership more than California. Every year, California gun owners and dealers are inundated with new legislation that they must learn or risk losing the ability, either temporarily or permanently, to own, possess, transfer or sell firearms.

In the past year alone, several bills were signed into law that restrict the sale and transfer of firearms. For example, Senate Bill 376 expands the limitations in which a non-licensed person could infrequently transfer firearms. Assembly Bill 645 requires the California Department of Justice to include in their written objective test for the issuance of a firearm safety certificate the topic of suicide prevention.

Of course, nothing has been more controversial than California’s attempts to make the gun industry comply with its 2007 legislative mandate requiring microstamping on each cartridge casing fired from all firearms, even though the gun industry continues to claim that the technology does not exist. New legislation would seek to expand the mandate by including all weapons used by law enforcement, which is currently exempt. Another piece of legislation, Assembly Bill 893, prohibits the sale of all firearms and ammunition at the Del Mar Fairgrounds in San Diego.

Regardless of how one feels about the present state of California’s gun legislation, all sides can agree that the California legislature intends to limit the scope and use of firearms by its citizens now and in the future, which makes Assembly Bill 1509 all the more troubling. This is because while California seeks to restrict firearm transfers and use by people with no criminal convictions, those who use firearms during the commission of violent crimes will see their gun rights expanded. Here is how.

Using a firearm during the course of any felony is classified as a violent felony in California. Penal Code section 12022.53, also known as the “10-20-Life Provision,” states that if someone commits certain violent crimes such as murder, attempted murder, robbery, mayhem, kidnapping and carjacking while using a firearm, that person will see an increased sentence depending on how he or she used the gun. If the person used the firearm in a menacing manner, 10 years would be added to his or her prison sentence. If the person shoots the firearm, 20 years will be added. If the person shoots the firearm and causes great bodily injury or death upon another human being, 25 years to life will be added to the sentence.

Assembly Bill 1509 does not stop there. Penal Code section 12022.55 states that if a person, while committing any felony, shoots a firearm from a motor vehicle and causes either great bodily injury or death to another human being, he or she could face an additional sentence of either five years, six years or 10 years, depending on the circumstances of the offense. If Assembly Bill 1509 passed, the same additional sentence would also be reduced to only one year, two years or three years.

Hence, with Assembly Bill 1509, the Legislature has decided to drastically reduce sentences for violent offenders. Simultaneously, by enacting other statutes, the Legislature continues to regulate a non-criminal offender’s ability to transfer and use a firearm.

By studying these bills and statutes in their totality, one can only conclude that our California lawmakers condone the use of firearms by criminals but are concerned about the transfer and use of firearms by those who have not committed any crimes. When we consider what our Legislature has done over the last 10 years to laws that affect criminal justice, the message is clear: legislators are far more concerned and care more deeply about the welfare of those who intentionally harm people than the victims they create. Legislators claim to enact these new statutes in the name of criminal justice reform. However, enacting statutes without even considering their effects on crime victims or law enforcement’s abilities to provide public safety is just plain wrong.

A gun in the hands of the wrong person is dangerous. This is why criminal laws were enacted to impose greater sentences on those who use guns during the commission of crimes. It seems everyone knows this. The difference now is that the California Legislature does not seem to care. Criminals have become the victims, and the rights of real victims no longer matter.

Until public officials begin to take a stand to protect the public from the Legislature’s continued insolence toward crime victims, the people of this state will see bills such as Assembly Bill 1509 introduced. We should all contact local assemblymembers Suzette Valladares and Steve Bennett to tell them not to support this bill.

Editors Note: This article originally published in The Conejo Guardian

John Barrick has worked as a prosecutor in the Ventura County District Attorney’s Office for over 16 years, where he has prosecuted some of the most violent crimes committed in the county. He currently serves in the Major Crimes-Homicide Unit. He is also a 2022 candidate for District Attorney. 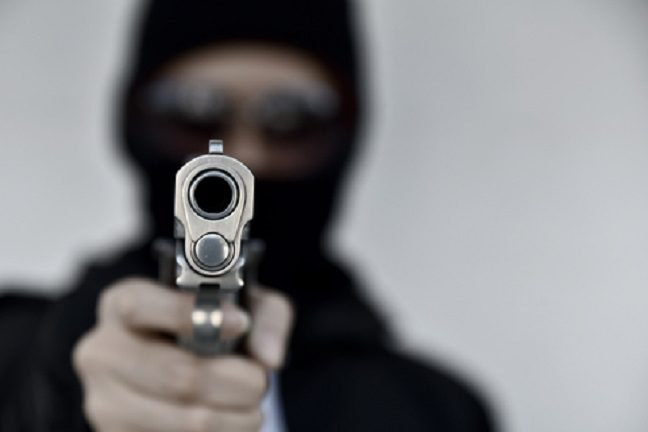 Why are CA legislators so concerned about criminals’ rights???

Could it be because they’re on $oro $ payroll, like Gascon & his replacement up in San Francisco???