Commentary | We are at a Crisis Crossroads

We have seen games played with our elections in the past. The first time I remember was in 1960 when Illinois was the deciding state and Mayor Dailey went to the graveyards in Chicago to get the required numbers of votes to put John Kennedy over the top. One of the most famous times was the Bush- Gore election when Broward County in Florida did all they could to assure Gore of a win.

We in California remember all to well election eve of 2018 when Republicans were leading by as many as 10 points and went to bed only to learn that votes were found during the night and the races were much closer. Surprisingly votes kept being found, they always favored the Democrat. Finally, when the Democrat had the lead, no more votes were found.

Now we run into election night 2020 and surprisingly in states, all with Democrat controlled governments, just the right number of votes were found during the night to give Biden the lead. It was the same scenario in every situation that took place in California in 2018. As Biden said, they have their vote fraud machine in tune and ready.

The United States is in a crisis. In a free society, the people must have trust in their government and their institutions. When enough people lose faith and trust in government, and such a critical part of government as elections is clearly manipulated, a crisis is created. The last four years have shown us that our government is not worthy of our trust and faith. The Russian Hoax, which has been proven to be a total sham, the corruption in the FBI, the DOJ, the CIA, the State Department, and so many other aspects of our government have added to this crisis.

Now we learn that the Biden Family is a large scale international crime enterprise, and the press refuses to investigate at all and is more interested in the flavor of ice cream Biden eats, gives us real reason, plus many other previous examples, to have no confidence in the press. The purpose of the press is supposed to keep the government honest, not assist government officials in their crime sprees.

Our congress is totally untrustworthy. They conducted a totally political and sham impeachment hearing. They use their committees, not to conduct government business such as holding hearings on budgets, but for political purposes only.

There is no reason to have faith and trust in our government and our press. We are told in the Declaration of Independence that when our government is no longer serving the proper purpose which is to protect our natural rights and liberties, our government should be replaced. Any and all Freedom Loving Americans who believe in and honor our founding documents and the principles stated therein, must rise in unison, and demand a total revamping of our institutions.

The only alternative would be to step back, go about our business, and act surprised when all of our freedoms, including our freedom of speech, assembly, religion, property, and to pursue our happiness is completely controlled by a despotic government. This is not farfetched.  This is and has been the promise of the Democrat party for many years. They have continued to pursue their promise. Each day, we are less free than we were the day before and now we have learned that our elections are no different from what they are in any collectivist nation where the result is predetermined and whatever is necessary to achieve that result will be done.

Freedom is fragile and we have a huge crack in ours that is about to break open and bring our freedom to a crushing end.

Samuel Adams told the American colonist in words that are as or more applicable today, “It is high time the people of this country explicitly declare whether they will be free men or they will be slaves.”

Right now, we are choosing slaves. I say we explicitly declare. free men. 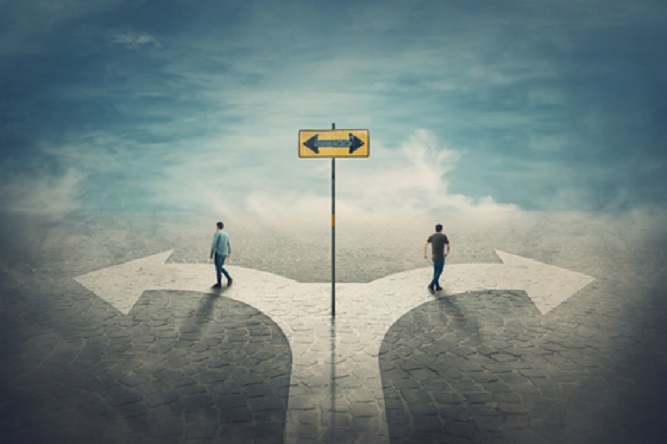