Share
Facebook
Twitter
Linkedin
ReddIt
Email
Print
Tumblr
Telegram
Copy URL
By Christina Zubko
A Typical Beach Cleanup:
On Saturday, January 18, 2020, the second of several Ormond Beach cleanups took place at the end of Arnold Road from 9:00 am to noon. The organizers, the Ventura Audubon Society (VAS) and the Ventura Surfrider Foundation, had one goal in mind: clean the beach in anticipation of the endangered snowy plover breeding and nesting season, which begins in early March. Approximately 80 volunteers put on gloves, grabbed a bucket and a pick-up stick, and scoured the beach.  Hours later, they returned with buckets full of plastic zip ties, fishing line and hooks, plastic and metal bottle caps, Mylar balloons and ribbon, rags, pieces of Styrofoam and micro-plastic bits. But the biggest find of all was a couch, located closer to the lagoon. In total, Surfrider estimates thatbbetween 1,700 and 2,078 pounds of trash were collected. 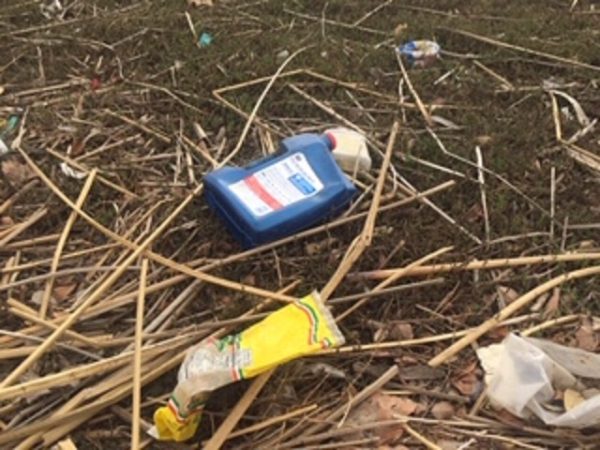 The Good and Bad News:
The good news: The snowy plover breeding and nesting area is clean.  In fact, It was later learned that the Merito Foundation had completed two separate beach cleanups prior to Saturday.  The bad news: The area most in need of a cleanup effort, an area northwest of the power plant and just east of the Ormond lagoon overflow, was not scheduled to be cleaned up The Nature Conservancy (TNC), the State Coastal Conservation (SCC) or the city of Oxnard (the three land managers of Ormond Beach). The reason is purely logistical: not only is it a hike to get to the area but once there one is left with the problem of having to haul the trash back out. Thanks to David Scrivner who took his four-wheel drive truck out to that area, some of the heavy trash, including the sofa, was finally plucked out from the Ormond Lagoon. But much more trash remains. 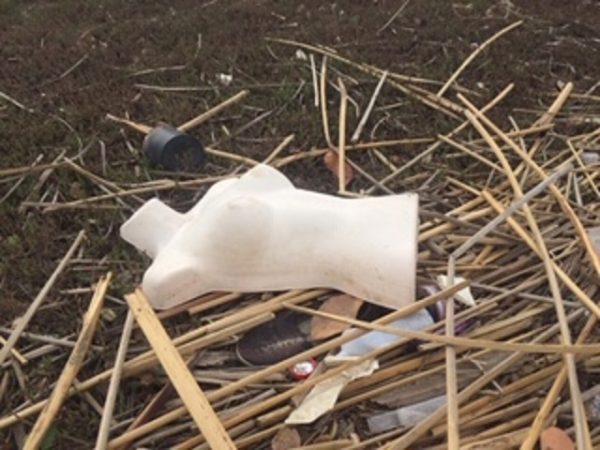 Port Hueneme and Seabees Step Up:
At the same time that volunteers launched from Arnold Road, on the other side of town, volunteers met Port Hueneme city council man Steven Gama in parking lot C to begin their  weekly beach cleanup from the pier southeast to the Ormond Lagoon overflow. Low tide made it easy for Gama to cross the overflow to the same area David Scrivner drove his truck to collect the couch. Gama decided that he would lead another cleanup, along with the Seabees, for this difficult to reach area. On February 15th volunteers should know that there will be two Ormond Beach cleanups: one that will be organized by The Nature Conservancy and Surfrider (volunteers are to meet at 9:00 am at the east entrance of Ormond Beach Preserve at 301 E. McWane Blvd, Oxnard) and one that will be organized by Steven Gama (volunteers are to meet at 8:30 in lot C south of the Hueneme pier at the Alaska 261 memorial). Volunteers are needed at both cleanup locations. 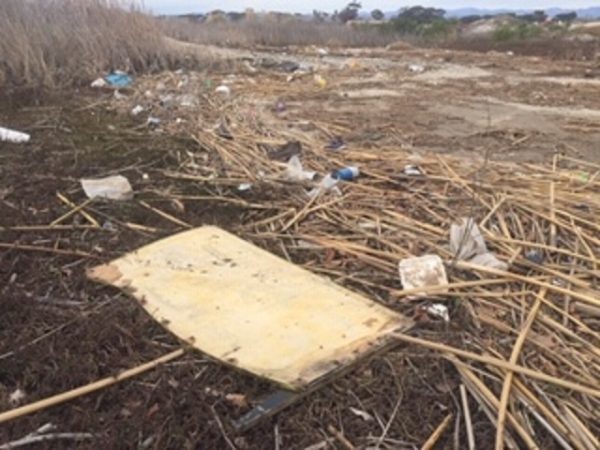 Christina Zubko is an environmentalist and a volunteer journalist.  She is one of the founders of Friends of Ormond Beach (FoOB). Follow FoOB on Instagram and on Facebook or email Christina at [email protected].

Christina Zubko has been doing wonderful work to protect all the wildlife and plants at Ormond Beach. She has worked hard to get the relative agencies to cooperate with this important task. Citizens of Port Hueneme and Oxnard are lucky to have her.
alan sanders

WATER IS BEING TURNED OFF IN RURAL CALIFORNIA COMMUNITY