By Madison Hirneisen | The Center Square 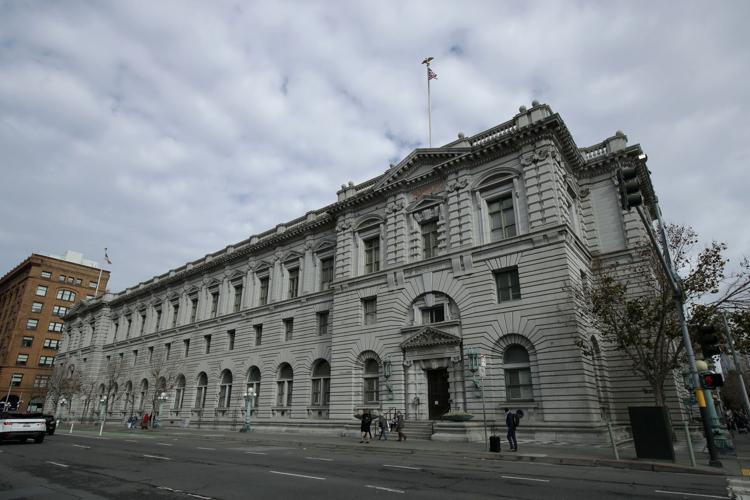 The James R. Browning United States Courthouse building, a courthouse for the U.S. Court of Appeals for the Ninth Circuit, is shown in San Francisco. (AP Photo/Jeff Chiu)

(The Center Square) – A federal appeals court has granted a temporary stay on an order that would have required all California prison workers to be vaccinated against COVID-19 or obtain a medical or religious exemption.

The 9th U.S. Circuit Court of Appeals granted a stay of a lower court’s order issued in September pending an appeal that would have mandated that all prison workers be fully vaccinated or obtain an exemption. The order would have gone into effect on Jan. 12.

The Friday decision will block enforcement of the mandate until at least March 2022, when the appeal hearing will be scheduled, according to court documents.

The original vaccination mandate was ordered in September by U.S. District Judge Jon S. Tigar, who aligned with a vaccine mandate recommendation from a court-appointed receiver. Under the judge’s order, workers at California Department of Corrections and Rehabilitation (CDCR) institutions and inmates who want to work outside the institution or have in-person visitation must be fully vaccinated or obtain an exemption.

“Once the virus enters a facility, it is very difficult to contain, and the dominant route by which it enters a prison is through infected staff,” Tigar wrote in the September order.

The order was appealed by CDCR and Gov. Gavin Newsom earlier this month. The governor’s support for the appeal came after he had ordered a vaccination or testing requirement for all state workers, including correctional officers.

The parties involved in the appeal requested a stay of the order over concerns that the mandate could cause a major walkout among correctional officers at the state’s 34 prisons who would rather quit than comply with the mandate, according to the Los Angeles Times.

In a statement, a spokesperson from the governor’s press office told The Center Square that the CDCR has implemented several protocols to keep inmates safe throughout the pandemic and will continue to prioritize safety inside state prisons.

“California has led the nation in its response to COVID-19,” the spokesperson said. “Since early in the pandemic, the California Department of Corrections and Rehabilitation implemented rigorous COVID safety measures, including offering vaccines to all incarcerated persons in CDCR facilities, mandating that all staff be vaccinated or wear N-95 masks and submit to twice weekly testing, and requiring vaccinations for staff in health settings.”

They said California will continue to lead with science in responding to the pandemic and to “responsibly operate the state’s prisons to protect the safety of incarcerated persons and staff.”

More than 51,600 state prisoners have tested positive for COVID-19. According to data from the CDCR, 242 have died.