Covid-19 in America, where do we go from here?

Out of  Nowhere, Disease, Death and Dread: At the start of the year no one knew what the Corona virus was, by the end of 2020 there is no one left in the world that does not know what COVID-19 virus is, and had not been devastated by its relentless and deadly onslaught. This day Monday, December 14, 2020 the United States death toll from the covid-19 virus topped 300,000 and worldwide the death count has moved past 1.62 million souls that have succumbed to this deadly virus that has infected the entire world, with no let-up into the foreseeable future. It seems that everyone in this country, indeed throughout the world, in some painful way knows of someone close that has died or suffered horribly from complications brought on by the COVID-19 pandemic. This is an ongoing global pandemic horror story that has many cruel chapters still to be played out, mostly because we as a species have become oblivious to the irrefutable fact that we are in this thing together, and together we will find solutions or together we will follow a maniacal tyrant and he will lead us to our doom. 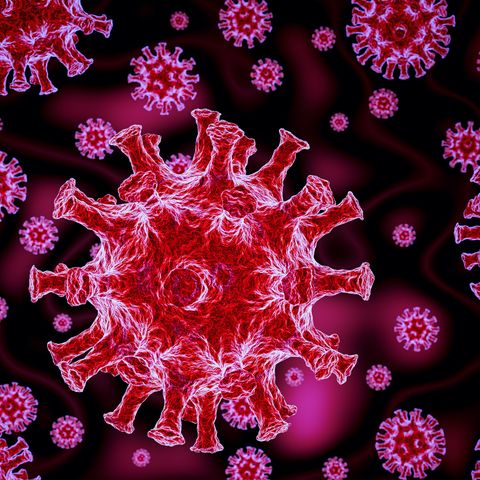 Health Disparities:  Tragically, yet very predictably, the pandemic rather than bring Americans closer to work in seeking medical and scientific solutions and a common cure; the pandemic has brought us all to our collective knees; hate filled, fearful, divided and separated more than ever by race and socioeconomic lines.  Recent NRP reporting indicates that this is exactly the current highly segregated situation in America. What the pandemic has exposed, again, is that the poor, those without medical insurance, the homeless, the immigrants, folks with pre-existing medical conditions, people of color are disproportionately suffering the brunt of the COVID-19 infections and deaths. The latest NPR national data complied indicates that half of the COVID-19 infections are people of specific ethnic groups or are folks of color. An astonishing 90% of COVID-19 deaths are from these two subgroups. According to the NPR report African-American and Latino deaths from COVID-19 are three to four greater than their share of the population. According to Dr. Marcella Nunez-Smith, the Director of the Equity Research and Innovation Center at Yale School of Medicine, “I’ve been at health research for a couple of decades now. Those of us in the field sadly, expected this. We know that these racial disparities in COVID-19 are the result of pre-pandemic realities. It’s a legacy of structural discrimination that has limited access to health and wealth for people of color” Latinos and African-Americans have higher rates of underlying and pre-existing medical conditions, including diabetes, heart disease, and lung disease that are attributable to more severe cases of COVID-19, and of course, a higher morbidity rate.

Frontline Workers: As we all know Latinos and African -Americans in the South, Southwest, throughout the United States for that matter, are over-represented in essential frontline work that increased their exposure to COVID-19, due to crowded workplaces, lax or non-existent work safety protocols in the workplace, and governmental deregulations and negilgence.  In the best of times, Latino immigrants do much of the essential “dirty work” that most American will not do. Now with the pandemic raging through most of the country the Latino worker is faced with the same dilemma that brought her/him to this country in the first place, ‘work or starve to death’. In the cruellest twist to the American immigrant survival saga, it is now even more dangerous and deadly to work and live with the pandemic completely out of control both at home and at the work site. Pandemic or not, the Latino laborer know that she/he has no choice; work or starve. One of the important factors for the stark disproportionate death toll in the African-American essential workforce is his/her advanced relative age when compared to the younger Latino essential workforce found in this county. Poverty, of course, plays an important role in the spread of the pandemic in communities of color. Forced by economic necessity many Latino and African-American frontline essential workers live in dense, multi-generational housing environments that contribute to the transmission of the virus to spread more quickly in their homes and communities.

Capitalism, Politics and Democracy in the time of our Pandemic: Predatory, Cannibalistic Oligarchical Capitalism, the kind that we practice here in the United States is plundering the masses and then simultaneously torching our so-called “democracy” in a frenzied scorched earth type of civil war on our lives, our dignity and our basic human rights, like the basic right to universal health care. The principal arsonist in this domestic war are, of course the vile, evil and hypocritical politicians and the billionaire elite that toy with the lives and health care of millions of Americans because of their insatiable greed, unfettered power, and quite simple because they can!

There is something horrifically wrong with a two party democratic system that basically holds hostage over 300 million people for four years and then permits for one day, Election Day, for these hostages to vote for the next set of omnipotent oppressors. With the Electoral College process that we have now, to determine who our next President will be, even the popular vote of the people is a tragic, obsolete, and comical charade. As Trump has demonstrated beyond a shadow of a doubt, a despotic and tyrannical American President can and will control, demolish and obliterate even the most basic norms and tenants of our federal government, and the people have absolutely no power to stop the tyrant.

We have “voted” Trump out of office, and already we are witnessing President-Elect Biden and his folks stacking his cabinet with corporate, capitalist Democrats insiders that are loyal to money and corporate power and not the interests of the people. Where is Bernie, AOC and the squad and the progressive voice represented in this new administration, I don’t see them anywhere. I am afraid that the “old” Obama Democratic big money business as usual will be the order of the day in Washington, D.C..  Opposed, of course, at every turn by the obstructionist Republican Party and the need of the American people will once again be deferred, ignored or negotiated away for another four years. This democratic madness must change and only the people can do it.

Our Fragile World: We have all witnessed the catastrophically and deadly damage that a madman with a posse of equally minded and evil followers can do to our country.  Ironically, it was the COVID-19 pandemic, in the cruelest twist of fate that saved this country from another four years of Trump. No pandemic in 2020, and white America, along with the sell-out minority block, would have voted for Trump in even greater overwhelming numbers than the first time around. Trump leaves behind a federal government dumpster fire of a magnitude that we have never witnessed before and the American people will suffer mightily into the foreseeable future.

Trump did all he could not only to bring harm and pain to the American people, he did irreparable harm to ours and the world’s ecology. Recently over 250 scientists and scholars from 31 different countries from around the world issued an open letter to the world’s politicians to “Engage more with the growing risk of societal disruption and the collapse due to damage to the climate and the environment. Only then might communities and nations begin to prepare and so reduce its likelihood, speed, severity, and harm to the most vulnerable, and to nature”

Yes, a madman like Trump and his maniacal followers can do a lot of harm to this country and the world. Recently U.N. Secretary-General Antonio Guterres put it bluntly in this way, “The state of the planet is broken. Humanity is waging war on nature. This is suicidal!” Only radical efforts by all humanity will saves us. Are we up to the task at hand? All over the world politicians, most notably America, have demonstrated that they can be bought, sold, and controlled for the right price. Left to the corrupt proclivities of the world’s politicians and their financiers this world is doomed.  So it will be up to the people, as always, to unit and work to create a world that respects, honors and holds sacred all living things and not the all mighty dollar. Como dijo Cesar Chavez unidos y echandole ganas,”Si Se Puede!”