Federal officials recently testified before the U.S. House Committee on Oversight and Reform about government responses to the COVID-19 crisis. Committee members exhibited concern and frustration, and engaged in politicized finger-pointing, over what they said was needlessly slow development and distribution of diagnostic tests – particularly as compared to some other countries.

Some praised South Korea for testing more people in one day than the U.S. did in the past two months. Italy and the U.K. also got positive mention. One wonders whether these Oversight Committee members have any real appreciation for the system that they and their predecessors created.

In response to one question, National Institute of Allergy and Infectious Diseases Director Anthony Fauci said “the system is not really geared to what we need right now” and “the idea of anybody getting it easily the way people in other countries are doing it, we are not set up for that.” He added, “that is a failing.”

Committee members and the media seized on this widely misquoted and misinterpreted response as evidence of the government’s failure to provide needed tests. Some background about our system, and facts about the federal government’s actual actions, should correct at least some of the fake news that quickly dominated many articles, editorials and talking head comments.

For reasons rooted in our history, politics and system of government, the United States has myriad federal agencies, with myriad roles and essential healthcare responsibilities. State and local health departments also have critical healthcare roles. A maze of laws, regulations and policies operates at each level. 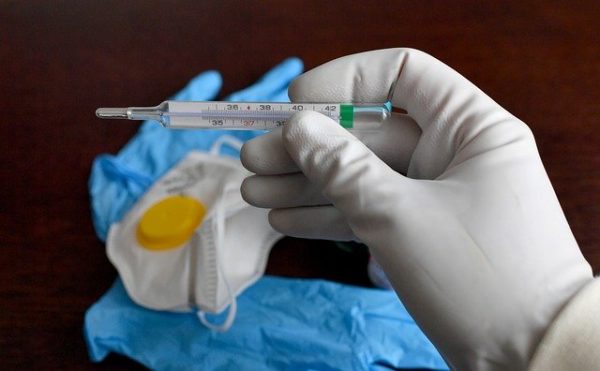 The private sector develops diagnostic tests, obtains Food and Drug Administration (FDA) marketing authorization when required (reflecting the agency’s determination about safety and effectiveness) and then markets the tests for clinical use by medical professionals. While medical professionals generally have discretion in their clinical use of devices and pharmaceuticals, many aspects of the practice of medicine are regulated under state law.

Two federal agencies, the FDA and Centers for Disease Control (CDC), have been front and center in the battle against this novel and deadly virus. Using emergency authority, flexible approaches and “enforcement discretion,” they streamlined many of the normally much more time-consuming processes.

The CDC promotes health, disease prevention and preparedness activities, with the goal of improving public health, in cooperation with state, local and other national entities. During a public health emergency, a primary CDC role is to develop a test for the pathogen and provide state and local public health labs (PHLs) with testing capacity. PHLs focus on the health status of population groups, perform limited diagnostic testing, disease surveillance, emergency response support and other functions.

The FDA is charged with protecting the public health by assuring the safety and effectiveness of various products, including medical device diagnostic tests. FDA reviews and authorizes marketing of such tests, which are designed and manufactured by medical device companies.

Laboratories also develop diagnostic tests. FDA’s authority over tests developed by laboratories (laboratory developed tests or LDTs) has been challenged for many years and, with some exceptions, the agency has exercised “enforcement discretion” in applying laws and regulations to LDTs.

Whatever the avenue, considerable expertise, time and resources on many levels are critical to developing, testing, validating and ultimately getting diagnostic tests that work as intended into the hands of medical professionals.

Considering our many laws, regulations, policies and longtime practices, the CDC and FDA have demonstrated flexibility during this unprecedented healthcare crisis. Congressional testimony noted that CDC scientists developed a diagnostic test for detecting the virus that causes COVID-19 within ten days of China’s disclosure of the genome’s sequence. The test was intended for use by PHLs.

Pursuant to emergency authority under FDA law, FDA issued an Emergency Use Authorization (EUA) to the CDC for its diagnostic test. The CDC began shipping this test to public labs. Shortly thereafter, performance issues unfortunately arose due to a problem in manufacturing one of the reagents. The CDC resolved the issue and began sending corrected tests to public labs. As of March 15, 84 state and local public health labs in all 50 states and the District of Columbia had successfully validated and were using the Center’s COVID-19 diagnostic test.

During this time, the CDC also granted a “right of reference” to performance data contained in its EUA to any entity seeking an EUA for a COVID-19 test, and FDA made templates available for EUA submissions.

On February 29, FDA issued an “immediately in effect” guidance that allowed certain qualified laboratories to use validated COVID-19 tests before FDA had completed its review of their EUAs. That same day, New York’s State Department of Public Health’s (NYSDOH) Wadsworth Center obtained an EUA from FDA for its COVID-19 test. On March 12, FDA used “enforcement discretion” and did not object to NYSDOH’s decision to authorize certain New York laboratories to begin patient testing after validating their tests and notifying the NYSDOH.

FDA has engaged with many test developers working on this issue. It issued its first EUA for commercial distribution of a COVID-19 test to Roche Molecular Systems on March 12. Since then, other medical device companies have received EUAs for their COVID-19 diagnostic tests. Labcorp, Quest and other commercial, healthcare system and academic labs are also providing patient tests.

On March 16, FDA issued revised guidance providing additional flexibility for states to authorize laboratory tests developed by qualified in-state labs for use in their states. Five days later, FDA granted the first EUA for a test that will provide results in hours, without having to go to a lab.

House Committee members asked why the United States cannot just use tests developed by South Korea, other countries or the World Health Organization (WHO). The simple answer is that federal laws and regulations require that medical devices (including diagnostic tests) must undergo FDA review and obtain approval or clearance before they can be marketed in the United States, unless that particular type of device is exempt. This applies to medical devices developed in the USA, and to those developed elsewhere. On the laboratory side, diagnostic tests (whether or not they receive FDA review and authorization) are also subject to scrutiny.

This process is intended to ensure that diagnostic tests work as intended, without false negatives that would put sick people back on the streets to infect others – or false positives that indicate healthy people are sick and thus use healthcare resources meant for those who are ill. While FDA Commissioner Stephen Hahn was reluctant to criticize other countries, he did note during a March 7 White House briefing that several countries have had “different levels of success” with their diagnostic tests and one unspecified country had “problems with the performance of several tests.”

The private sector is ramping up, and tests for COVID-19 are available in larger quantities. Ironically, some critics are now saying the federal government’s actions regarding diagnostic tests have been too flexible. Other test-related issues are emerging, including possible shortages of important chemicals, equipment availability and the capacity of U.S. labs to handle needed testing.

Our healthcare system has many moving parts, with critical, interfacing roles for government and the private sector. The system is already unleashing the creative powers of federal, state, local, university and private sector experts and innovators, who will develop, test and deploy diagnostic, preventive, therapeutic and curative technologies to tackle COVID-19. This is the American way.

When the dust settles, there will be time to assess problems and identify solutions, perhaps including new legislation, to address future crises. In the meantime, our various moving parts need to work collaboratively to address all aspects of this crisis – while maintaining, where feasible, a flexible approach in applying laws, regulations and policies that were not really designed to handle the monumental crisis at hand.

Ms. Richman served as in-house and outside regulatory counsel to FDA-regulated companies for over 35 years. Her work has focused on FDA laws, regulations and policies, primarily regarding medical devices and related regulatory and compliance matters. Her most recent position was VP, Chief Regulatory Counsel to Siemens Healthineers.