President Joe Biden’s inauguration theme of “unity” didn’t even last the week because of the Democrats obsession with impeaching citizen Donald J. Trump. Both Democrat House Speaker Nancy Pelosi and Senate Majority Leader Chuck Schumer announced this morning that an article of impeachment created in the U.S. House (with two hours of debate—no hearings, no witnesses) against the former 45th president will be delivered to the U.S. Senate on Jan. 25 to set in motion a trial for his alleged inciting an insurrection in the U.S. Capitol on Jan. 6 at an event that drew a million (with many families attending; some to pray, others to show support for the president) to Washington, D.C.

In reality, the Democrats’ hatred of the former president who they attacked before he became president, after he was elected (with the Special Counsel Robert Mueller three-year investigation from 2017-2019) and then with an impeachment earlier this year based on a phone call to the Ukrainian president (the president was acquitted on Feb. 5) and now after leaving office will jeopardize the first 100 days of the new Biden administration—but they don’t care. 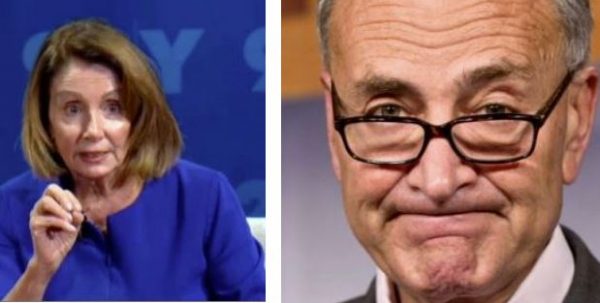 The Democrats intent is to continue to tarnish the legacy of the 45th president as well as to retaliate against Trump supporters by any means possible—even if that means the destruction of the U.S. Constitution or at least the 1st Amendment by destroying freedom of speech and freedom of the press—in the creation of a one-party America where “rigged elections” are the norm.

It is doubtful whether President Joe Biden will encourage the U.S. Senate to dismiss the article of impeachment they will receive Jan. 25 (after the U.S. House voted to impeach Trump on Jan. 13 in a 232-197 vote) and to get on with the business of representing “all” U.S. citizens in debating issues of the day.

Constitutional experts are divided on whether an impeachment of a U.S. citizen no longer serving in office is constitutional. However, constitutional expert John Yoo, professor of law at the University of California, Berkeley School of Law says such action “undermines the independence of the executive branch.” While former Harvard Law School professor Alan Derschowitz claims that Congress has “no jurisdiction” over a “non-sitting president” and “should not proceed with (this) unconstitutional action.”

“This makes President Trump a central figure in what is going on in the Biden Administration during his first 100 days,” said Thann Bennett, Capitol Hill representative for the American Center for Law and Justice. “President Trump will be in the news and the Biden agenda as promised, won’t be considered.”

I think it reasonable to say that a lot of what the founding fathers put in place is starting to look past its used by date. However, the impeachment process has was intended for precisely for the “Donald Trump can’t deal with being a loser like a grown up” situation that we have recently experienced. We have the appropriate mechanism and if he isn’t impeached the country will be much diminished.

This is 4th Generation Warfare — words and narratives are used in place of of bullets and bombs. But they are still purposed to harm. And they do.

Precisely speaking, Biden’s unity-speak reads thus: ‘if you don’t vote Democrat and/or speak like a Marxist’, you cannot be ‘unified’ with. Get it?

What in Gods name are you talking about? You’re busy calling people names that they clearly aren’t. What does that make you? You certainly aren’t interested in unity. More like a fifth columnist on steroids.

Don’t you dare pretend you can dictate what an American patriot is. Your rendition of it is a twisted corruption of the concept. Take your deluded rabble masquerading as a well regulated militia and go home in shame.

On the contrary – this is an opportunity for republicans to come together and do what they know is needed. Specifically, calling out former president for his acts of sedition and treason. Acknowledgement of this is what moving the country forward in unity looks like.
The GOP has to do this one way or another or it will be crippled by its attachment to a pariah rogue ex president who blatantly attempted to overthrow the government.