Elizabeth Holmes, former CEO of blood-testing company Theranos, is set to stand for trial Tuesday on charges of fraud and conspiracy to commit wire fraud.

The Department of Justice (DOJ) indicted Holmes and her former business partner and ex-boyfriend Ramesh “Sunny” Balwani for nine counts of wire fraud and two counts of conspiracy to commit wire fraud in June 2018 related to alleged misrepresentations about Theranos’ blood-testing technology made to investors. Both Holmes and Balwani pleaded not guilty.

Holmes is the founder and former chief executive of Theranos, a health technology company that sought to create affordable blood-testing technology, according to the DOJ. Holmes advertised and told investors that Theranos’s technology could provide “accurate, fast, reliable, and cheap blood tests and test results” when she was aware it could not do so, the DOJ alleged.

Holmes achieved considerable fame, as the media praised her prior to the indictment. At one time the Theranos board of directors included former Secretary of State Henry Kissinger and former Secretary of Defense James Mattis. (RELATED: ‘The Inventor’ Producer Claims Elizabeth Holmes Lied To Her ‘Quite A Bit’) 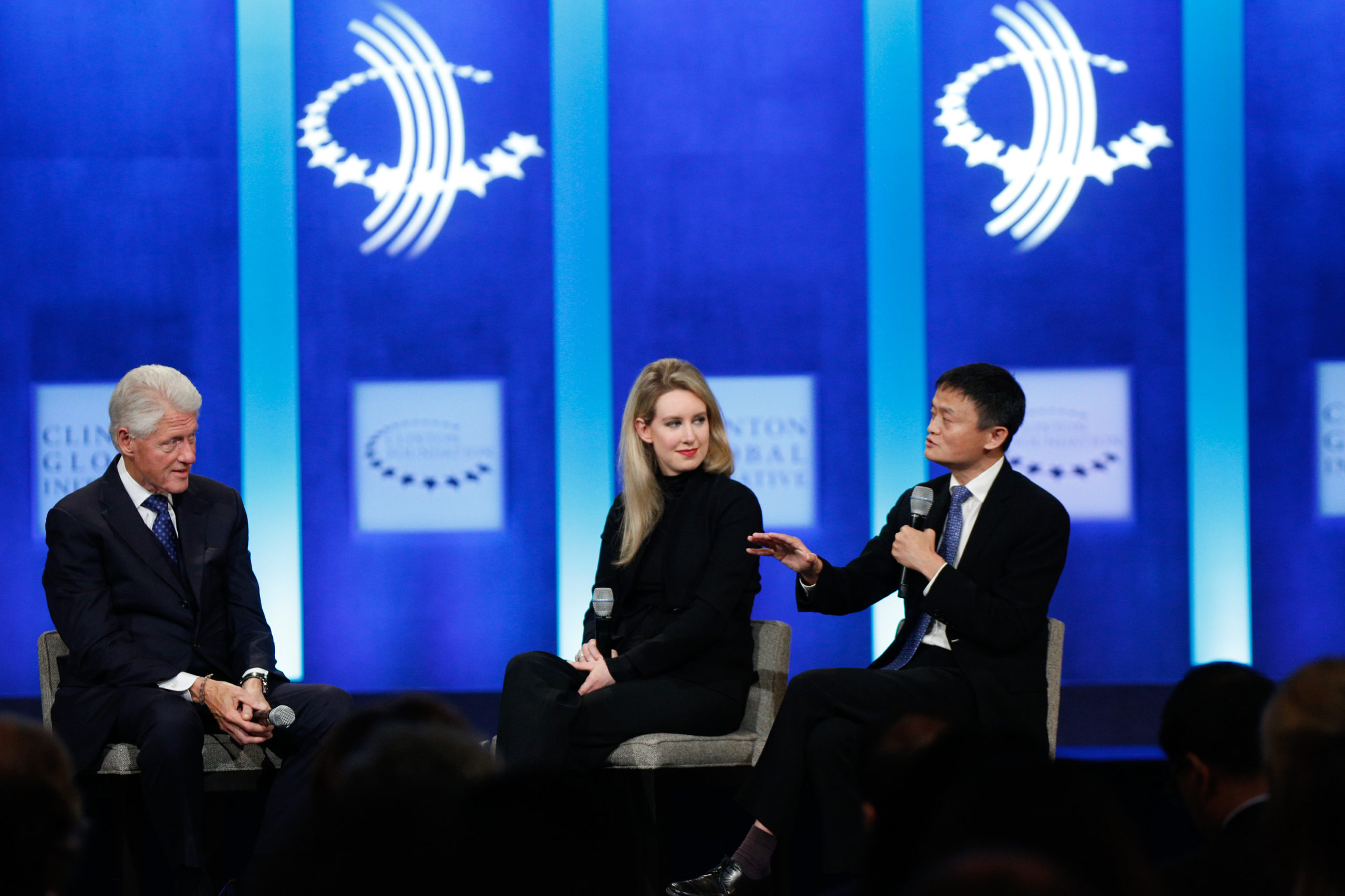 Holmes first drew controversy after a 2015 investigation by The Wall Street Journal found that Theranos only processed “a small fraction” of blood tests using its own technology and that “Theranos hasn’t disclosed that it does the vast majority of its tests with traditional machines.” One of the companies largest investors sued in 2016, claiming fraud, and the investor settled fraud charges with the Securities and Exchange Commission in 2018.

Holmes’ trial will center on whether she knew her blood-testing technology didn’t work and whether she intended to deceive investors.

“Either she had a device that could never work, or that couldn’t work yet. The latter is a more murky situation,” Nancy Gertner, a former federal judge and senior lecturer at Harvard Law School, told CNN.

Holmes’ trial is set to begin Tuesday, while Balwani’s trial will start in January 2022, according to the DOJ. Holmes plans to claim her relationship with Balwani amounted to a “decade-long campaign of psychological abuse” which eliminated “her capacity to make decisions,” according to CNBC.

Holmes’ attorneys did not immediately respond to the Daily Caller News Foundation’s request for comment.