In ordinary times, the Fourth of July is my favorite holiday.

Somewhere in the mix, I try to read the Declaration of Independence aloud if possible, or listen as someone else reads it.

And I’ll always say my own silent prayer of thanks that I was born here and nowhere else.

These are not ordinary times. 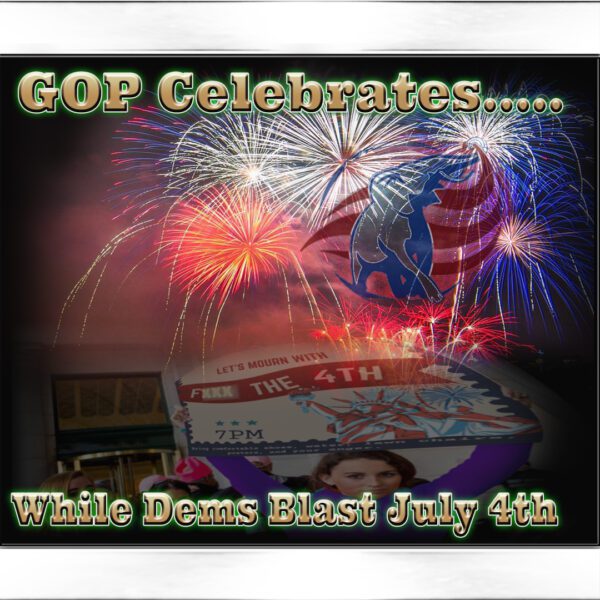 This year, the Fourth of July seems less like party time and more like time for an intervention.

America’s birthday comes while everyone is mad at our country.

I don’t mean mullahs somewhere over there, or Putin, or people like that. We don’t need foreigners hating on us; we’re mad enough at ourselves.

The left believes America has followed Donald Trump off a cliff of craziness antithetical to democracy and the rule of law, while the right believes the left (with their media co-conspirators) has subverted America’s core values to destroy us from within.

It’s hard to celebrate a birthday when you’re mad at the guest of honor.

These past few weeks have been, to say the least, ugly. Between mass shootings, Supreme Court rulings, seriously disturbing Jan. 6 testimony, a truckload of dead migrants and continued out-of-control inflation with no end in sight, the Fourth of July has arrived not as a respite from our troubles but as a begrudged obligation. With gas at seven bucks a gallon and the air grid bordering on chaos, running away isn’t even an option. Yet, if we have any hope of pushing through this ugly epoch, we’re going to have to find some common ground, right?

For most of our history, the Fourth of July and the American flag were givens, two symbols everyone could rally around. On the Fourth, these two symbols go together like hotdogs and mustard.

Ol’ John Adams famously said, “The Second Day of July 1776, will be the most memorable epoch, in the History of America … it will be celebrated by succeeding generations as the great anniversary festival … It ought to be solemnized with pomp and parades from one end of this continent to the other from this time forward forever more.”

Of course, he got the date wrong, July 2nd, rather than July 4th, because he wrote this in his diary after the Continental Congress voted to declare our independence, two days before the Declaration was published. Still, with the exception of the rebellious states during the Civil War, the Fourth has been celebrated as a secular holy day, with left and right agreeing for that one day to put aside what divides us to focus instead on all that unites us.

Today, we don’t even agree on the fireworks: they’re too dangerous in a drought and too upsetting for Snowball and Mr. Whiskers.

For many millions, the American flag is now seen as a partisan symbol, specifically a conservative/Republican expression of patriotism they don’t share. A friend recently told me, “I don’t fly the flag because I don’t want people to think I voted for Trump.”

The American flag flies at our house every day. This makes us unique on our block, and possibly suspicious to our neighbors and UPS drivers. When I installed our flagpole 20-plus years ago, it never occurred to me that flying our nation’s flag would be controversial — maybe in Tehran, but not in the west San Fernando Valley — but today it is.

How did this happen?

In the turbulent ‘60s, the right weaponized patriotism, declaring, “These colors don’t run!.” “America, love it or leave it” and “My country right or wrong.” Rather than fight for their rightful piece of American heritage, many on the left abandoned the flag and the Fourth and other traditional symbols of national identity thereby making them partisan by default.

If the Stars and Stripes are to remain the symbol of “We the People,” We the People have to embrace it, not just some of the people.

Click here to read the full article in the OC Register