Ventura County, CA — Eight women from Ventura County, including two from the local National Association of Women Business Owners Ventura County (NAWBO VC), joined 100 outwalkers in the 131st Annual Tournament of Roses Parade.  The marchers walked alongside the Pasadena Celebrates 2020 float titled, “Years of Hope. Years of Courage,” commemorating the 100th year celebration of the 19th amendment  granting women the right to vote. The outstanding  float with the powerful message took home the coveted Theme Award for most outstanding presentation of the parade’s theme, “The Power of Hope.”

NAWBO Ventura County members, Dawn Dyer and Brenda Terzian were among the 100 (mostly women) marchers and were joined by Ventura County’s Marni Brook, Tiffany Emhoff, Barbara Bellfield, Karen Fraser, Ladeane Taylor, and Riley Wagner. “The message we are delivering is so important. ‘Upon their shoulders we won the vote. Upon our shoulders we will protect it,’” said Terzian, co-owner of Doug Terzian Construction, Inc. and former NAWBO VC President. Dawn Dyer, of Dyer Sheehan Group, Inc., is the Founding Mother of the Housing Trust Fund Ventura County, and is one of eight California Delegates to Drexel University’s Vision 2020, a non-partisan national women’s equality coalition. The Delegates are spreading the “Women 100” message, which is a national celebration of American Women, marking a century of progress since women won the right to vote and setting the agenda to achieve economic, political and social equity. “It was extraordinary that our right to vote was granted by the brothers, uncles, and fathers of the women who came before us,” said Dyer. “It’s crazy to think that it came down to one single vote.” She refers to 24 year old Republican Tennessee State Representative Harry Burn who had planned to vote no on August 18, 1920 but ultimately cast the pivotal YES vote to ratify the 19th amendment after finding a letter in his suit pocket from his mother saying, “Hurrah, and vote for suffrage! Don’t keep them in doubt. … be a good boy and help Mrs. Catt put the ‘rat’ in ratification.”

Dawn Dyer has been traversing the county over the last year raising awareness about the centennial of women’s right to vote. She has sparked collaboration among local groups to host a series of suffrage-themed events. Dawn’s “Suffrage Passion Players” comprised of Ventura County women, perform her one-act play, “Use your Voice! Use your Vote!” as an introduction to her inspirational presentation about the history of women’s rights and the “Unfinished Business” of gender equality in America. The next local event will be on Saturday February 1st at the Museum of Ventura County where the League of Women Voters of Ventura County and Ventura Film Society will be screening On the Basis of Sex, an entertaining and inspiring feature film about the life of Supreme Court Justice Ruth Bader Ginsburg. Tickets are available at www.venturafilmsociety.rocks. 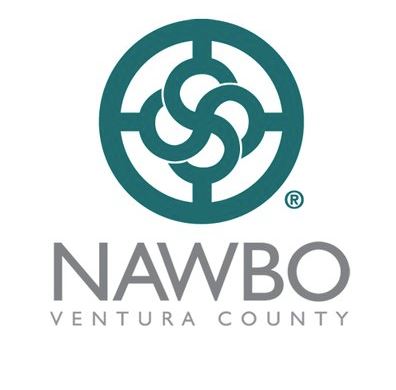 NAWBO Ventura County – Established in 1996, NAWBO Ventura County (NAWBO VC) has been furthering the aspirations of our  growing community of women business owners throughout the county for over 23 years. The chapter serves women business owners from the west end of the county, including Ventura, Oxnard, Ojai, and throughout the Conejo Valley, east to Simi Valley and Moorpark, and into Newbury Park, Thousand Oaks and Westlake Village. In addition to monthly meetings featuring instructive speakers and dynamic panelists speaking on timely topics vital to the growth and success of women business owners, the chapter hosts networking activities and events, including its annual BRAVO celebration honoring the Woman Business Owner of the Year among others. NAWBO VC also takes an active role in supporting favorable business legislation through a state-wide public policy forum. The national organization, NAWBO, has over 80 chapters across the United States with 11 chapters in California. Membership is open to women solopreneurs, small to mid-size business owners, partners, corporate owners, and female nonprofit founders and executives, as well as those companies that support women-owned businesses. Learn more: www.nawbovc.org.