It’s time to call for a vote from the U.S. House of Representatives on the impeachment inquiry of President Donald Trump.  Make it official; so “We the People” can vote you out of Congress.

“We the People” made it clear that President Donald J. Trump was our President—something the political establishment nor the media has accepted as they have worked non-stop since the pre-inauguration of the 45th president to impeach him.  President Trump’s opponents in Congress have not done their jobs working to pass legislation.  Meanwhile, the media has ignored the nation’s prolific economic turn-around and anything that this President accomplishes.

First, came the false narrative of Russian collusion by the President and his associates in the 2016 election with Russian officials that could not be proven after a biased investigation by Special Counsel Robert Mueller (May, 2017 to March, 2019) and a team of Democrat lawyers that cost taxpayers $25 million by December, 2018.

Now it is a July 25th telephone (30 minute) call between Trump and Ukranian President Volodymyr Zelensky that was leaked by an alleged Central Intelligence Agency operative working at the White House that has brought on the recent calls for an impeachment inquiry of the President by the U.S. House.

When was it not okay for two world leaders to talk?

The result of this call is that the Deep State is rising from the dead once again.   (Editor’s Note:  Please see link to https://www.citizensjournal.us/jordan-sekulow-we-told-you-the-deep-state-is-coming-for-him/.)

A whistleblower (who seeks anonymity) provides hearsay information on a form that is changed especially for the reason of making a complaint against the President.  The form is then is provided to an agency general counsel and then leaked to the public.  Whistleblower  protections are sought.  It has been reported that this whistleblower is “biased” and supports having another President.

Is this a true whistleblower or a spy planted in the White House with no first hand knowledge?  I say let’s take the vote in the U.S. House.   Let’s see how this will play out?

Write or call Speaker of the House Nancy Pelosi who seems to have lost control of her own delegation to the progressives led by Alexandria Ocasio Cortez (AOC) and her squad.   Write or call House Intelligence Chairman Adam Schiff, D-Calif., who gave a “fake parody” of the phone conversation between the two world leaders.

Democratic leaders are now asking for other phone conversations between President Trump and other world leaders?  Was this ever asked of President Barack Obama?  This is a “dangerous precedent” based on “false accusations.”

House Speaker Nancy Pelosi said she knew of the call between Trump and Zelensky on 60 Minutes this past Sunday before it was released to the public.  How is that possible?  Is she working with the whistleblower in advance of the complaint?   Why cannot the President know who is his accuser?  Doesn’t he have that right according to the U.S. Constitution?

(Editor’s Note:  For more information on GOP concerns of a “political setup” see:

The President’s critics claim that there was quid pro quo between the two presidents (“something for something; in which goods were transferred contingent on a “favor”) claiming Trump asked for a Joe Biden investigation.  (Note:  Biden while serving as Vice President did brag about demanding the prosecutor of his son, Hunter, be fired by the Ukranians in order for them to receive money during the Obama administration.  His son had received a lucrative contract from an Ukranian energy company.)

But look at the transcripts (declassified on Sept. 24 by the White House) for yourself; and see this a lie.  (Note:  Pay close attention to who is speaking in the phone conversation.)

(Editor’s Note:   For transcript of the phone call between world leaders go to:

World leaders—which include the American President—must be able to have private conversations.  Do you want your conversations made public?

The U.S. House is no longer paying attention to issues that concern America:   the border, gun violence, infrastructure, healthcare and the economy.  Instead, the nation finds itself in another witch-hunt against the President that is deeply dividing us.

If you don’t like the policies of this President:  Vote him out in November, 2020 or choose to proceed with an impeachment:  “We the People” will vote you out of office during Election 2020! 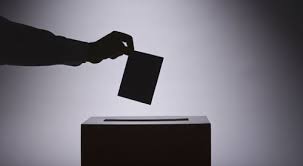 Michael Hernandez, Co-Founder of the Citizens Journal—Ventura County’s online news service; editor of the History Makers Report and founder of History Makers International—a community nonprofit serving youth and families in Ventura County, is a former Southern California daily newspaper journalist and religion and news editor. He has worked 25 years as a middle school teacher in Monrovia and Los Angeles Unified School Districts.  Mr. Hernandez can be contacted by email at [email protected].